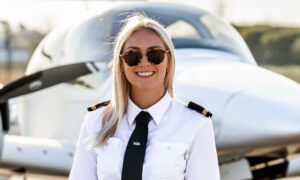 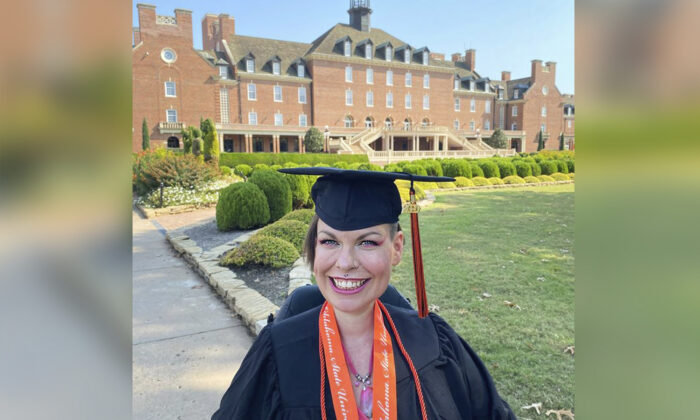 Years ago, when an Oklahoma vocalist’s debilitating illness took a turn for the worse, her dream of being a professional opera singer came to an abrupt halt. Recently though, Allie Williams decided to follow her dream anyway and succeeded.

Now, she hopes her example will inspire others to do the same.

Allie says that her rare neuromuscular disorder threatened to become a huge blow to her dreams. It was so severe she gave up a full-ride scholarship to Oklahoma State University.

Allie was diagnosed with spinal muscular atrophy at 18 months old. According to NBC, doctors told Allie’s family that she wouldn’t live past the age of 6.

“My dad was a singer,” Allie told ABC. “My mother was in choir. My sister played the clarinet. So, everybody in my family had some musical background.”

Like her parents, Allie, too, dreamed of being a singer and a music teacher; her degenerative illness made it difficult to pursue her studies.

“[The] disorder is progressive. So, as I get older, I get weaker,” Allie said.

Twelve years later, Allie came to reconsider her decision not to attend Oklahoma State. With a family history of music, it wasn’t something she could easily put behind her. She found herself substitute teaching in a high school music class and realized she still needed to pursue her dreams.

Ultimately, she decided not to let her condition stand in her way. She is now months away from being the first student in a wheelchair to graduate from the Greenwood School of Music at Oklahoma State University.

“I think I have the gumption and the push to do it, so I’m doing it,” she said. “I’m really scared about the senior recital, to be honest with you, because it’s 30 minutes of full singing.”

Due to her condition, such sustained singing can be quite difficult. However, with the help of a new FDA-approved drug called risdiplam, which helps reduce muscle fatigue and increase her vocal stamina, Allie is hopeful.

“[The drug] has helped a lot with how long I can sing without getting tired,” Allie said. “I’m just hoping I don’t forget my words. That really has nothing to do with anything other than getting nervous and forgetting.”

She added that she hopes her story will give others the strength to pursue their dreams no matter what.

“I hope [my story] brings joy to others who are disabled and want to chase their dreams,” she said.