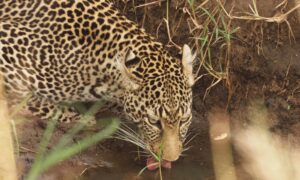 A Kenya Safari: The Trip of a Lifetime
0
Share Now
TelegramFacebookTweetEmailTellMeWeReddit
Copy Link 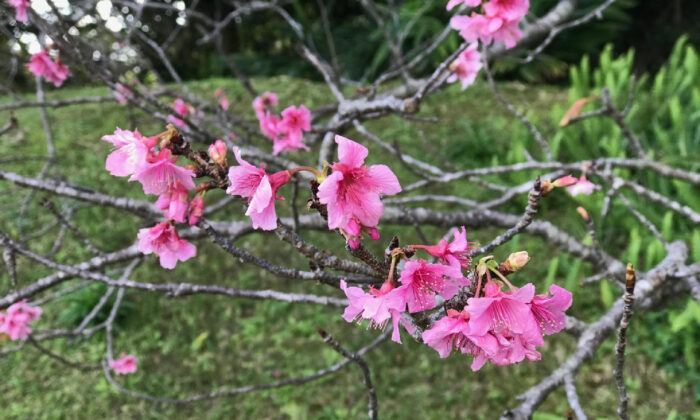 Okinawa: Sunny Island of the Immortals

Our Diamond Princess cruise had been almost perfect. We had departed two weeks earlier from Yokohama, visited Kagoshima in southern Japan, stopped in Hong Kong for the Chinese Lunar New Year and celebrated again in Taipei. The festivities had been limited because a mysterious novel coronavirus had been discovered in China just two weeks before the trip. Hong Kong had canceled its famed fireworks display and dragon parades. We had our temperatures taken in both Hong Kong and Taipei, but we weren’t particularly concerned.

Even though it was Feb. 1, we enjoyed warmer temperatures as we approached our last port: Okinawa. Japan’s southernmost prefecture has a subtropical climate, pristine beaches, and coral reefs that welcome snorkelers and scuba divers. It also boasts the earliest blush of Japan’s cherry blossom festivals. The blooms arrive the first week in February in Okinawa and continue up the island nation chain, reaching Tokyo in mid-March and extending to late May in the far north.

The ship was due to dock around 1 p.m., and my husband, Phil, and I had scheduled a private tour with two other couples at 2:30, but there was a glitch. Since Naha, Okinawa’s capital, would be our port of entry into Japan, we had to clear immigration. Usually customs officials board the ship and stamp passports after a cursory check. Shortly before arrival, however, an announcement declared that everyone—even the crew—had to disembark to have their temperatures taken and fill out a medical questionnaire.

“This is going to be a fiasco!” Phil said when it became clear there was only one thermometer for the whole shipload. “There are almost four thousand on board. It’ll take hours.”

After we told the front desk about our situation, we were issued priority passes, which saved the day. We were an hour late meeting our guide, Masumi, who told us that the delay caused all ship’s tours to be canceled. As we drove off I kept my eyes peeled for pink blossoms, but all I saw was a skyline that looked more like Miami than Japan.

“This island was flattened during the war and half the population was killed,” Masumi explained. “Almost everything you see is postwar construction, although some of our historic sites have been restored.”

“Is it true that you have many people who live to over 100 here?” I asked.

“Yes, Okinawa is called the Island of the Immortals because we have four times as many healthy centenarians as anywhere on earth. Most of our diet is plant-based, including tofu, bitter melon, seafood, and nori—seaweed—and especially our famous purple sweet potatoes. We say, ‘At 80 years old, I am still a child. When heaven calls for you at 90 we say, ‘Go away and come back when I am 100.'”

A highlight of Okinawa is usually a visit to Shurijo Castle, once the residence of the Ryukyu kings, but six of its buildings had been destroyed in a fire three months earlier. As we drove by the site, with its charred timbers and collapsed roofs, Masumi said, “Don’t worry. This is the fifth time our castle has been destroyed since the 1300s—most recently in 1945. It will be restored again.”

When we arrived at the Shikinaen Royal Garden, Masumi noted that the parking lot, which usually was packed with cruise ship tour buses, was empty. Here we strolled between rows of ancient banyan trees, each with its aerial roots creating a miniature mystical forest, crossed over the arched bridge, and admired the hexagonal tea house in the middle of the pond. I lingered behind, noting the garden’s symmetry from almost every angle. An egret regarded his reflection in the silvery water. Swirls from a trickling stream looked like Japanese writing. This was a moment I wanted to memorize: The ancient garden was the essence of everything I loved about Japan.

There was one—one!—cherry tree in bloom, but the flowers looked much smaller than the traditional sakura.

“This is a different species,” Masumi said. “It does better in a warmer climate.”

“Next time I come to Japan I will make a pilgrimage following sakura festivals from Okinawa to Sapporo,” I said, and she bowed in agreement.

Phil and I took selfies with the blossoms, not realizing it would be our last free moment on land for more than a month. Two days later, when we expected to end our cruise, we learned that a passenger who disembarked in Hong Kong had come down with what would later be named COVID-19. For the next two weeks we were quarantined on the ship by the Japanese authorities. Then we endured a grueling trip by cargo plane back to the United States and underwent a two-week federal quarantine at a Texas Air Force base. More than 700 of our shipmates would sicken; 14 would perish. Okinawa—our final port—turned out to be the last safe place for us. In a few weeks the whole world would suffer the same terrifying experience.