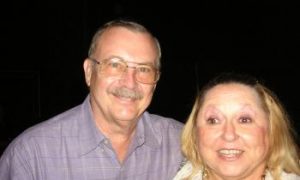 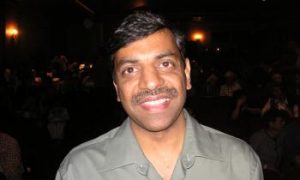 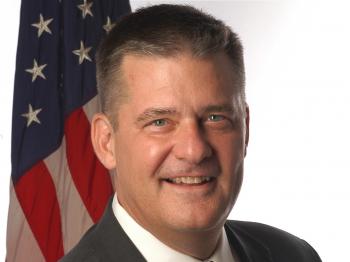 CHICAGO—Warm accolades from all levels of government greeted the return of Shen Yun Performing Arts New York Company to Chicago. The world’s premier classical Chinese dance and music company is set to grace the stage at Chicago’s gorgeous Civic Opera House for two weekends, beginning this Friday April 15, and continuing through Sunday, April 24. This is the fifth annual performance in Chicago by the New York-based company.

Illinois Governor Pat Quinn warmly welcomed Shen Yun in a letter of greeting, thanking the company for, “sharing classical and contemporary Chinese culture with appreciative audiences worldwide, through the presentation of dance, music and song. He called Shen Yun’s return to Illinois, “A wonderful opportunity for Chinese Americans in the Land of Lincoln to rejoice in their rich heritage,” and recognized that Shen Yun “gives all citizens the chance to embrace traditional Chinese culture and learn more about its history.” He praised Shen Yun’s organizers, saying, “the work of organizations such as these to broaden cultural awareness is truly appreciated.”

Mr. Rutherford stated, “The state of Illinois is honored to be among the states chosen to host the Shen Yun show and offer the Chicagoland area the opportunity to witness the beauty and magic of this sensational event.” He declared the show, “a renaissance of the long-lost treasures of China.”

U.S. Senator Richard J. Durbin sent his greetings and applauded “the commitment of Shen Yun Performing Arts to traveling around the world to showcase traditional Chinese performance and culture. The costumes, choreography, and music in these performances give international audiences, including those here in Chicago, the chance to enjoy the riches of classical Chinese performance.”

U.S. Senator Mark Kirk said, “It gives me great pleasure to welcome the Shen Yun Performing Arts to Chicago.” He applauded the efforts of the company to restore traditional Chinese culture and said, “In their performances, members of Shen Yun have continuously honored the timeless Chinese values of benevolence, honor, propriety, wisdom and sincerity.”

The nonprofit Shen Yun “seeks to breathe new life into traditional Chinese culture while providing audiences everywhere with an experience of sublime beauty,” according to the Shen Yun Web site.

Several members of Congress sent their greetings, including Jesse L. Jackson, Jr., and Mike Quigley. In his Letter of Welcome, Congressman Bobby Rush said he was pleased to welcome Shen Yun to Chicago, calling the world-renowned company’s return to the state, “A joyous event, a time to reflect on the history, heritage and traditions of China.” He thanked organizers for bringing the show back to Illinois.

Congresswoman Jan Schakowsky said, “It is a privilege to send warm greetings in honor of the Shen Yun Performing Arts.” She praised the company’s mission to restore classical Chinese culture and said, “Your organization’s devotion to bringing classical Chinese culture to life through music and dance is integral to maintaining and increasing awareness of the culture’s 5,000-year-old ideals and customs that have been threatened by campaigns such as the Cultural Revolution. Preserving these cultural traditions gives the public the opportunity to understand and appreciate Chinese customs. The company’s devotion to the Chinese community is truly appreciated.”

Illinois Secretary of State Jesse White offered his heartiest congratulations to the shows’ local hosts for bringing Shen Yun back to Chicago, and said, “It is a pleasure to extend my best wishes and warmest greetings to all those who will partake in this noteworthy event—an event that provides those of Chinese heritage a chance to celebrate their culture and traditions, while giving others an opportunity to be both enlightened and entertained.”

Mr. White said the show’s presentation in Chicago, “helped to overcome barriers, while accentuating success and achievement in the advancement of cultural pluralism and intra-ethnic dialogues.”