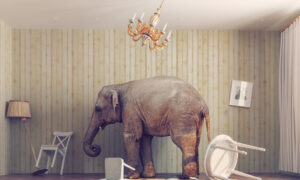 The Elephant in the Room
0
Share Now
TelegramFacebookTweetEmailTellMeWeReddit
Copy Link 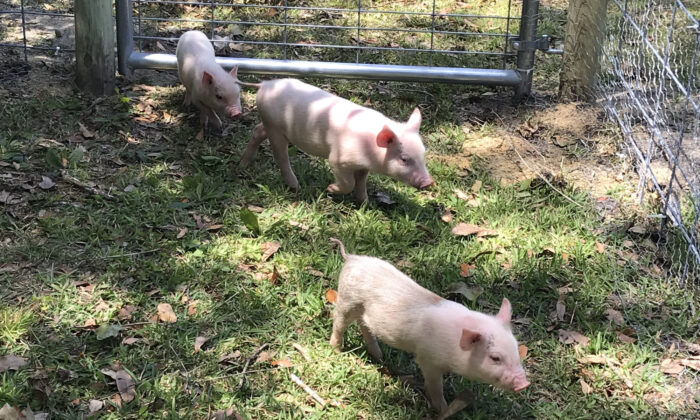 Of Snakes and Pigs: Life on a Florida Farm

My first impression of the farmhouse was awe. It was a refreshing paradox from what we had left behind. A worn, old, brick dwelling sat majestically on four acres of sun-bathed grass, framed by untamed woods just waiting to be explored. Dragonflies floated through the hot summer air. We walked inside—and did a double take. The interior of the house didn’t quite fit with the wild splendor of the yard. The house had been branded a teardown, and we children could see why. My little brother found one thing he liked: the powder blue “softy” rug, as he called it. The unusual level of plushness was likely due to the layer of thick, white mold resting serenely atop. Outside, the mysteriously, beautifully spreading woods were found to conceal venomous serpents in large numbers. After several close calls, further exploration was halted by Mom. It definitely wasn’t a regular home; were we up to the challenge?

We moved to that outback abode from a very different setting. The home before was one of many, clustered in a pristinely planned subdivision. Although life was neater, there was room to be desired. From the inside, the home was a mini, middle-class mansion. Two stories, four bathrooms, five bedrooms—plus a few bonus rooms that rarely saw use. But, in typical fashion for the housing genre, the outside wasn’t nearly so spacious. The tiny yard was only just big enough for our massive house to perch on. We often found ourselves running through five or six of our neighbors’ backyards just to pass a football, and once fences were raised, it became too impractical to clamber over barriers every time someone missed a pass. If we aimed our games in the other direction (the short slope direction), the ball would invariably jettison into the man-made pond that enveloped the neighborhood like a regal moat. We did not find our inner gardeners there, either. The grueling heat was a prime deterrent from outdoor activity in a confined space. We were grateful to have a comfortable home, but it wasn’t the landscape of my childhood dreams.

That house needed no extra work. The truest shortcoming of our home in Jacksonville was not related to size or work though; instead the problem was Dad’s frequent deployments from home. His endless months at sea were frightening times for us. That all changed when we moved. Instead of deploying for the Coast Guard, Dad taught flight school and stayed local and fixed our new farmhouse in all his free time. It seemed that everything needed renovation: the kitchen, the den, the sewer, even the ceilings. Dad all but rebuilt the house from the ground up, working harder than the few men he hired to help, like for example the ever absent electricians.

In the off-time we kids ran errands with Mom, or swiped gleefully at the dragonflies in the yard with butterfly nets. One of our favorite destinations was the hardware store. We always wondered why we had to sign a waiver when we went in, as we giggled up at the unlikely sight of toilets dangling from the ceiling. Those were happy times.

I am, by nature, an allergic kid. During the subdivision years, before we moved to our mini-farm, the only pets I’d ever had were betta fish. Animals have fascinated my interest for most of my life, but to live amongst them is another matter. Let’s start with the snakes. Vipers haunt my new yard, and it is disturbingly impossible to see them unless you are practically on top of one. I have found snakes poised in such heinous positions one would hardly believe they could be there, and yet, there they are: behind the barn, coiled at the edge of the grass, in the ditch, slithering through 90-degree heat on the road, and too often, right beside my foot. Aside from being a backyard hazard that keeps us looking downward, they are just plain creepy.

To counterbalance the forces of evil, our field has also become the glorious stalking ground of a mother bobcat and her baby! They are a thrill to see, as is the ominous effect they have on the deer. We have even heard rumors of bears in the woods, but I have yet to witness their effect. And, not all of the native animals are so beastly; deer abound in, and armadillos crash through, the woods, both leaving their pitfalls all about the yard. We also have several resident hawks, and an eyrie of eagles who are beloved by my whole family, particularly because they help cull the water moccasin population. There is a bayou behind it all, which only became visible after we battled thorn bushes and swamp devils to see the sparkling water. The wildlife out there is the most intriguing: pelicans, cormorants, bull sharks, alligators, and high-jumping fish complete the resident menagerie. For extra security, we got a hypoallergenic Goldendoodle to manage the crowd. She is tougher than she looks.

The home is fixed now. Dad worked hard and we helped too. It is not big but it is beautiful. We gave up our playroom for play room outdoors. We can spread out and play family games of football, soccer, and even baseball now.

Plus, we added domestic life to the wildlife. We got bunnies that my sister cares for because apparently I am still not evolved enough to tolerate rabbit fur. We also raise pigs, and guess who the pig farmer is? It turns out I am not allergic to swine. Sometimes it can be hard work taking care of them, but I find that the reward of supporting life is well worth the effort. I now understand all of those pig-related expressions, and can tell you firsthand, a pig really does stink. But I can live with it. One Sunday morning recently, while I was hurrying to feed the pigs before church, I became confused by a loud quacking sound as if from a relentless duck. I drew closer to investigate the source of the noise and was blindsided by a baby piglet half-buried under his mother in the pigpen. My dad and I gathered him inside and tucked him in front of the space heater while my mom prepared a bottle.

As I felt his thumping heart under my hand, I was deeply touched by that small miracle of creation. New life came into being! I realized that from the moment of its conception, life is beautiful. For me, the greatest diversity between our subdivision lifestyle and a spreading farm is the cycle of work and life. I work harder now, but the reward is great, and life is good.

John Falce is 12 years old. He is Catholic, lives with his military pilot father, Florentine-trained artist mother, two brothers, and sister on a four-acre hobby farm in Milton, Fla. He is trying his hand at raising pigs when he’s not at school. John got into writing while obligingly editing for his mother’s book. He loves a good story and hopes you enjoy this one.