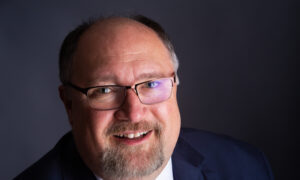 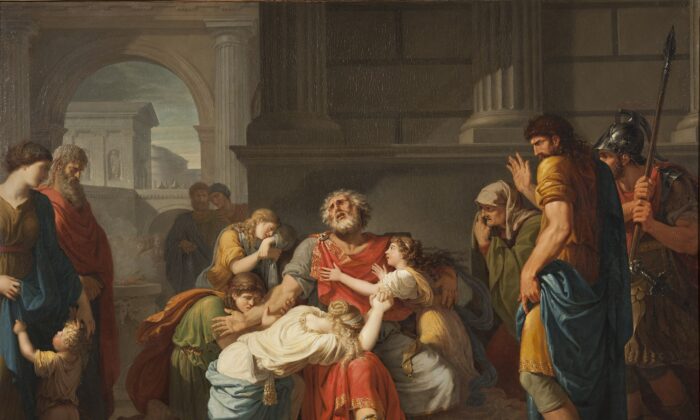 ‘Oedipus Rex’ and the Natural Theater

Sophocles’s “Oedipus Rex” predates us by approximately 2,500 years. By today’s standards, it should have little, if anything, to teach us. After all, it does not speak to the realities of contemporary life. And if we go by today’s “realities,” almost anything cultural or philosophical has the shelf life of a cellphone: We must trade it in every year in order to remain relevant.

The fact is, however, that like the inalienable rights that Thomas Jefferson outlined in the Declaration of Independence, which the founders believed were guaranteed by “Nature’s God,” “Oedipus Rex” has stood the test of time by exemplifying what I am calling “Natural Theater.” This is theater that understands the permanence of human nature and seeks to portray humanity with all its flaws, countered by all its joys, with the ever-present hope of redemption.

Despite a nearly 2,300-year difference, the American experiment looked back to the ancient world for an understanding of what it means to be human. Using this knowledge, the Founders were able to create a government and societal construct unequaled in history. “Oedipus Rex,” then, contains the necessary elements of both the Natural Theater and the American founding, making it a play that should resonate strongly with American audiences.

Natural Theater Versus Theater of Misery

The Natural Theater celebrates life as worth living. How surprising it is to reflect upon the horrors that Oedipus endures and come to the same conclusion!

One great difference between the Natural Theater and the Theater of Misery (the latter is the common contemporary theater formula that presents unrelenting doom and gloom as the norm of everyday life) is that the Natural Theater shows suffering as being, first, natural to the human condition and, second, redemptive, as opposed to unnatural and decidedly one-sided as in the Theater of Misery.

The way in which Oedipus, the man, defines himself shows us the distinction between a Natural Theater hero and a Theater of Misery antihero. Oedipus defines himself with the simple “I am Oedipus” twice: once at the very beginning of the play when he is asserting his fame and prestige, and again at the end of the play when he has discovered his own terrible destiny (“Oedipus the King,” Robert Fagles’s translation). His first boast exemplifies the Theater of Misery: “I am a person of infinite value”; his second proclamation illustrates the Natural Theater’s stance on worthy human character: “I am responsible.”

It is this latter realization that allows us to sympathize with yet still admire Oedipus. Any protagonist who accepts himself or herself as the primary reason for his or her own downfall is at home in Natural Theater.

The Founders and Free Will

The question that not only permeates “Oedipus Rex” but also remains a dilemma through the ages is that of destiny versus free will. There is no question as to where the founders, particularly Jefferson, stood on the issue. They were followers of John Locke, who believed that men and women are free in a state of nature and that by way of our inborn reason are able to decide the direction of our lives, unimpeded by government. Our freedom is endowed to us by Nature’s God, but God, like the government envisioned by the founders, neither intrudes nor directly controls, allowing human beings to set upon a course of action and determine our fate. It is government’s job to secure these natural rights.

At first blush, this is not the way “Oedipus Rex” operates. The populace, represented by the chorus, looks to Oedipus (that is, the government) to save it from the plague raging in Thebes. In this respect, the play closely resembles the way many people today, unfortunately, think the government should operate.

Oedipus is shackled by the Oracle’s prophecy, even though he does not realize it at first. Ultimately, he is not able to escape his predetermined fate, and yet he is afforded one act of free will: He decides to blind himself rather than commit suicide when he understands that he is the murderer of Laius, the former king and his father. Thus, he exercises his free choice while acknowledging that which is beyond his control:

“Apollo, friends, Apollo—
He ordained my agonies—these, my pains on pains!|
But the hand that struck my eyes was mine,
mine alone—no one else—
I did it all myself!”

The chorus challenges this decision: “How can I say you have chosen for the best/ Better to die than be alive and blind.” And Oedipus, as is typical of him, scolds them: “What I did was best—don’t lecture me.”

His ability to choose his destiny—even while accepting the natural order (as exemplified by the Oracle’s prophecy)—becomes a badge of honor in Natural Theater. Imagine a modern-day Oedipus as depicted by a practitioner of the Theater of Misery: He would blame all his misfortune not on God (because God doesn’t exist) but rather on the political machinations of a world mired in hatred, bigotry, and meaninglessness. In that world, Oedipus is the innocent victim irrespective of his crime of murder.

This is, of course, not the world Sophocles is depicting at all. Rather, he is portraying a world order that has temporarily lost its way and must be set back on its natural path, much like our American Founding Fathers encountered when their natural right to liberty was being threatened by the mother country, which had become a hostile and invasive government.

Oedipus’s fate—a combination of the laws of the divine and his own free will—culminates not in hopelessness but in redemption of society’s greater good. With his destiny fulfilled, the plague upon Thebes ends, and order is restored under the level-headed rule of Creon. With the world righted and the design of the universe confirmed, the play concludes with the chorus both praising Oedipus (“Who could behold his greatness without envy?”) and showing empathy for him (“Count no man as happy till he dies, free of pain at last”).

As is typical of Natural Theater, there is sadness, terror, and struggle (or else, truthfully, would we have theater?). But there is also the sense that the world can be set right, just as Jefferson assumed in the Declaration of Independence when he noted that human beings are naturally entitled to “the separate and equal station to which the Laws of Nature and of Nature’s God entitle them.”

The founders of America used their recognition of human frailty as the foundation for our republic, lest we forget James Madison’s assessment in Federalist 51 that if “men were angels, no government would be necessary.” So, too, do the great plays of Natural Theater acknowledge the imperfections of humankind as well as the ability for it to thrive despite those imperfections. This recognition is the gift that Natural Theater bestows upon us, and it is all the more precious when we realize that our founders looked at humanity in a very similar way.

We must, therefore, enshrine “Oedipus Rex” in the canon of Natural Theater. The world in which Socrates wrote looked nothing like the world of our founding and certainly not at all like our contemporary world. Yet we have not been able to cast off the relevance of “Oedipus Rex,” nor should we.  It remains a valuable teacher whose lessons cannot be dismissed unless and until humanity somehow breaks the hold that Nature’s God has on it. Don’t expect that to happen anytime soon.

Robert Cooperman is the founder of Stage Right Theatrics, a theater company dedicated to the preservation of the founders’ vision through the arts. Originally from Queens, New York, he now lives in Columbus, Ohio, where he earned his doctorate at The Ohio State University.