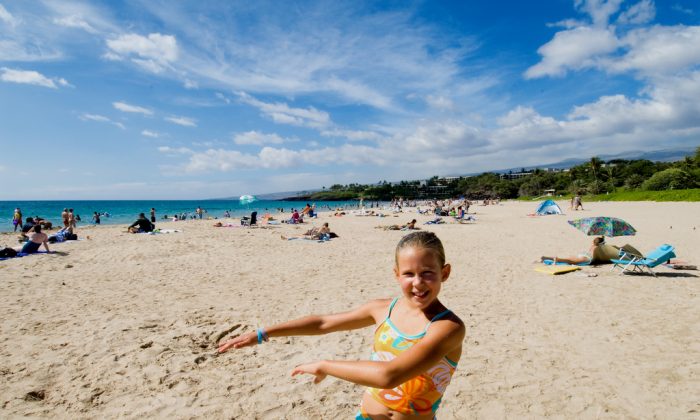 Obsessive ‘Sharenting’ Could Be More Than Digital Narcissism

It’s summer and Facebook news feeds are awash with idyllic, sun-drenched snapshots of family life. This kind of “sharenting” is bigger than ever but we rarely stop to think about whether it is appropriate, why we do it and whether we might use social media for something less self-indulgent.

Whilst we are all familiar with the derogatory stereotype of the “Soccer Mum”, who lives through her children, how many of us are actually embroiled in digital lives played out through our children to the same extent?

The constant uploading of positive imagery – as advocated by well-being challenges 100happydays and apps Blipfoto – are obviously personally uplifting exercises but they can, at the same time, paint a rose-tinted picture of family life that represents a very partial view of reality. Recounting the stories of our lives is a tantalising and compulsive pursuit, and it is easy to forget how others might react.

A recent project on the subject of “digital birth” by George Filip highlighted some very interesting online practices that start even before the birth of a child. At the extreme, as reported by the bluntly named blog STFU, Parents, expectant mothers assume the identity of their unborn child: using a sonogram image as a profile picture and posting in character. One even set up a “bwog” for the foetus where visitors were invited to “guess when I will be born and win a pwize from my Daddy”.

And given that social networks often include our childhood friends, it sometimes feels as though we’re reliving playground anxieties and rivalries through the next generation. Because we don’t necessarily know who will see our post when it goes live, we feel obliged to portray ourselves in a good light, even when entering into serious exchanges.

So what fuels this insatiable need as a parent to share our family experiences? Perhaps the old African proverb: “It takes a village to raise a child” can help us understand our motives. In a world where people often need to travel for work, live abroad or live apart from more traditional figures of support such as the extended family, social media can become a digital village offering a replacement support structure.

At the end of a long school term, children and their parents can reach breaking point and come close to nervous exhaustion. Under these circumstances we might find it reassuring that other parents in our social networks care and understand when we feel isolated and at our wits end.

Research has found that new parents who post pictures of their child and receive responses report greater satisfaction with parenthood and, although frequent visits to Facebook are associated with higher levels of stress among mothers, it may be that they turn to Facebook for support and information when they are feeling stressed. That view fits with research indicating that social networking can be a useful source of new information for mothers with preschool-aged children in particular.

The tension between motivation for sharing and concern for self-representation has been seen again and again in our more general use of social media. The no make-up selfie trend received criticism as both narcissistic and demeaning, however well intentioned. For parents it is not just the self but the offspring that can become the vehicle for likeability and social affirmation.

In carefully curating digital images of our family lives it is almost as if we are pre-empting the rosy view hypothesis. This is the idea that we tend to remember positive events because negative aspects recede or are reevaluated to produce a memory of the experience that is positive.

A counter-trend is emerging as a kind of antidote to the relentlessly positive pictures parents post online, whether they do it to gloat or in search for support. Bloggers are deliberately chronicling the messy and chaotic aspects of parenthood. These less-than-rosy depictions offer a balance but can appear as partial, if entertaining, representations of everyday family life too. Films made by combining a second of footage from each day, such as this one made by Danny Pier to document his wife’s pregnancy, seem to occupy a position somewhere in between the two trends. Many of the shots are mundane but, taken together, the film aims to depict their lived experience as uplifting and joyful and amounts to more than a series of snapshots.

Rather than always selecting the best pictures, perhaps we might also benefit from sharing photos taken at the same time every day, no matter what. This could bring greater emotional variation to “journaling” activities such as #100happydays, enabling users to analyse negative feelings as well as savour positive ones.

Apps like Echo go further by encouraging not just the recording, but also later reflection on digital media over time, in order to identify patterns of behaviour and how these could be improved. Of course, using an app on a personal device to reflect on one’s day-to-day life is a very different prospect to doing so on social networking sites – but imagine the possibilities for working through issues over an extended period. It can help put our experiences in perspective and enable us to count our blessings.

While it seems unlikely that any of us will be rushing to share all aspects of our less-than-perfect realities on Facebook any time soon, it’s surely worth giving some serious thought to how we could change our current priorities.

What about a charity initiative that uses social media to invite you to engage with someone else’s situation? It could be called Seven Days of Reflection. Each day a charity could highlight a current appeal as seen through the eyes of someone affected by that issue in a post to your news feed. There could be a voluntary donation button and people could nominate each other to take part. We could try to widen our perception and use social media not as a relentless vehicle for self-promotion but as a medium for positive personal and societal change.

This article was co-written with child emotional well-being consultant Jessica Maliphant. Sarah Martindale receives funding from RCUK Digital Economy Theme for the project Charting the Digital Lifespan (EP/L00383X/1). This article was originally published on The Conversation. Read the original article.