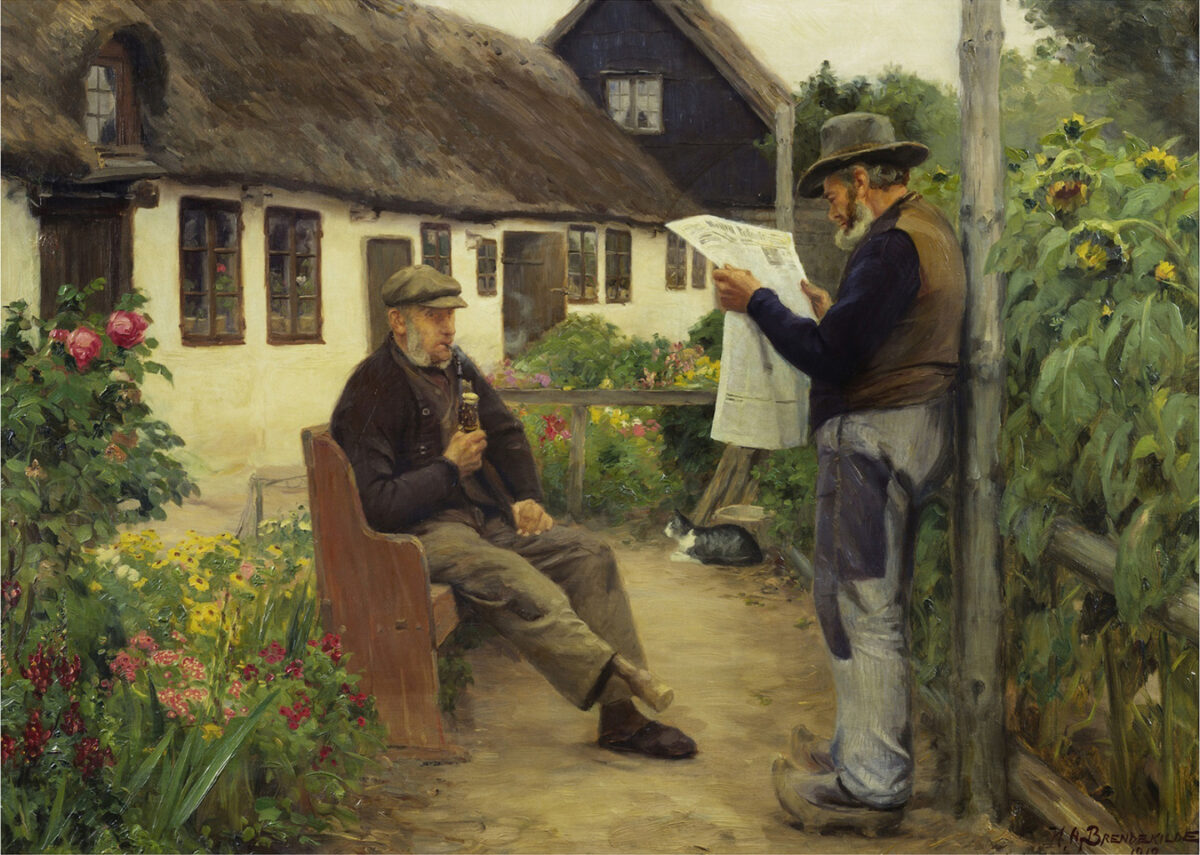 O. Henry’s ‘A Newspaper Story’: The Power of a Newspaper

The press connects us to a community that we don’t often acknowledge. It enables us to look beyond our own individual lives to notice the lives and actions of those around us.

O. Henry’s short story “A Newspaper Story” shows how a newspaper on a certain day has power beyond its printed pages to do good.

The newspaper in Henry’s story begins its journey at 8 o’clock in the morning, when a disheveled young man, Jack, shoves the newspaper into his back pocket with his gloves. As he hurries along, he doesn’t notice that the paper and gloves fall from his pocket. When he finally realizes his gloves are gone, he irritably turns back to look for them.

The newspaper has placed itself (with the gloves) on a street corner where Jack finds them. But he forgets the gloves and paper, for he finds himself “holding two little hands … and looking into two penitent brown eyes.” He does not know how he came to be with the lady he loves, but he is thankful that the newspaper has brought him here at this exact time.

Carried on the Wind

The newspaper helps not only Jack but also young Bobby, who longs for the affections of a certain young lady. It rides on the wind until it throws itself into the face of Bobby’s skittish horse. The horse spooks and throws Bobby to the ground in front of a certain house.

As he sits there, a young lady runs out and exclaims: “Oh, it was you; it was you all the time, Bobby! Couldn’t you see that?” The newspaper has deposited Bobby in front of his love’s home and helps to win her love.

After reconciling and reconnecting two young couples, the newspaper moves with the wind to help another. It travels until policeman O’Brine stops it “as a character dangerous to traffic.”

As he straightens the pages and reads the headline, “The Papers to the Front in a Move to Help the Police,” Danny, the head bartender at Shandon Bells Cafe, calls O’Brine in for a drink. Refreshed, O’Brine steps back out, ready and willing to perform his duties. Whether the bartender read the article supporting the policemen or not, the newspaper plays its part in supporting this policeman.

Officer O’Brine helps the newspaper on its journey by tucking it under the arm of little Johnny, who is on his way home.

Used in Other Ways

The newspaper comes to Johnny’s house where it is picked up by his sister, Gladys. This pale, dull, discontented-looking girl has been searching for the key to beauty. As she prepares to go out, she wrinkles a couple of pages and pins them under her dress to imitate the sound of real silk, and it gives her confidence.

Gladys walks past her neighbor, who is envious of Gladys’s dress and says something mean but which Gladys ignores. This encourages Gladys and, as she walks on, her eyes sparkle, her cheeks blush, and a beautiful, triumphant smile lifts her face. The newspaper inspires beauty in her.

The newspaper passes from the beautiful Gladys to her father, who is a labor leader at work. He has been provoking the workers to strike. But that day, instead of going to work, the newspaper’s puzzles distract and divert him for hours. Because he does not come to work, the workers are appeased, and a strike is prevented.

The last pages of the newspaper make one more helpful contribution.

Just like Gladys, Johnny takes a couple pages for his own use. Expecting punishment from his teacher, Johnny places the pages in his clothes so that they reduce his corporal punishment. There, the newspaper plays its part very well.

For young and old, in love and in work, the newspaper helped everyone it encountered.

In his collection of essays “Fancies Versus Fads,” G.K. Chesterton takes another view, citing newspapers that don’t help people: “It seems impossible to exaggerate the evil that can be done by a corrupt and unscrupulous press.”

While Chesterton is correct, Henry’s story shows that even though we do not see or agree with everything in a paper, a good newspaper, and perhaps even a bad one, can build a community in a way we might not see and could not have done ourselves.

“A Newspaper Story” shows us the power and potency of the press. A newspaper may bring people together, inspire, bring confidence, and help divert disasters.