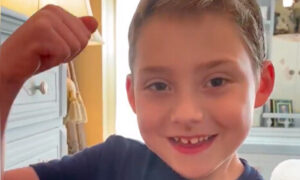 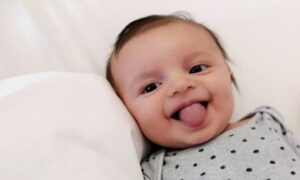 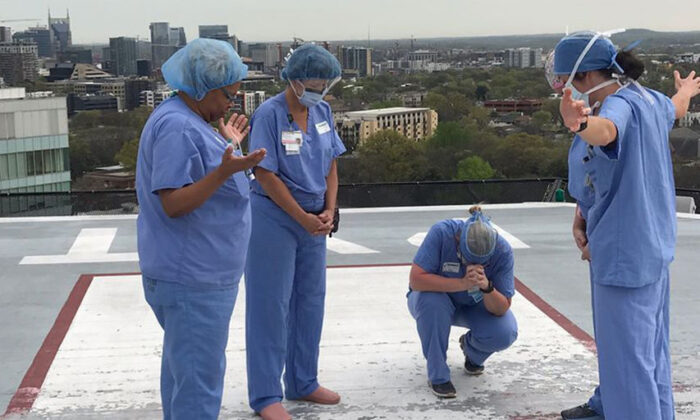 As the battle against the CCP virus continues, more and more medical staff the world over have been working long hours to help and care for patients on the front line of overcrowded hospitals.

In the midst of their continuous efforts, a group of five nurses from the labor and delivery unit at Vanderbilt University Medical Center in Tennessee took a prayer session to guide them in their prolonged fight. The powerful moment that occurred at the helipad of the hospital has now become viral after a nurse shared pictures on Facebook.

“When you have a few extra minutes at work you take the time to go to the Helipad and pray,” Angela Gleaves began her post. “We prayed over the staff in our unit as well as all of the hospital employees.”

When you have a few extra minutes at work you take the time to go to the Helipad and pray. We prayed over the staff in…

According to TODAY, one of the five nurses, Sarah Kremer, turned 38 on March 30 and wanted to hold a special prayer session in the midst of the CCP (Chinese Communist Party) virus, commonly known as the novel coronavirus.

Kremer reached out to Gleaves the night prior with her request. Gleaves, who has been a nurse for 22 years, then reached out to the flight communicator of the hospital in order to ask for some time to pray at the helipad before she and her colleagues could get to work.

“I felt compelled to ask my friends to join me in prayer due to the fear and anxiety we’re all feeling every day at work,” Kremer told Good Morning America.

The next morning before work, Kremer and Gleaves were joined by Beth Tiesler, Tanya Dixon, and McKenzie Gibson, who made a powerful plea to God with bowed heads and conjoined hands.

Kremer shared that she chose the helipad as the prayer spot to “lay a cover of peace over the entire medical center.”

Gleaves, who felt amazing to pray with her co-workers for the first time, wrote, “We also prayed over the patients and their families during this trying time. We also prayed for all of our colleagues around the world taking care of patients.”

“We could feel God’s presence in the wind,” she further added.

Their cry for hope amid the global pandemic touched many hearts nationwide. Gleaves’s pictures have been shared over 1,000 times with social media users offering their support.

“Been praying for all of our medical teams!!!! Thank you for all you are doing!!!” one social media user wrote.

While another commented, “Love this and thank you all for praying for us all in this stressful, uncertain time thankful you all.”

Gleaves, who shared their motto is faith over fear, wanted “[e]veryone to be comforted in knowing God is always with us no matter what.”

Vanderbilt University of medicine, which has 20,000 employees, now leads the state of Tennessee in the fight against the global pandemic, WKRN reports.

In addition, Vanderbilt University Medical Center has also provided an option called “Gratitunes” on their website for people to show their enormous support to medical staff who have been working tirelessly during the COVID-19 outbreak. By dedicating a tune to the doctors and nurses, the song gets added to their playlist, which is then streamed at clinics to “reduce anxiety and lift spirits.”