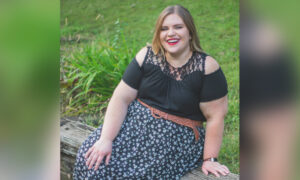 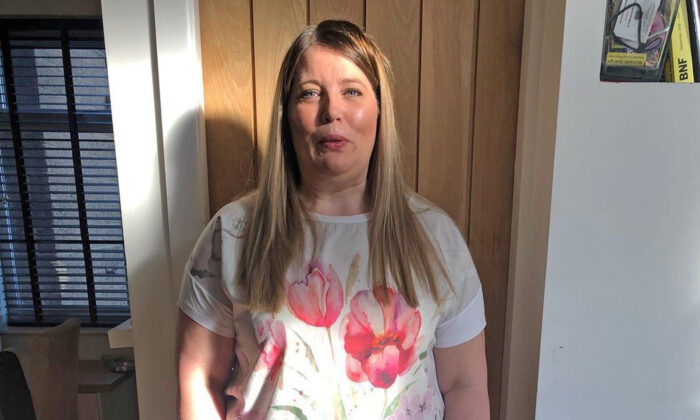 A nurse who dealt with an abusive relationship for 10 years had tipped the scales weighing a whopping 18 stone (252 pounds/114 kg) after she went comfort eating to deal with the trauma of her ex-partner. However, since she decided to mend her ways, she has shed 8 stone (112 pounds/51 kg), looking unrecognizable now.

Michaela Nyanga, 44, from Huddersfield, West Yorkshire, said her ex-husband—whom she decided not to name—had emotionally bullied her for years that her confidence had hit rock bottom.

“[He]had drilled into me that I was fat and ugly. [H]e would often tell me that I was repulsive and would never be able to meet anyone else if I left him,” Michaela shared.

Recalling several incidents from her abusive past, Michaela said her husband would remove her plate or pull the fork out from her mouth while eating outside or at home, indicating she had eaten enough.

On Boxing Day 2015, Michaela found the courage to leave her husband after he slapped her so hard around the face that he perforated her eardrum. The following year, numerous stressful court cases ensued, and her ex-partner was found guilty of assault and breach of a non-molestation order.

“Since managing to find the strength and courage to escape such an abusive relationship I was suddenly able to eat what I wanted when I wanted,” Michaela shared.

For the next four years, the mother of one began comfort eating to cope with the stress of her ordeal and was wearing a size 24.

Her lunch comprised sandwiches, crisps, chocolate, and fizzy drink or takeaway. While for dinner, Michaela would choose to eat three rounds of toast/microwave meal. If on a night shift, the nurse would opt to eat pizza, Indian, pies, and chips. Additionally, for snacks, Michaela chose to eat chocolate bars and crisps.

“[F]inancially I was struggling due to the mountain of debt I had been left with food choices were often cheap and unhealthy, or some days going without to ensure my daughter had meals,” Michaela shared, referring to her choice of food options.

Michaela then worked for 40–100 hours per month to get herself out of debt, and in January 2020, she joined The 1:1 Diet by Cambridge Weight Plan.

“I needed to become a better role model for my teenage daughter and not once during my time on plan did I take a day off for a ‘cheat meal,’” the nurse said. “As I’m a nurse the quick and convenient meals from The 1:1 Diet were great for me as I could eat on the go.”

Her diet now comprised a breakfast that included Branflakes or fruit with The 1:1 Diet porridge. For lunch, she opted for chicken salad, and for dinner, she ate homemade meals from Gusto and chicken Thai curry. Ditching unhealthy snacks, Michaela munched on The 1:1 Diet snacks/fruit.

She has since lost 112 pounds (approx. 51 kg) and is now even a consultant herself.

“In just 28 weeks I achieved my target of 11st 1lb [155 lb] since achieving my target I have lost a further 5lb working back through the steps.

“For the first time, those words of being repulsive and not being able to meet anyone don’t continually ring through my ears.

“I am confident and don’t need validation from someone. If I meet someone it will be when I want to and not because I’m worried about what he said to me will come true,” Michaela shared.