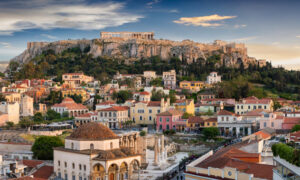 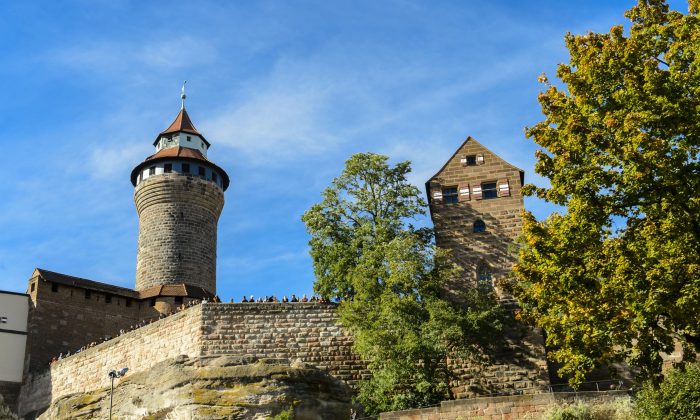 Historians may argue that Berlin is the only city in Germany that gives a powerful impression of the highs and lows of the country’s history, but Nuremberg also offers historical discoveries that go far beyond the Nazi propaganda rallies that took place there from 1923-1938.

Located in the state of Bavaria, Nuremberg is distinguished by its medieval Old Town (Alstadt); Kaiserburg Castle, the city’s most famous landmark; the bustling Hauptmarkt (central square) home many annual fairs and festivals; and Frauenkirche, a stunning 14th-century Gothic church.

During a recent trip to Nuremberg sponsored by the German tourist board, it became immediately clear that the city is proud of its Bavarian characteristics, cliché as they are. These include gingerbread, dumplings, beer and breweries, sausages, and the national costume: lederhosen for men, and for women an embroidered dress called a dirndl. But did anyone realize that there are over 40 museums in this city, including the German Railway Museum and the Nuremberg Toy Museum?

The first day of my visit, I signed up for a daylong customized tour focusing on art and culture.  A guide from the city’s tourist office took our group to several key sights, including a well-deserved stop for lunch at the Goldener Geier (Golden Vulture), a 16th-century restaurant where we sipped a crisp white Franconian wine with our veal cutlets.

I learned during this tour that along with being a bustling trade fair destination post-Second World War, Nuremberg, which was settled in the 9th century, was a strategic point on the spice route to Germany’s northern cities and to Scandinavia.  The city was also the capital of the Reformation, an anti-Catholicism movement led by Martin Luther which begat the Protestant religion.

Nuremberg has one of the world’s oldest annual Christmas markets, dating from 1628. It is also the birthplace of the master engraver Albrecht Dürer (1471–1528), Germany’s most famous artist.

The massive half-timbered house where Dürer lived and worked for nearly 20 years, from 1509 until his death, survived the bombings of the Second World War and is now a museum. The house will be of interest to art historians because its rooms convey the authentic atmosphere of its era. Visitors can experience a living workshop where artisans-in-residence recreate copperplate engravings and then make prints from them using a large relief printing press.

Leaving Dürer House, we passed a fabulous store called Lapislazuli, which was loaded with jewelry made from the semi-precious blue stone that has been prized since antiquity for its intense colour.

Another museum we visited was the 16th-century Tucher mansion and garden, built for one of the city’s richest merchant families—one of whom we met in the cathedral accidentally. Our last stop before we headed back to our hotel, NH Collection Nuremberg, was the Neues Museum with its impressive exhibit of canvases by artist Gerhard Richter. The museum is an urban structure whose massive curving glass façade captures the reflection of the 15th-century buildings across the plaza from where it stands.

That evening, all the delegates from the travel congress we were attending were treated to a mini Christmas market, set up for us in the Nuremberg City Hall courtyard. For centuries during Advent, the annual Christmas market has enticed visitors with its stalls overflowing with mulled and spiced wine (called Glüwein in German and served in cute little ceramic mugs), roasted almonds, sausages (Bratwurst), and gingerbread (Lebkuchen)—and enough handmade toys to entice even the most jaded souvenir shopper.

The same evening was the annual Blaue Nacht (Blue Night), a citywide cultural festival that takes place the first week of May with monuments, museums, and church facades lit up with a blue light.

The darkest chapter in Nuremberg’s history occurred when it hosted Nazi Party rallies over 15 years during the rise of the Nazi regime in the 20th century. Today, the city takes responsibility for its past with the impressive Documentation Centre at the Nazi Party Rally Grounds. The gigantic remains of this official propaganda site covers 140,000 square feet with exhibits and educational programs about the Nazi ideology.

For visitors with a little extra time, there is an intriguing culinary tour operator called cookinista.com which sets up food tours in the Old City with tastings from bratwurst to gingerbread, as well as cooking and baking lessons where participants prepare dishes in a modern kitchen and then enjoy them with local wines and beers afterwards.

Classical music lovers should note that Bayreuth, the town 19th-century German composer Richard Wagner called home and where the annual Wagner Festival takes place, is only an hour away!