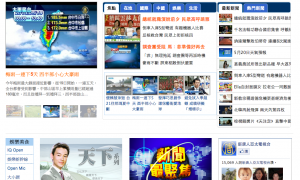 NEW YORK—New Tang Dynasty Television in 2007 launched a series of annual competitions for artists of Chinese descent from around the world.

What began as platforms for Chinese chefs, martial artists, musicians, dancers, painters, and fashion designers to showcase the best of traditional culture has expanded to a broader contestant base. Further bridging the cultural gap between East and West, most NTD competitions are open now to contestants of all ethnicities.

Competing before a panel of judges at Baruch College, pianists will show off their Mozart, Beethoven, Chopin, Schubert, Brahms, and Bach.

Carnegie Hall regular Antonio Pompa-Baldi will give a master class before the final round on Oct. 4. Four contestants will be chosen at random to participate on stage, focusing on perfecting tone and color.

Preliminaries are closed to the public, but tickets to the semifinals and finals, as well as to the master class, are free with RSVP. Contest winners will perform in the Future Stars Recital at Carnegie Hall Oct. 5. Tickets are $12 and $25.

During the three-day event at Baruch College, Frank & Camille’s West Pianos will sponsor 10 pianos from leading makers for guests to try and buy for a discount.

Classical Chinese dance has a history of 5,000 years and is the most complete dance system in the world apart from ballet. Dancers will show off their leaps, jumps, and tumbling techniques, as well as their understanding of the innate grace and bearing of Chinese culture.

Winners of this competition represent the truest practitioners of this ancient tradition, and are often recruited to join the prestigious Shen Yun Performing Arts, the only globally touring American performing arts company to showcase true classical Chinese dance.

The final round, followed by the awards ceremony, will be held on Oct. 12. Prior to unveiling the winners, however, five male and five female winners from previous years will perform. A $25 ticket to the finals is also valid for the Oct. 11 semifinals.

In the four years that the figure painting competition has been held, it has garnered many repeat participants. Many artists plan artworks specifically to enter this competition. The last three editions were only for artists of Chinese descent. Now it is open to everyone.

The competition accepts submissions created within the last 10 years, as long as the pieces are created using classical, realistic, and academic methods.

Many older artists, seasoned professionals who would not normally compete, have favored this competition for its mission to revive the humanistic core of realist painting. By focusing on the human figure, the competition encourages artists to portray the human spirit.

The exhibition will be held Dec. 2–7 in a Manhattan gallery, exact location to be announced. The catalog will be launched during the exhibit, and some reproductions of finalists’ work will be made available for sale. Lectures about painting technique will be held, and details are to be announced.

Finalists have been chosen for this year’s competition. View their works here.

For more information about the events and the competition series, visit competitions.ntdtv.com