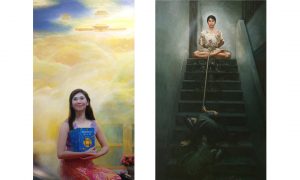 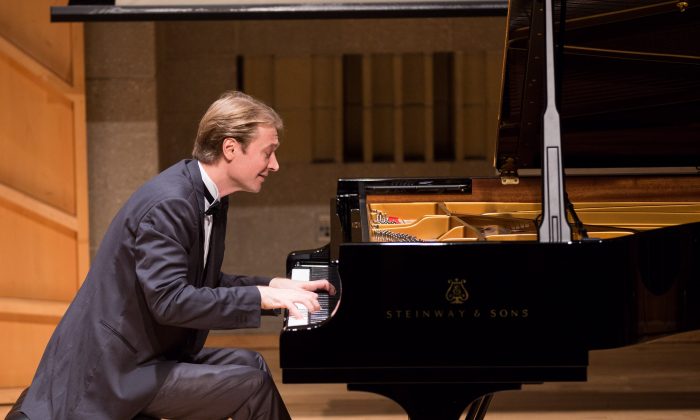 “Our repertoire is a little different, because NTD is trying to preserve traditional culture and art, including piano music,” said piano professor Becky Yao, one of the competition’s jury panelists this year.

Established in 2008, the competition’s mission is to promote artistic excellence and the 250-year legacy of classical piano literature. The repertoire focuses strictly on the Baroque, Classical, and Romantic periods.

“We recognize that those periods, the musical style and form and technique, they’re very unique and should be preserved for the future,” Yao said.

They’re unique, Yao said, because these are the times when piano music was really formalized. A comprehensive system of training and music theory developed over these periods that still informs classical pianists today. And with this systematic musical form, composers showed us that everything that is life can be set into music.

“[These periods] … represent the composers with their own philosophy and their hopes in life, and even how they struggled in their personal life with loss and pain, and how they overcame it,” Yao said.  “Everything about life—through their composition, they can express it. And we think that’s a good thing, because music is life and life is music.”

It’s an approach the jurists hope to find in pianists today as well: The level of skill attained to be able to convey everything from the composer’s imagination to the hearts of audiences requires a deep understanding of music.

This 2019 competition will be the fifth. Yao, who served on the jury in the last round in 2016, said that one of the surprises was the feedback about the repertoire from nearly every finalist.

“They really like the repertoire; that surprised me,” she told NTD Television. “I think we did the right thing.”

The atmosphere is one of a shared artistic mission to celebrate the legacy of great works, rather than fierce competition, and contestants told her that the energy of everything was different as well.

“One winner told us he had participated in more than 20 piano competitions internationally, and that this is so different, that it’s good to bring back the good memories,” Yao told NTD Television.

The competition pieces begin with Bach’s “Well-Tempered Clavier” and end with Beethoven’s Sonatas by the semi-finals, two bodies of work that pianists know as the Old and New Testaments of the keyboard repertoire, Yao said.

Pianists will also choose from a selection including Saint-Saëns and Chopin études to perform in the preliminary round, and the finals are completely open to the pianist with the cutoff point being that the pieces must have been composed before 1900.

“This is a treasure we would like to carry on to the next generation,” Yao said.

The major draw for many pianists is how well-televised this competition is. NTD is the largest Chinese TV network in North America and reaches over 100 million people globally. The performances will also be streamed online, reaching the media group’s online audience of over 360 million.

D.F. is the artistic director of Shen Yun Performing Arts, the premier classical Chinese dance company that has caught the world’s attention over the past decade. One of its notable features is the East-West take on its music. The company travels with a unique orchestra that blends Chinese instruments into an otherwise Western classical orchestra, and bel canto vocalists perform original songs in Mandarin.

Susan Liu, who arranged the 2016 commissioned piece for piano, “Glorious Realm,” notes this East-West blend in Shen Yun’s music, which has melodies that really capture the authentic Chinese culture but are arranged for a Western ensemble using classical techniques. She thinks the piano pieces commissioned for the competition have a similar idea, and she tells competitors it may be worth familiarizing themselves with Shen Yun’s music to get a better understanding of this music.

Pianists get only three weeks to prepare for this piece, so it will be an all-new challenge, Liu said. There is also considerable weight put on the performance of this new work in evaluating the pianists’ final scores.

Applications close on Aug. 9, and the competition begins Sept. 26. The 2019 competition live rounds will be held in Engelman Recital Hall at the Baruch Performing Arts Center in New York.