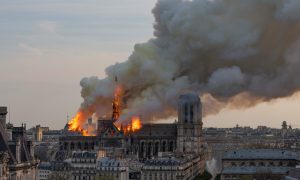 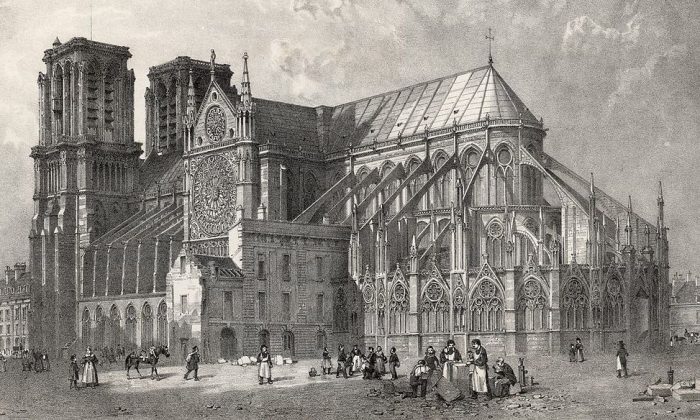 The great cathedral of Notre Dame on the Île de la Cité, Paris, in 1800. The spire was not added until the 19th century. ( Hulton Archive/Getty Images)
Arts & Culture

Of all the French Gothic buildings, it is perhaps the Notre Dame cathedral of Paris, with the aid of Victor Hugo’s written word, that has most captured our collective imaginations. This eight-century-old monument is one of the most famous examples of the Gothic cathedral, and demonstrates the invention of the flying buttress.

The architects worked to restore the statues that had been left smashed after the French Revolution. They rebuilt the original medieval spire and replaced the bells, designed new stained glass windows, and updated many other details. It was this 25-year renovation that added the famous gargoyles of Notre Dame, along with other mythical beasts, as symbols to ward off evil as well as to serve as spigots to divert rainwater in small streams off the building.

The spire is the one that was recently damaged by fire. The original had been removed in 1786 because it could not withstand the wind, and Viollet-le-Duc created a new

one that was taller—300 feet tall—stronger and decorated with statues of the apostles.

Beyond maintenance, though, there is talk of a redesign.