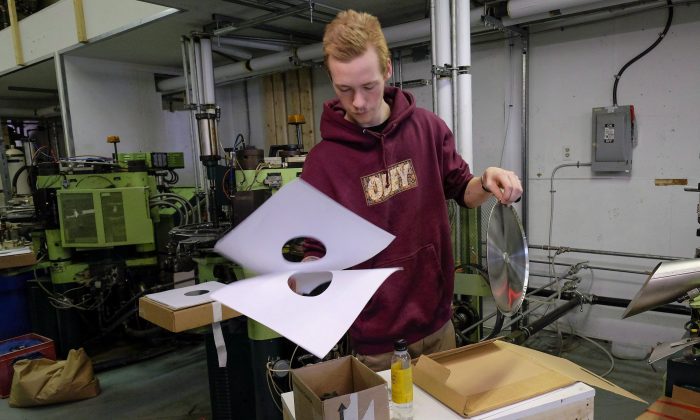 Nostalgia Not Enough to Save Vinyl

Each year on April 22, Record Store Day gives us a chance to momentarily celebrate the once-mighty king of music by heading to our nearest boutique record stores. Among musicians and record labels it’s a time of yearning for the good old days when record sales were real and the money flowed.

In the age of streaming, however, that money well has basically dried up to the extent that revenue from physical musical purchases is negligible.

Streaming is the newest king of music sales. Twenty-sixteen marked the first year that streaming sales from sites like Apple Music, Spotify, and Google Play overtook CD and download sales to become the primary money maker for record labels. It’s a stat that doesn’t appease record companies or the artists they employ. Streaming has begrudgingly been accepted as the inevitable result of the music industry’s loss in a long battle to retain any type of reliable revenue.

Vinyl has been touted by some as a saviour of the record industry, being the last point of physical sales, a place where real money can be exchanged for a real physical product. Some stats support this assertion.

According to Nielsen Soundscape, vinyl album sales have increased every year for the past 11 years. Thirteen million records were sold in 2016, an increase of 10 percent from the year before. That doesn’t include used sales. Compare this with a 16.3 percent decrease in CD sales and a 20 percent decrease in digital sales and it’s true that vinyl is on the rise.

But it’s not enough to sustain the industry, not by a long shot. The connoisseurs buying physical albums are not going to turn the industry around. It’s too late.

Streaming is the new mode of consuming music and it’s here to stay. It costs next to nothing—around $10 to have the entire world’s music library on your cellphone. Everything is there. With auto-generated playlists, data driven by your personal taste, music has reached peak delivery.

Streaming is here to stay and no amount of vinyl pressings is going to change that.

Streaming has now become the single biggest revenue maker in the industry and most artists are lucky to see more than a pittance from their royalties.

This day has been a long time coming. It began with Napster, where digital downloads were free. The industry panicked and did everything in its power to stomp out the fire. They were successful for a time, shutting down Napster. But technology has a will of its own and it wasn’t long before digital filesharing was the new norm. Physical sales tanked.

Audiophiles appreciate the sound quality of a pressed record but they are the minority. The physical act of putting a record on the turntable is a beautiful, almost sacred, act of music listening, but it’s not a good fit for the average consumer. It takes money, time, and space to retain a viable record collection—three things the average person is lacking. Most of us just want to plug the headphones into our phone and press play.

How can an artist make money? Get out and tour. A lot. That’s the only viable revenue stream left for the average musician. It may not be right but it’s true, and the sooner that reality sinks in for the musicians out there the better. Streaming is here to stay and no amount of vinyl pressings is going to change that.

A once-lucrative business empire that held tremendous power has been reduced to an industry more or less begging consumers to pay anything for music. The intangible nature of music itself has made it the perfect vehicle for technology to free music from the grasp of the few and into the hands of the many.

The paradigm has shifted and there is no going back.