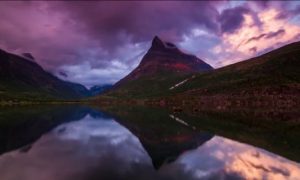 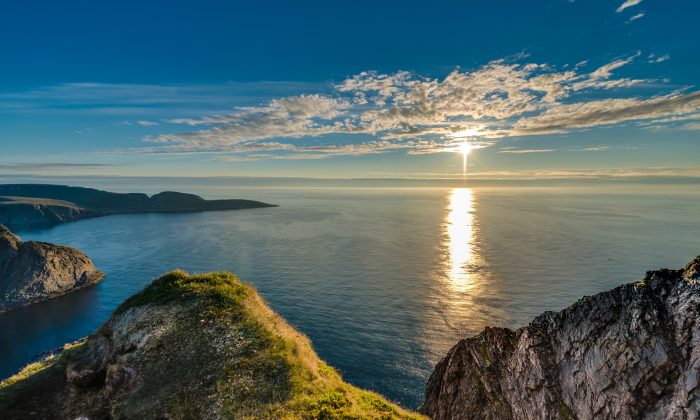 The northern coast of the island of Mageroya in Northern Norway. (Shutterstock)
Travel

Norway’s most northerly city, Honningsvag, is located on the small island of Mageroya. Actually, Honningsvag hardly qualifies to be called a “city” with a population of only about 2,500 inhabitants, but it was declared one in 1996 and has kept the designation.

I visited this remote, barren destination as part of my Viking Ocean Cruise, “Into the Midnight Sun.”

Honningsvag is located far above the Arctic Circle and is primarily known for its fishing industry. This area is a particularly good for catching humongous king crab; these giants measure about 6 feet between claws and can weigh up to 20 pounds!

Mageroya Island is sprinkled with several tiny fishing villages, the most northerly being  Skarsvag. It also has a rich Sami history (the indigenous people of Norway), and the cliffs nearby offer incredible bird watching.

Some of the bird species you’ll find include Arctic skuas, big gannets, kittiwakes, common guillemots, and puffins. The island is also a great place to see herds of reindeer wandering around in the wild. Each spring, the Norwegian army transports more than 3,000 reindeer to their summer pasture on Mageroya.

Of course, Norway’s north is a great place to witness the midnight sun during the summer months as it remains light here most of the time. If it’s a clear night, one can see the sun setting on the horizon at midnight, only to rise again thereafter. It’s an awesome sight, and I was fortunate enough to experience this on my cruise in July! On the other hand, if you happen to visit this same area during the dark winter months, you’ll find it to be a great place to witness the aurora borealis (northern lights).

To learn more about this intriguing region, I recommend a drive from Honningsvag to North Cape, where the area’s history is chronicled at the North Cape Hall visitor  center and an excellent film shows the region through each season. In fact, I’d argue that no visit to this island would be complete without an excursion to North Cape.

Norway’s North Cape has to be one of Europe’s most stunning natural sights. It’s located high up on a plateau offering amazing vistas of the barren tundra and the rugged cliffs, which rise more than 1,000 feet above the sea!

After all, North Cape is the very point where the Norwegian Sea, part of the Atlantic Ocean, meets the Barents Sea, part of the Arctic Ocean. It’s said to be “Continental Europe’s final frontier,” with just Svalbard—a Norwegian archipelago located north of mainland Europe—lying between continental Norway and the North Pole itself. I almost felt as if I were at the very edge of the world.

As I stood on the shoreline of the island at the northernmost point of Europe that can be reached by road, I marveled at the view and the landmarks. I most enjoyed The Globe monument; I’d seen photos of it but had never seen it in person. This monument has become the symbol of North Cape—a culmination point for a journey to the north.

There is also the Children of the Earth monument, which consists of reliefs of clay designed by children from various countries, cast in bronze and framed in granite. An obelisk of Norwegian King Okar II (who visited here in 1873) and several inuksuks (human-made stone landmarks) can be seen here as well.

As our cruise headed south from Honningsvag, the next stop was Tromso, said to be the “Gateway to the Arctic.” It’s still located above the Arctic Circle, and while there I toured the Polar Museum and Arctic Cathedral, often referred to as the “Opera House of Norway” because of its resemblance to the Sydney Opera House in Australia. I also took a cable car and ascended to the summit of Mount Storsteinen, where I was able to enjoy some great panoramic views of Tromso.

Continuing south, we soon came to the Arctic Circle marker, located on a tiny rocky island. Upon seeing the marker, I reflected on my visit to Norway’s far north. Though a rather remote area for a vacation, I found this unique landscape very intriguing. Definitely a worthwhile trip!

For more information, The North Cape and  www.vikingcruisescanada.com