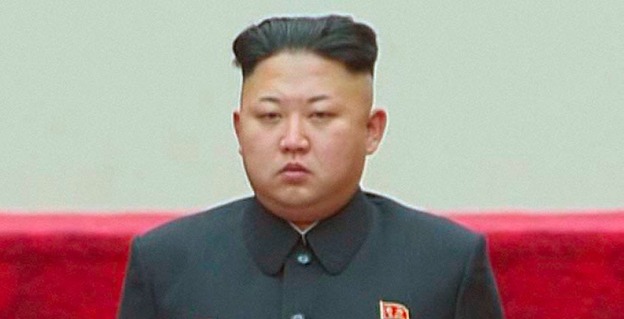 Trump also took the surprising step of offering an olive branch to North Korea in a speech before South Korea’s National Assembly.

“Despite every crime you have committed against God and man, we’re ready to offer, and we will do that—we will offer a path to a much better future,” Trump said.

North Korea, however, appears to not have accepted the offer.

Instead, the regime published an article in its Rodong Sinmun newspaper threatening Trump with a death sentence.

The article said Trump had “hurt the dignity of the supreme leadership of the DPRK.”

The statement most likely refers to a Tweet sent by Trump on Nov. 12, in which he said: “Why would Kim Jong-un insult me by calling me “old,” when I would NEVER call him “short and fat?”

Why would Kim Jong-un insult me by calling me "old," when I would NEVER call him "short and fat?" Oh well, I try so hard to be his friend – and maybe someday that will happen!

What North Korea’s communist dictatorship seems to have overlooked, however, is that Trump actually offered North Korea a way forward without war.

In his speech in South Korea, Trump laid out the requirements for that.

In the second part of his Nov. 12 Tweet, Trump wrote that “I try so hard to be his friend – and maybe someday that will happen!”

After months of military preparations, the United States now has a wide range of military options at its disposal to counter the North Korean nuclear threat.

Defense Secretary Jim Mattis said in September that he had presented the president with a range of military options.

“The President wanted a briefing on each of them,” Mattis said, adding that the United States has “the ability to defend ourselves and our allies–South Korea and Japan–from an attack.”

With military options in place, it appears Trump is now putting his energy into engaging North Korea with diplomacy.

While the threat of military force alone has not resulted in North Korea coming to the negotiating table, the regime does seem increasingly worried about America’s military build-up.

The regime’s state media, which is known for its frequent calls for war, on Nov. 14 expressed concern about the increase in U.S. military spending.

In particular, it raised specific concerns about the United States’ modernizing of its nuclear arsenal.

“The nuclear modernization project reportedly includes the replacement of Ohio-class nuclear submarine and Minuteman 3 ballistic missile and the development of latest bomber B-21 for dropping conventional and nuclear bombs and a new type of nuclear cruise missile,” North Korean media reported, adding, “The Korean peninsula and the Asia-Pacific are teetering on the brink of nuclear war.”

If you like this article, please consider sharing it with your friends and family.