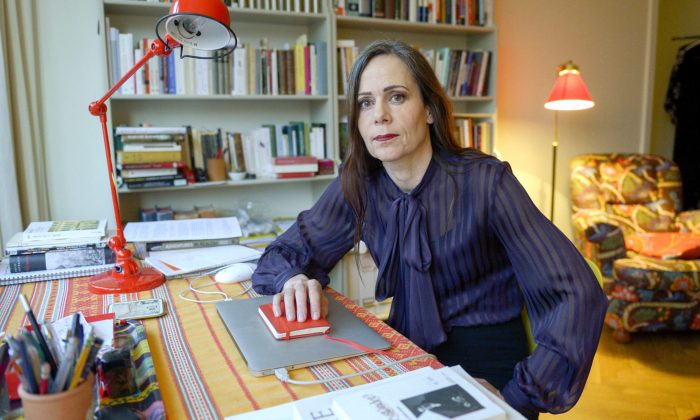 Nobel Prize in Literature: What to Look out For

STOCKHOLM (AP) — On Thursday, the winner of this year’s Nobel Prize in literature will be announced by the first ever female permanent secretary of the Swedish Academy, Sara Danius. Will the prize awarding body choose to honor the occasion by picking a female winner? Will it break new ground by giving the prize to a journalist? Or will it rush to bestow the coveted prize on one of the many aging favorites? The secretive academy drops no hints on whom they are considering but that doesn’t stop literature buffs from guessing. Here is a look at some of the themes and potential candidates being mentioned in this year’s speculation:

Of the total 107 Nobel literature prizes awarded so far, only 13 of them have gone to women. There has, however, been a clear pickup in the number of female laureates in recent years, and by picking Danius as the new permanent secretary, the Swedish Academy has taken another historic step toward more gender balance. If it were to pick a female winner this year, authors such as Canada’s Margaret Atwood or Egyptian feminist Nawal El Saadawi may be considered. Maria Schottenius, literature critic at Swedish daily Dagens Nyheter, also mentions France’s Marie Darrieussecq and American writer Marilynne Robinson as hugely talented female writers worth keeping an eye on.

Belarusian journalist Svetlana Alexievich’s investigative reports from a politically turbulent Russia, along with her literary style of writing, has made her a favorite among critics for many years. So far, the academy has never picked a journalist for the prize, but Schottenius says it had its eyes on Polish journalist Ryszard Kapuscinski and would have likely picked him in 2007 had he not died. In addition to Alexievich, Schottenius suggests another worthy winner would be Anglo-Dutch journalist Ian Buruma, who she calls a “thrilling” and knowledgeable thinker.

In 2007, 88-year-old Doris Lessing became the oldest Nobel literature laureate ever by picking up the prize that many said was long overdue. Yet other critics’ favorites for the award haven’t been so fortunate. In the past year alone two writers often mentioned as strong contenders — Algeria’s Assia Djebar and Turkey’s Yasar Kemal — have died. The previous permanent secretary of the academy, Peter Englund has acknowledged that the difficulty for the jury members isn’t to find a worthy winner, but rather to decide which of the many talented writers to pick. Among those past retirement age who have been listed as favorites year after year are Syrian poet Adonis, 85, South Korean poet Ko Un, 82, as well as American novelists Thomas Pynchon, 78, and Philip Roth, 82. Many also argue it’s about time to honor 68-year-old British Indian author Salman Rushdie, who was subjected to a Fatwa calling for his assassination by the Supreme Leader of Iran in 1989.

Without World War I, What Would Literature Look Like Today?

While the majority of past laureates have been Europeans, the academy constantly strives to broaden its perspectives and look at authors from all over the world. Schottenius says she expects several African writers will be honored eventually, including “the groundbreaking authorship” of Kenya’s Ngugi wa Thiong’o and “enchanting” Chimamanda Ngozi Adichie of Nigeria, who wrote the acclaimed books ‘Half of a Yellow Sun’ and ‘Americanah.’ Other hot names from outside of Europe include Jamaica Kincaid of Antigua and Israel’s David Grossman.