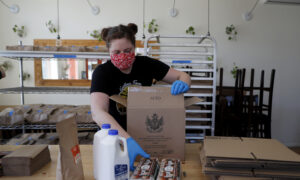 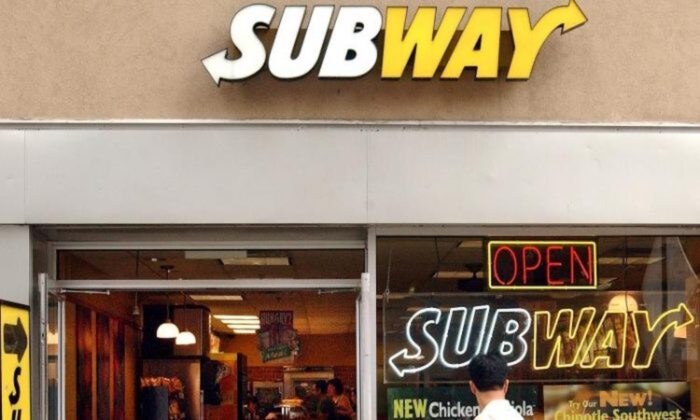 A Subway restaurant in New York City in a 2003 file photo. (Stephen Chernin/Getty Images)
US News

A commercial lab test commissioned by The New York Times found no identifiable tuna DNA in a number of Subway tuna sandwiches.

In a report published Sunday, the NY Times said that a reporter acquired “more than 60 inches worth of Subway tuna sandwiches” from three Subway outlets in Los Angeles, and researchers were unable to identify any tuna DNA after they were analyzed in a specialized fish-testing lab.

The lab said it found “no amplifiable tuna DNA was present in the sample and so we obtained no amplification products from the DNA.”

“Therefore, we cannot identify the species,” the lab said.

“There’s two conclusions,” a lab spokesperson told the news outlet. “One, it’s so heavily processed that whatever we could pull out, we couldn’t make an identification. Or we got some and there’s just nothing there that’s tuna.”

The Epoch Times has reached out Subway for comment.

A similar test was run in February when Inside Edition sent samples from New York to be tested by Florida-based lab Applied Food Technologies. In that case, tuna DNA was identified in the sandwiches.

In January, a lawsuit filed in the U.S. District Court for the Northern District of California claimed that the ingredient billed as “tuna” in Subway’s sandwiches and wraps is “made from anything but tuna.”

The suit, filed by Karen Dhanowa and Nilima Amin of Alameda County, alleges that the “tuna” sold at the popular sandwich chain is in fact a “mixture of various concoctions.”

Dhanowa and Amin claim they conducted independent lab tests of “multiple samples” of tuna from a number of California Subway locations, and results show the ingredient is “a mixture of various concoctions that do not constitute tuna, yet have been blended together by defendants to imitate the appearance of tuna,” according to the complaint.

An attorney for the pair, Shalini Dogra, did not elaborate on what specific ingredients were revealed in the lab tests.

“We found that the ingredients were not tuna and not fish,” the attorney told The Washington Post.

Subway has denied the claims, stating in a press release that the sandwich chain serves 100 percent wild-caught tuna.

“There simply is no truth to the allegations in the complaint that was filed in California. Subway delivers 100 [percent] cooked tuna to its restaurants, which is mixed with mayonnaise and used in freshly made sandwiches, wraps, and salads that are served to and enjoyed by our guests,” a spokesperson for Subway said in a statement at the time.

“The taste and quality of our tuna make it one of Subway’s most popular products and these baseless accusations threaten to damage our franchisees, small business owners who work tirelessly to uphold the high standards that Subway sets for all of its products, including its tuna.

“Given the facts, the lawsuit constitutes a reckless and improper attack on Subway’s brand and goodwill, and on the livelihood of its California franchisees.

“Indeed, there is no basis in law or fact for the plaintiffs’ claims, which are frivolous and are being pursued without adequate investigation.”