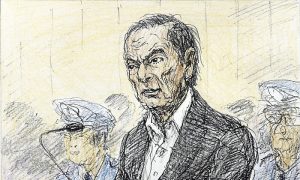 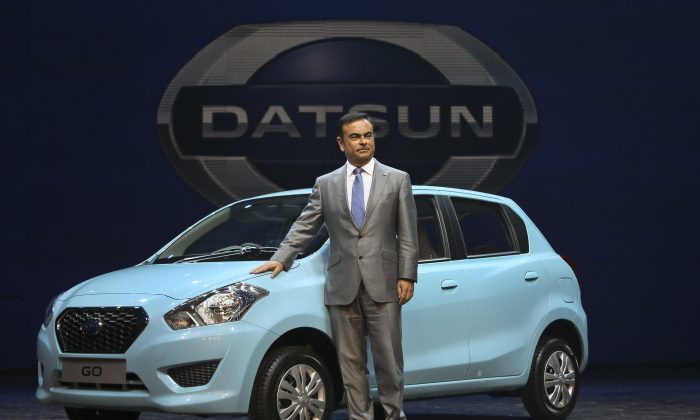 Nissan Motor Co. President and CEO Carlos Ghosn poses for the media with Datsun Go during its global launch in New Delhi, India, Monday, July 15, 2013. Nissan has introduced the first new Datsun model in more than three decades in the Indian capital. The company hopes bringing back the brand that built its U.S. business will fuel growth in emerging markets with a new generation of car buyers. The reimagined Datsun - a five-seat hatchback - will go on sale in India next year for under 400,000 rupees (about $6,670). (AP Photo/Manish Swarup)
Companies

Nissan Plans to File for Damages Against Ghosn: Source

TOKYO—Nissan Motor Co. Ltd. plans to file a civil suit against ousted chairman Carlos Ghosn to claim damages resulting from the alleged misuse of company funds, a person with knowledge of the issue said, adding to the high-profile executive’s legal headaches.

Ghosn, who remains chairman and chief executive of Nissan’s French partner Renault SA, has already been charged with three counts of financial misconduct and has been held at a detention centre in Tokyo for nearly two months.

On Jan. 15, a Tokyo court denied his request for release on bail, raising the possibility that he may remain in custody for months before his trial begins.

Ghosn denies the charges against him, which include understating his salary for a total of eight years and temporarily transferring personal financial losses to Nissan’s books.

“The broader investigation (into Ghosn’s alleged financial misconduct) continues to expand, so we will file a suit after that issue has been sorted out,” said the person familiar with the issue, who spoke on condition of anonymity due to the sensitivity of the matter.

A civil suit could seek losses related to the alleged use of company funds to pay for the executive’s residences, donations to universities, and payments to a Saudi businessman who sources previously said helped Ghosn out of financial difficulties.

Ghosn regularly spent more than 100 days a year flying between Nissan’s headquarters in Yokohama and cities including Paris, and had residences in Tokyo, Paris, Rio de Janeiro, Amsterdam, and Beirut.

Nissan had been providing those residences to the executive, at a cost of tens of millions of dollars, but people inside the company with knowledge of the issue said the company was only aware that it had been paying rent for Ghosn’s apartment in Tokyo.

Reuters last month reported that payments for some of Ghosn’s residences were portioned out and processed through a Nissan unit in the Netherlands called Zi-A Capital BV and its subsidiaries, which initially had been set up to invest in technology start-ups.

Nissan has confirmed that payments related to residences and other expenses such as a yacht club membership and donations to universities in Lebanon, Ghosn’s ancestral homeland, had violated company procedures and its code of conduct, according to another person with knowledge of the issue.

It is also considering filing for damages related to 7 million euros ($7.98 million) in compensation paid last year to Ghosn from a Dutch unit set up by Nissan and Mitsubishi Motors Corp, that person said condition of anonymity, adding that Nissan’s internal investigation has confirmed that those payments were made without the knowledge of the unit’s board.

Ghosn’s arrest sent shockwaves through the auto industry and rocked Nissan’s alliance with Mitsubishi and Renault.

Having been credited for masterminding Nissan’s financial turnaround two decades ago, the executive has since been removed from chairmanship positions at both Nissan and Mitsubishi.