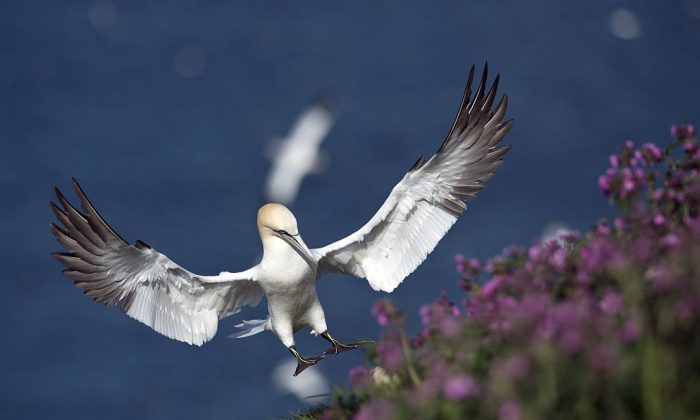 A gannet that fell in love with a fake concrete bird has died.

Nigel was the first gannet to arrive on Mana Island, New Zealand, after rangers tried to start a colony in 1976.

Attracted by the decoy bird and solar-powered gannet calls, Nigel arrived in 2013. He was the first gannet in 40 years on Mana.

Nigel was alone trying to start a relationship with the concrete bird until last month when three more gannets arrived.

Sadly, Nigel didn’t make friends with them, and then he died.

“Nigel was very faithful to the colony,” Department of Conservation ranger Chris Bell told the Guardian.

“I think it must have been quite a frustrating existence,” he said. “Whether or not he was lonely, he certainly never got anything back, and that must have been a very strange experience, when he spent years courting. I think we all have a lot of empathy for him, because he had this fairly hopeless situation.”

According to Bell, Nigel spent five years courting one of the 80 decoy birds. He constructed a nest for his mate, groomed her concrete feathers, and chatted to her.

However, Nigel’s death wasn’t in vain, he said.

“From a conservation point of view, he was a massive asset to have. Because the concrete gannets—they may have fooled Nigel—but they never fooled another gannet. We always considered Nigel increased our chances of getting a colony going, and that seems to be in the end what happened,” Bell told the Guardian.

“He was an attraction that helped bring in other birds—gannets like to nest where a gannet has nested before,” Bell said. “It’s really sad he died, but it wasn’t for nothing.”