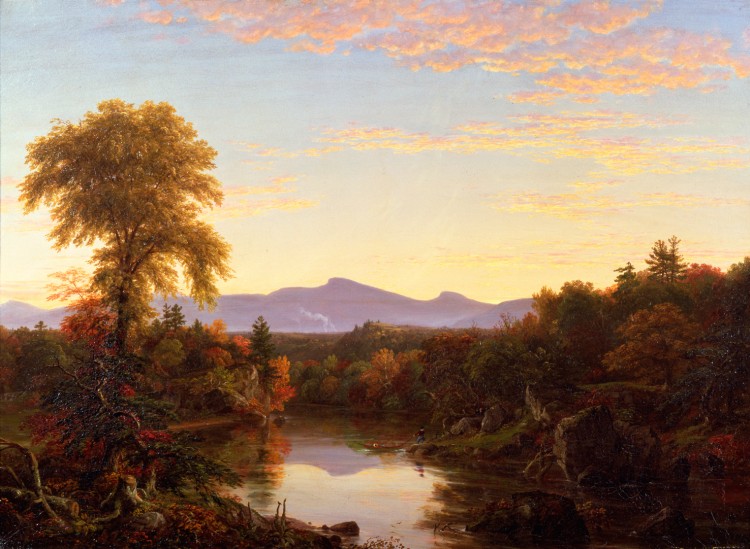 The horrific elementary school shootings on Dec. 14 in Newtown, Conn. have set off a divisive debate about gun control in America.

Whatever your view is, LaPierre actually touched on a much deeper and more profound solution that got less media attention than either of these. He pointed the finger at mainstream American culture.

“There exists in this country, sadly, a callous, corrupt and corrupting shadow industry that sells and stows violence against its own people through vicious, violent video games with names like ‘Bullet Storm,’ ‘Grand Theft Auto,’ ‘Mortal Combat,’ and ‘Splatterhouse.’ And here’s one, it’s called ‘Kindergarten Killers.’ It’s been online for 10 years,” said LaPierre.

He continued, “I mean we have blood-soaked films out there, like ‘American Psycho,’ ‘Natural Born Killers.’ They’re aired like propaganda loops … 1,000 music videos, and you all know this, portray life as a joke and they play murder—portray murder as a way of life. And then they all have the nerve to call it entertainment.”

What LaPierre is referring to are mainstream Americans’ aesthetics. What we find worthwhile to view, to listen to, and to take part in as acceptable and worthwhile creative expressions. His view seems both painfully true but also completely irrelevant. I’ll explain.

It’s painfully true to any parent who has seen his son repeat the bad word that he said or seen her daughter chew someone out the same way she has. Kids are sponges absorbing information, behavior, and perspectives. Show children enough instances of gratuitous violence and pretty soon they are looking for opportunities to act out their own violent fantasies. It’s not rocket science.

LaPierre astutely pointed out, “A child growing up in America today witnesses 16,000 murders, and 200,000 acts of violence by the time he or she reaches the ripe old age of 18.”

Notably, that’s far more than a child would have been exposed to when the world was supposedly less civilized 100 years ago. Go figure.

However, LaPierre’s view also seems completely irrelevant since this is already the state of the world. Who could change that, right? We have a First Amendment right to free speech for good reason and we live in a world that has, since history was first recorded, involved wars and executions of wrongdoers.

And there the discussion for the most part ends. That’s why you don’t see it in the news. But, that should only be where we begin the discussion if we really care about ending random acts of violence in our country. I suggest that LaPierre’s “shadow industry” label is completely off base. It is completely in the open, not shadowy at all, and is more about what we find appealing than what people are selling in an industry. Let’s call it warped aesthetics.

These warped aesthetics are especially American because they are rooted in what is considered an American ideal: individualism.

Take a television program or movie that you, as an individual, are enjoying as entertainment and ask yourself: “Is this something that a young impressionable child should be watching?” If the answer is no, then—you don’t necessarily have to turn it off—but you should re-evaluate why you are enjoying it. You need to think not only about yourself but about the collective and see yourself as part of an integrated whole, crucial to society’s health. What we are faced with now is an American public who sees no problem with compartmentalizing what is okay for an adult to watch and for a child to watch. There shouldn’t be so much distance between those two.

These warped American aesthetics are not only traceable to violent television, movies, videogames, and music they are traceable to the fine arts and performing arts that our modern culture has come to value. The works that lead the art market today and that hang prominently in your local art museum are modern works, some of which might appear to be no more than scribbles or blotches of paint without the guidance of a long lesson on art history to inform the viewer—even then a six-year old would probably not understand after the explanation. These warped aesthetics are built on fragmentation of perspective, the ugly side of American individualism.

The universal idea of what’s beautiful, that can be appreciated instantly by people of all ages (including six-year olds) and ethnic backgrounds for many millennia is technical perfection, clarity, and reverence for nature and the divine. Our mainstream aesthetics have turned their back on these traditional aesthetics. For instance, in painting, the last 100 years has seen an explosion of weird painting genres that throw out traditions, the most basic being realistic depiction of the subject matter.

Take obscure paintings by Hudson River School painter Thomas Cole (19th century) and modern artist Pablo Picasso (20th century), remove the name of the artist and ask people of all ages around the world which one is more beautiful. The overwhelming majority will say that the captivatingly realistic landscape painting by Cole is more beautiful than the Picasso. But, in practice, a Picasso will sell for many times more than the Cole. In fact, there is a good chance you haven’t even heard of Cole.

The good news is that this is not some “shadow industry” that is unreachable as LaPierre suggests. This is something each American can have a direct and immediate impact on and can really set their minds on fixing. They just have to let their individualism go.

In response to Chris below, Merriam Webster does clearly provide a definition that mine fits into, though it is possible I should drop the “s” at the end, I would be interested to hear others’ opinions:

a particular theory or conception of beauty or art : a particular taste for or approach to what is pleasing to the senses and especially sight <modernist aesthetics> <staging new ballets which reflected the aesthetic of the new nation — Mary Clarke & Clement Crisp>

Second, Chris raises a question about beauty that is not what we would normally consider “beautiful” like a rose is considered beautiful. That type of beauty is known as the “sublime” and is encompassed when I speak of beauty in the general sense. This beauty could be readily found in a well executed “realist” war painting or picture of Falun Gong practitioners overcoming persecution in China, but is sorely lacking in Picasso’s modernist Guernica. Subtract Picasso’s prestigious name from that painting and you have a relatively cartoonish immature work in comparison to the aforementioned types of paintings. Most people would agree that the aforementioned are better than Picasso’s yet Picasso’s would sell for much more, that distance between our unified persective as a society and that of the individuals in the art market is precisely the warping that carries over into bizarre acts of violence we see today, in my view.

As for a political answer, I’d rather not get into that, as my personal opinion is that is a bit of a dead end, the more intense one political side gets, the more intense the other one gets too, like Yin and Yang. Let’s focus on something more constructive.