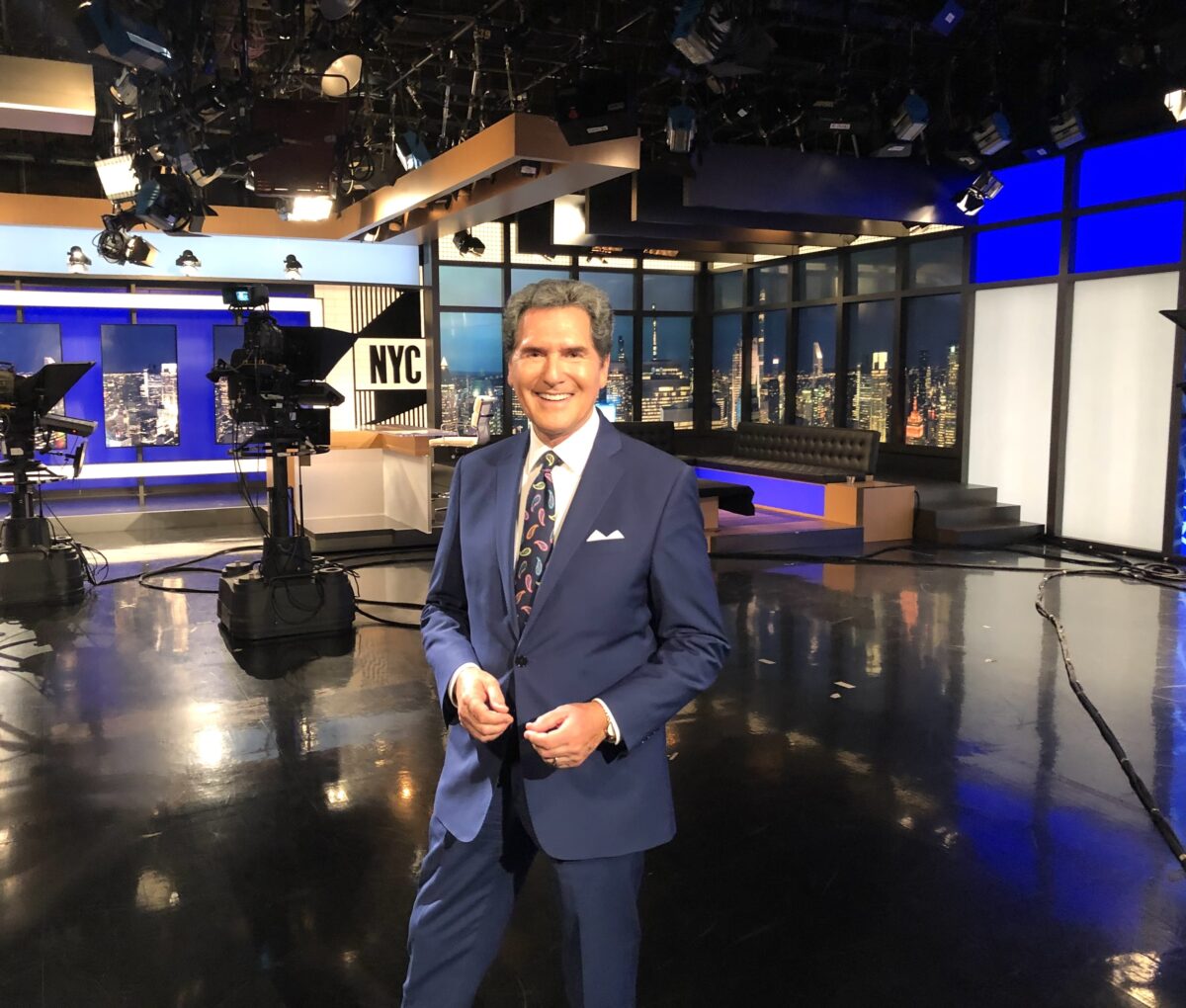 Ernie Anastos, a 44-year veteran of television news in New York, will launch a national syndicated series in the fall called “Positively America With Ernie Anastos.”

The weekly show will feature stories that illustrate America in a positive way.

“I’ve been doing, call it ‘positive news,’ for a long time,” Anastos told The Epoch Times on his 79th birthday. “On all of my newscasts over the years, I always found a way to bring in more of the positive stories.

“This is an extension of what I’ve always been doing.”

One might say the baby that is “Positively America” was conceived by two unlikely parents: Anastos’s modus operandi of uplifting stories and the COVID-19 pandemic.

“The pandemic really has done a job on all of us,” he said. “On a world level, we’ve talked about and felt more of the humanity, of the bond we all have.”

During the lockdown, Anastos was an anchor at WNYW, the Fox flagship in New York, and found himself reporting nightly on the “astronomical numbers” of daily deaths.

These deaths got Anastos thinking about “how small the world is and how we all belong to one another.”

He says that “people are looking at life in a different way,” in what he refers to as “The Great Reflection,” mostly due to COVID.

“People really are tired and they want a break from all the negativity,” Anastos said.

Anastos connected all these dots, and the last dot was “Positively America.”

The show will mostly be Anastos interacting with notable personalities and experts with new insights and helpful information about today’s lifestyle.

“Positively America” will also feature on-the-street interviews, a television news staple. The program will also be interactive, capturing videos and comments from people all over the country and connecting with communities for their positive stories.

In all his time in television news, Anastos has made it a point to be balanced in his reporting, never pontificating on the news, just reporting it. He’ll continue this practice with “Positively America.”

“What we’re looking to do is give people good information that they can utilize,” he said. “We stay away from the political issues.”

In a forward-looking segment, experts will look at “what new technology will change the way we think and the way we live.”

“I want this program to be a teaching mechanism,” Anastos said.

At the end of each interview, a link to a specific website will be listed, should viewers want more information on the subject.

Anastos has been a fixture on news programs in New York for decades, as both a reporter and an anchor. During his career, he’s accumulated more than 30 Emmy Awards and nominations, including a Lifetime Emmy for highest professional achievements, and an Edward R. Murrow journalism award.

Among his other countless honors is an induction into the New York State Broadcasters Association’s Hall of Fame, a U.S. Marine Corps Honorary Service Award, and a National Father of the Year Award. Former New York Mayor Bill de Blasio designated March 21 as Ernie Anastos Day.

Anastos, who is of Greek heritage, credits many of his values to his upbringing.

His grandfather, the Rev. Anastasios Anastasiou, was one of the first 100 Greek Orthodox priests in the United States.

“He was a pioneer in the Greek Orthodox Church,” Anastos said.

His grandfather died when Anastos was quite young, “but he shared a lot with me,” he said. “He was also a role model for living a life filled with enthusiasm and recognizing our special gifts and talents to faithfully serve mankind.

Anastos wrote a children’s book, “Ernie and the Big Newz,” which is somewhat autobiographical. In it, the protagonist is a child named Ernie who builds a radio station in his basement with his friends and has a dream about becoming a reporter. That’s exactly how Anastos started out.

He has gone on a lecture circuit at elementary schools in New York, speaking about the book and encouraging children to live out their dreams, and has so far donated more than 15,000 copies to schoolchildren.

Anastos served in the information corps of the U.S. Army Reserves for six years, reaching the rank of specialist fourth class. “It was one of the best experiences of my life,” he said.

“The military to me is very important. It would be great if everybody could serve some time in the military. I think you learn a lot and you also give something back to your country.”

As for “Positively America,” Anastos believes the time is right for a series such as this.

“I’m going to be one reassuring voice on my television show,” he said.

“Research shows that good news can help you live happier and healthier.

The program will start the weekend of Sept. 10. For more information or to find a list of stations where it will run, see PositivelyAmericaTV.com