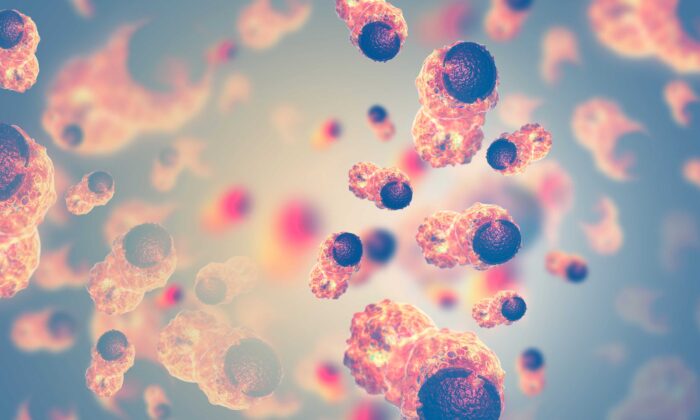 Scientists from the University of Innsbruck in Austria have found a new lipid called PI(18:1/18:1) that limits the activation of cell death by inhibiting stress, with researchers highlighting its potential uses in treatment.

“There is a clear connection [for PI(18:1/18:1)] that opens up new therapeutic approaches,” said lead author Andreas Koeberle.

Cells in the body become stressed when they are damaged, old, infected, or no longer operating as they should.

As cells go into stress mode, they activate programmed cell death; an important pathway that kills cells to maintain the overall health of an individual.

One enzyme that regulates the stress pathway is a protein called SCD1 that converts saturated fatty acids into unsaturated ones and therefore prevents stress triggered by the high concentration of saturated fat.

Though this process is beneficial for organisms’ health, it can become dangerous if carried out excessively. Previous studies have indicated that SCD1 inhibits stress-response and cell deaths, with other studies have observed its involvement in promoting cancer cell growth and proliferation.

Enzymes are known to serve a myriad of functions in the body, therefore whilst SCD1 appeared promising as a target to treat stress and cancer diseases, researchers were concerned that directly acting on the enzyme can lead to severe side effects, given the full functional scope have not yet been fully understood.

However, the study has allowed researchers to trace SCD1’s stress-inhibition function to an indirect product: the lipid PI(18:1/18:1), mostly located on cell surfaces and composed of fatty acids produced by SCD1.

Running tests in human immune cells, the researchers found that when SCD1 is fully suppressed, PI(18:1/18:1) is still able to reduce the stress response by activating cellular proliferation and stopping programmed cell death in cells early in the response.

“What is particularly interesting is that stress-associated processes, such as the aging process, resistance to chemotherapy or the development of tumors all influence the amount of PI(18:1/18:1) in the affected tissues,” said Koeble.

The researchers believe that this discovery has potential for future treatments; the lipid may be specifically administered or inhibited depending on the conditions needed so that diseases can be controlled without disturbing the full range of function of the enzyme SCD1.

Nonetheless, the whole range of PI(18:1/18:1)’s functions must first be thoroughly researched and understood before it becomes an available treatment option.

“We have deciphered a very fundamental process with this study,” said Koeble. “It’s a significant starting point and sets new directions for further research.”

The study was published in Nature Communications, an open access, peer-reviewed journal on May 27, 2022.