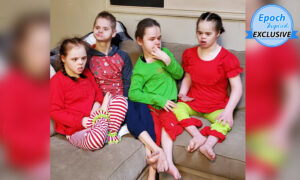 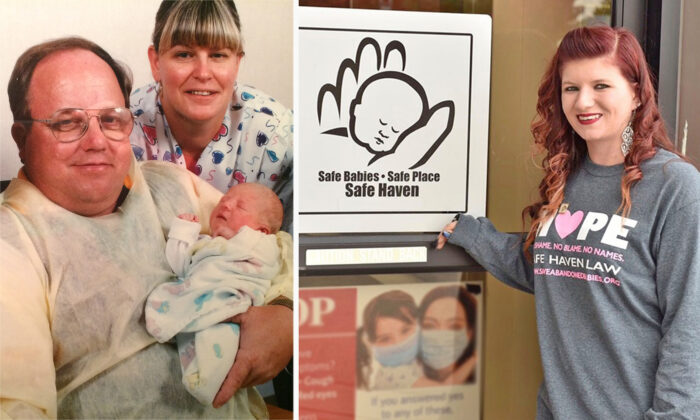 Newborn Girl Rescued From Dumpster in 1995 Is Now Saving Lives: ‘I’m Here for a Reason’

'I am here to be a chain reaction with my story, help save lives...'
By EMG Inspired Staff
biggersmaller
Print

A woman who was abandoned in an Illinois dumpster on the day of her birth is now on a selfless mission to save more infant lives.

Baby Mary Grace was left to die in a dumpster in Hoffman Estates in 1995. After a miraculous rescue and being adopted into a loving new family in 1998, she was named Morgan Hill.

“I was told I only had a few more hours to live if I would have not been found,” Hill told The Epoch Times.

“If my story saves at least one life, it was worth telling,” she said, “and I believe it has saved many.”

Hill grew up with no idea that she’d had an unusual beginning.

The story of the baby found in a dumpster was plastered all over the news at the time. Hill’s adoptive mother, Sandi, didn’t want reporters at the door, and she didn’t want the circumstances to cast a shadow over Hill’s childhood. So, she kept the story of her daughter’s adoption a secret.

“My biological mother was in quite the twist. It was lie after lie trying to cover up her pregnancy with me,” Hill said in her blog post.

“She gave birth to me in the bathtub when her significant other and child went to work and school. She cleaned me, fed me, and drove around unsure of what to do,” Hill wrote. “Her final decision was definitely not a good one.”

Hill’s mother then wrapped her in a towel, put her in a trash bag, double-knotted, and threw her away in a dumpster behind Hoffmann Estates Medical Center on Oct. 16, 1995. Fortunately, Hill’s cries were heard by a construction worker, Garold “Rocky” Hyatt, as he was taking out the trash the night before garbage collection day.

That’s how the forsaken baby ended up in the arms of Carol Szafranski, one of the nurses who’d come running when Hyatt sought prompt assistance. She was given the name Baby Mary Grace as the nurses and Hyatt considered her “a gift from God.”

Hill’s birth father fought hard for six months in court to win her full custody. But due to financial reasons and being a single dad, he willingly put her for adoption by a couple he trusted.

“I do keep in touch with my biological father,” Hill told The Epoch Times. “He lives in a different state, but we try to get together at least once a year.”

Hill had always wanted to meet the nurse and construction worker mentioned in the news stories, but she had never been able to find them.

Eventually, when a local television station arranged an interview with Hill in 2016, they managed to find Szafranski and Hyatt. During a teary-eyed reunion, the two rescuers met the precious baby girl they saved almost 25 years ago.

“The reunion impacted my life in so many ways,” Hill said. “It reminded me that I’m here for a reason.”

Hill says that the reunion with her rescuers has motivated her to take up the mantle of raising awareness on the child abandonment crisis, including working with organizations and taking part in conferences. She is working to save the lives of infants by educating people about the various options available to mothers in need who want to relinquish their babies.

“It’s pushed me to keep sharing my story and information about the Safe Haven Law,” she said.

Today, every state has in place infant safe-haven laws—a law that provides a safe place for parents to relinquish a newborn baby without repercussions.

However, way back in 1995, there wasn’t a safe-haven law in Illinois at the time of Hill’s birth. The infant safe-haven laws that have come into existence since 1999 provide a ray of hope.

Hill and her adoptive parents are now on a selfless mission to “touch all of the hearts of the world.”

“My future plans are to continue sharing my story, currently working on a book, saving lives, and show mothers in crisis they are not alone,” Hill told The Epoch Times.

“My message is to be a voice, not an echo. I share my tragic, yet positive story as much as possible. I am here to be a chain reaction with my story, help save lives, and to prove that my story isn’t just about a tragedy that turned into a miracle.”