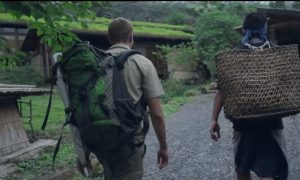 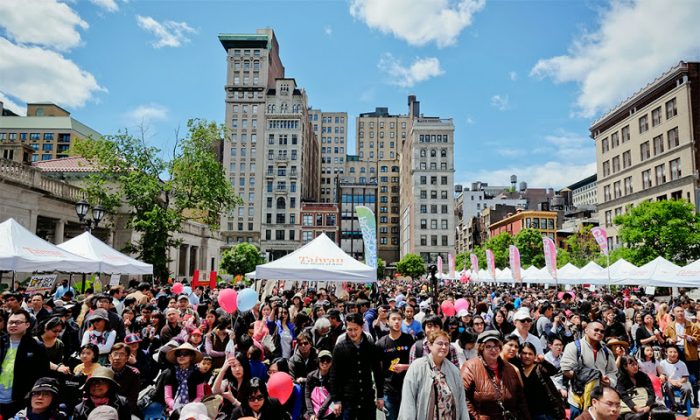 New York Festival Season Begins With a Passport to Taiwan

Thousands will gather on May 24 for the annual Passport to Taiwan event at Union Square. It’s an event that not only features installation art and night market foods, but also folk dancers and singers, among other artists. Parents can also bring their children to play at interactive booths with toys from a bygone era.

The packed festival with music, art and food is one of several in major U.S. cities in the midst of a week dedicated to celebrating Taiwanese American heritage.

Event organizer Borcheng Hsu said that most people knew Passport to Taiwan for its savoury foods but he wanted them to remember the event for more than that.

“We want people to spend more time with the culture stuff. … Of course we also bring in the Taiwanese American organizations and help people grow [their] awareness of some of the relevant issues and how to get involved,” said Hsu.

In 1990, then U.S. President George H.W. Bush designated the entire month of May as Asian Pacific American Heritage Month, honoring the month when the first Japanese immigrants arrived in America two centuries earlier, and the month in which the transcontinental railroad, built by Chinese laborers, was completed decades later.

Then in 1999, Congress signed off on a week to honor Taiwanese Americans, spearheaded by Ohio Congressman David Wu who was born in Taiwan. Taiwan is a small island nation that China has long fought to take control of.

The festival started in 2002 and has since become an annual attraction for festival goers in New York City. Visitors can also participate in a raffle, the top prize being plane tickets to Taiwan.

Sasha Chou, marketing manager for the Taiwan Tourism Bureau in New York, which also has a booth at the festival, explained that visiting Taiwan can be a very diverse experience.

“If you go to the Caribbean, it’s only sunshine and beaches. But if you go to Taiwan, with one trip you can experience the metropolitan city, the food, and the scenery with the different temples and natural beauty,” Chou said.

In being a passport to the island country, the event does its best to reflect that diversity. There are traditional folk arts shared with visitors to Union Square, such as calligraphy and paper cutting to create sculptures. Dough figurines, in particular, were popular at temple fairs in Taiwan, but can now be an edible and colorful snack for children.

Taiwan is a developed country with many urban cities and also agricultural counties where artists derive their materials from nature, creating sugar painting and straw weaving. For sugar painting, first the sugar is melted and then drawn on before it hardens.

Some artists will be visiting from Taiwan. Pasu’e Yasiungu Ne Niayoeova, who teaches at National Dong Hwa University in Hualien, Taiwan, will be leading a troupe of dancers to share Taiwan’s indigenous culture with onlookers.

“I grew up with tribal music and dance that my elders taught me,” Niayoeova said, “We hope more folks can come to know Taiwan through our dance, as well as Taiwan’s aboriginal culture.”

Bicycle company Sliders, which is 100 percent made in Taiwan, will have a booth at Passport to Taiwan. CFO of Sliders, Mike Cho, said he had been to the festival several times when he studied at New York University, but it would be the first time for Sliders.

Sliders bikes are foldable and the pedals are lower than those of a regular bicycle, so that girls wearing long skirts, the elderly, and children can all ride comfortably on them.

Cho said that the event could draw more attention to the advantages of Taiwan-manufactured products.

“Some people don’t even know what Taiwan is. Bicycle enthusiasts might know Taiwan bikes are pretty good, but they wouldn’t think there’s a marked difference with Chinese bikes,” said Cho, “But I always insist that all of our products must be made in Taiwan.”

Through the varying forms of art, festival participants for Passport to Taiwan are likeminded in their desire to promote Taiwan.

When asked how she got involved with Taiwan tourism, Sasha Chou beamed.

“It’s my job,” she began with a laugh, “But also, you need a bit of passion, you know? I think Taiwanese people have that kind of, “I love Taiwan, so I want to help Taiwan” [spirit].”