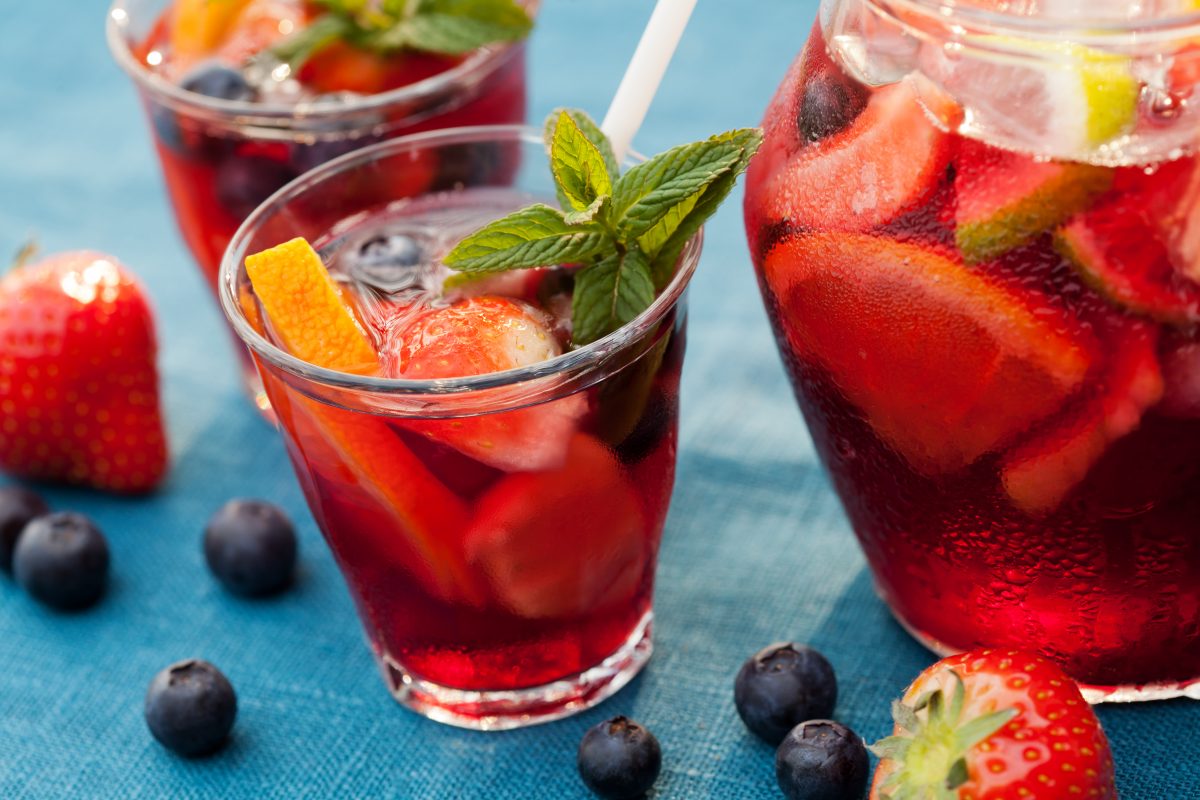 A variation of the punch mix. (*Shutterstock)
Food

The New Year parties are revving up but some hosts and attendees are looking for last minute drink and appetizer recipes.

Check out some below.

This recipe, which serves about 50 people, features a bunch of fruit along with alcohol. Peel rinds from three oranges and about a dozen lemons, and combine the rinds with two cups honey and one cup hot water. Stir and set aside.

Juice the peeled lemons, and any additional lemons needed to yield three cups. Mix with two 750-milliliter bottles of blended Scotch whisky, and one similarly sized bottle of gin-based fruit cup, such as Pimms.

Strain the original mixture that has honey, and discard the rinds. Combine with the other liquid.

This recipe, which serves about six people, starts off with pouring a quart of water into a saucepan and bringing to a boil. Remove from heat and toss in three orange spice tea bags. Cover and steep for five minutes.

Ladle the cider into six mugs and add 1/2 teaspoon butter to each. Add a cinnamon stick to each cup.

This recipe makes one cocktail but can be doubled or expanded even more for more people.

Combine 1 1/2 ounces of Ciroc Amaretto Vodka, one ounce St. Germain, one ounce Cherry Heering, 1/2 ounce fresh lemon juice, and one ounce apple-cinnamon simple syrup in a cocktail shaker, and shake vigorously. To make the syrup, cut up four apples, boil in 2 1/2 cups of water, add two cinnamon sticks and stir for 0 minutes, then add 2 1/2 cups of sugar. Drain and double strain the syrup after five minutes over medium heat.

Double strain into a chilled wine glass rimmed with gold flake and sugar. Top with Champagne.

This recipe serves about 15 people. Put one 750 milliliter bottle of Burgandy wine in a punch bowl. Dissolve one cup sugar.

Stir in eight fluid ounces of brandy, and one quart of club soda.

This recipe makes one cocktail. Pour one ounce of Stoli Elit Vodka into a Champagne flute.

Drop a single raspberry in the glass for a garnish.

This recipe, which serves about 24 people, is cooked in a single skillet.

After preheating the oven to 350 degrees, crumble one pound of uncooked chorizo into a 10-inch ovenproof skillet.

Bake the combination for about 15 minutes. Finish by sprinkling with a seeded and chopped tomato, and three green onions that are thinly sliced. Serve with chips.

Combine two teaspoons of paprika and one teaspoon of cayenne pepper in a small bowl and set aside.

Heat six tablespoons of olive oil over medium-high heat in a 12″ skillet. Working in 2 batches, add chickpeas to skillet and sauté, stirring frequently, until golden and crispy, 15–20 minutes.

Transfer chickpeas to paper towels to drain, then place in a medium bowl. Sprinkle the paprika-pepper mixture over the chickpeas, and season with salt. Toss with two teaspoons lime zest.

This recipe makes four to six servings. Preheat the oven to 350 degrees. Take six hot cherry peppers and halve them through the stem, seed, drain, and pat dry.

Stuff each pepper with a heaping teaspoon of cream cheese and wrap with a slice of bacon. Arrange in a large ovenproof skillet and cook over moderate heat, turning until the bacon is browned, 12 to 15 minutes.

Transfer the skillet to the oven and bake for about five minutes.