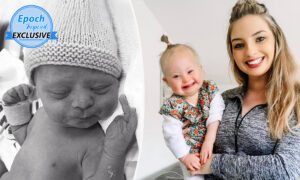 How’s That New Year’s Resolution Holding up so Far?

If just weeks into 2009 you’re already struggling to stick to your New Year’s resolution, it could be because of your thoughts rather than a lack of motivation or ability.

According to Montreal-based psychotherapist Rhonda Rabow, research shows that of the approximately 60,000 thoughts a person has in a day, 87 percent are negative. And what’s more, the majority are the same thoughts we had yesterday.
“This negative self-talk sabotages us because thoughts have a momentum,” says Rabow.

“If you’re remembering a time when you failed in something then you’re going to start remembering all the other times you tried to do other things and failed in those. Then you create a momentum of negative self-talk which is going to discourage you from whatever it is you’re trying to achieve through your goals.”

Much of the negative thinking takes place subconsciously, which makes it tricky to put a stop to it. But Rabow says it can be done by tuning in to how we feel.

After we tag the feeling, she says, we can identify the negative thought and replace it with a positive one. That, in turn, changes the way we we’re feeling.

“It's a process of becoming aware of it, not judging it, and just noticing that it's a habit of thoughts, that's all it is. It doesn't mean that you’re a bad person or that you’re a failure.”

A lack of planning and not setting realistic goals are also a major reason why people fail to keep their New Year’s resolutions. If you resolve to lose 20 lbs, say, you have a better chance of success by aiming for a steady loss of one or two lbs a week rather than trying to lose it all in four weeks, says Rabow.

The goals you make have to be meaningful for you personally, and not merely to please your spouse or parents. Short term goals lead to better performance and greater success than long-term ones.

And goals work better when written down. Research shows that goals that are written down have a 90 percent greater chance of success than those just kept as thoughts.

“For goals to become actualized, they need to be written down,” says Rabow. “If we set too big of a goal and then feel discouraged, that sabotages the process and we don't want to deal with it.”