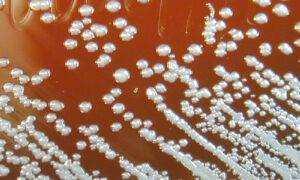 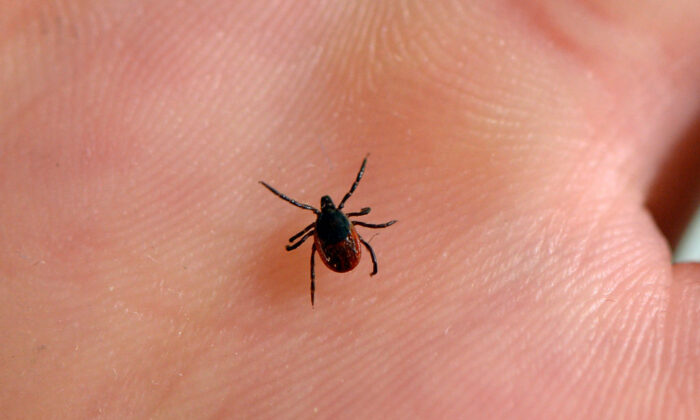 A tick at the French National Institute of Agricultural Research in Maison-Alfort, on July 20, 2016. (Bertrand Guay/AFP/Getty Images)
Asia & Pacific

Researchers in Japan have discovered an infectious tick-borne virus in Hokkaido that can infect humans, according to a study published in Nature on Sept. 20.

“At least seven people have been infected with this new virus in Japan since 2014, but, so far, no deaths have been confirmed,” said Keita Matsuno, a virologist at Hokkaido University, in a statement.

The name Yezo is the historical Japanese name for the island of Hokkaido—one of Japan’s main islands—where the virus is thought to originate.

Gene segments of the Yezo virus were identified in the blood and urine of both cases. Researchers also further identified five positive cases from blood samples of 248 patients suspected of bearing tick-borne diseases since 2014.

The two most recent cases were infected in a forest in Sapporo, Hokkaido, when both men were bitten by an unidentified arthropod, suspected to be a tick, that latched onto the skin for at least 30 minutes.

Neither men had previous medical conditions. Both developed symptoms of ongoing fevers for three to four days, low platelet and white cell counts, and some form of skin reaction to the tick bite.

Researchers also screened samples from wild animals to determine the likely source of the virus. They found viral antibodies in the Hokkaido sika deer and raccoons indigenous to the region. They also found the virus RNA in three major species of ticks in Hokkaido.

“The Yezo virus seems to have established its distribution in Hokkaido, and it is highly likely that the virus causes the illness when it is transmitted to humans from animals via ticks,” said Matsuno.

While Yezo virus has yet proved to be fatal, Matsuno said it is likely that the disease is found beyond Hokkaido and emphasized the need to investigate its spread.

“More hospitals should test for the virus in patients who complain of the symptoms,” a press release from Hokkaido University said.

In the United States alone, state and local health departments reported 50,865 cases of tick-borne diseases to the Centers for Disease Control and Prevention (CDC) in 2019.

Between 2016 and 2019, Lyme disease remained the most common tick-borne disease in the United States.

According to the CDC, there has been an upward trend in the number of tick-borne diseases annually between 2004 and 2019.