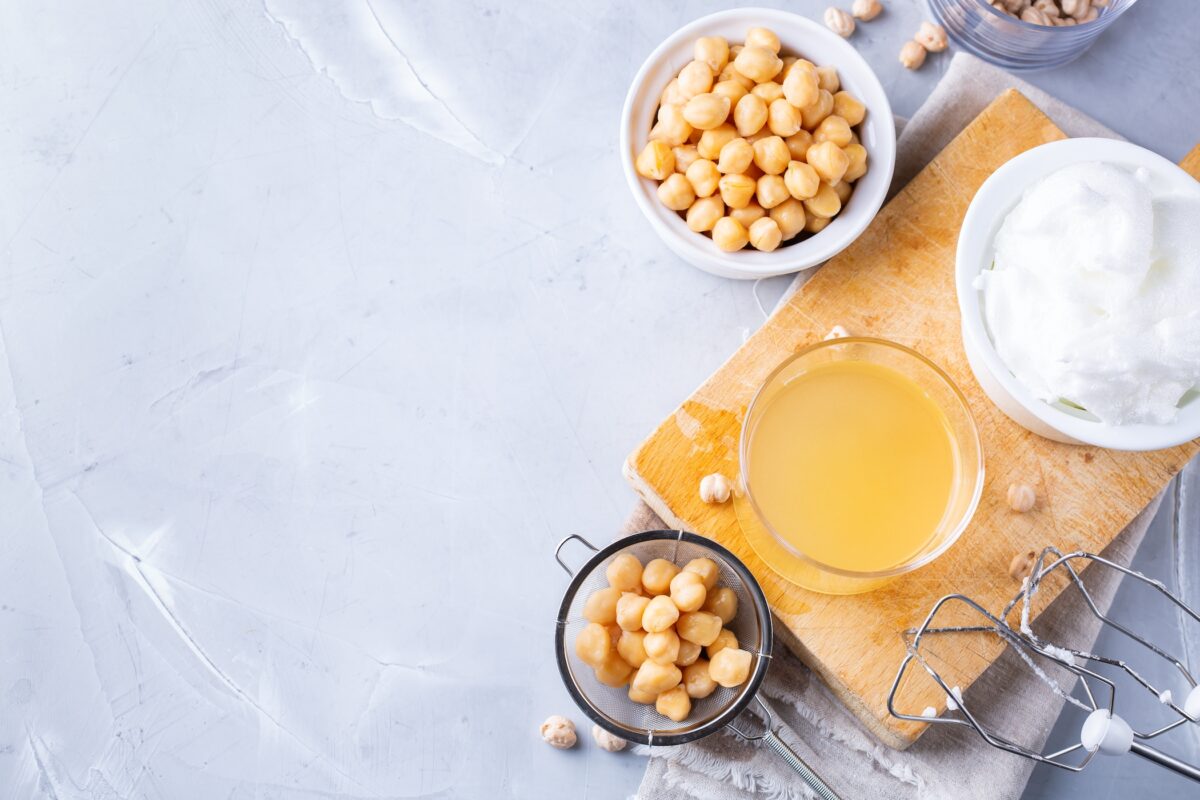 New Recipes to Explore the Delights of Aquafaba

Do you know about aquafaba? You should. It is a versatile vegan substitute for eggs and egg whites. Since Dr. Fuhrman advises to keep animal products to a minimum, it is nice to make use of this replacement.

Aquafaba (Latin for water bean) is the meringue-like substance you get when you whip the thick liquid that comes in cans of beans or from cooking dried beans in water. Yes, the stuff that you usually discard when making fresh beans or rinse away when you open a can of beans is actually useful.

No one is exactly sure why whipping the cooking water of beans yields an egg-white consistency, but one thought is the proteins and starches in the bean liquid mimic some of the proteins found in eggs. The starch may help slow the collapse of the foam.

Dr. Fuhrman has already found some uses for aquafaba. It is great to enhance ‘nice’ cream recipes — it helps the ice cream retain a creamy texture even after freezing; blended soups are creamier when blended with aquafaba. Also, quiches and mousses — both come out light and fluffy without the use of eggs. Try our recipes for Broccoli Quiche with Aquafaba and Aquafaba Chocolate Mousse below and see if you think whipped bean juice has a place in your Nutritarian kitchen.

Some Tips If You Want to Try to Incorporate Aquafaba Into Your Own Recipes:

Heat 2-3 tablespoons of water in a large pan and add sliced onion and mushrooms. Water sauté until onions are tender, adding small amounts of additional water as needed to prevent sticking. Add broccoli and a few more tablespoons of water, cover and cook for 5 minutes or until broccoli is almost tender.

Combine remaining ingredients in a high-powered blender and blend for at least one minute to whip up the aquafaba.

Place onions, mushrooms and broccoli in an eight-inch cake pan that has been wiped with olive oil. Pour blended mixture on top and stir to combine.

Bake for 35-40 minutes or until top is golden brown. Allow to cool for 10 minutes before cutting.

Blend potato, cherries, blueberries, cocoa powder and dates in a high-powered blender until smooth and creamy. Transfer to a bowl and gently fold in whipped aquafaba.

Note: To make whipped aquafaba, use a hand beater or stand mixer to whip together 3/4 cup chickpea liquid (liquid from a 15 ounce can) and 1/4 teaspoon cream of tartar. Whip for 5 minutes or until mixture forms stiff peaks. (This will yield more than one cup. Leftover whipped aquafaba will keep overnight in the refrigerator.)

Linda Popescu
Follow
Linda Popescu, MS, RD is a Registered Dietitian with graduate degrees in Nutrition from New York University and in Food Science from Rutgers University. She works with Dr. Fuhrman on developing great-tasting Nutritarian recipes and healthful menus that put his nutrient dense, plant-rich eating style into action.
SHARE
Friends Read FreeCopyFacebookTweet
You May Also Like