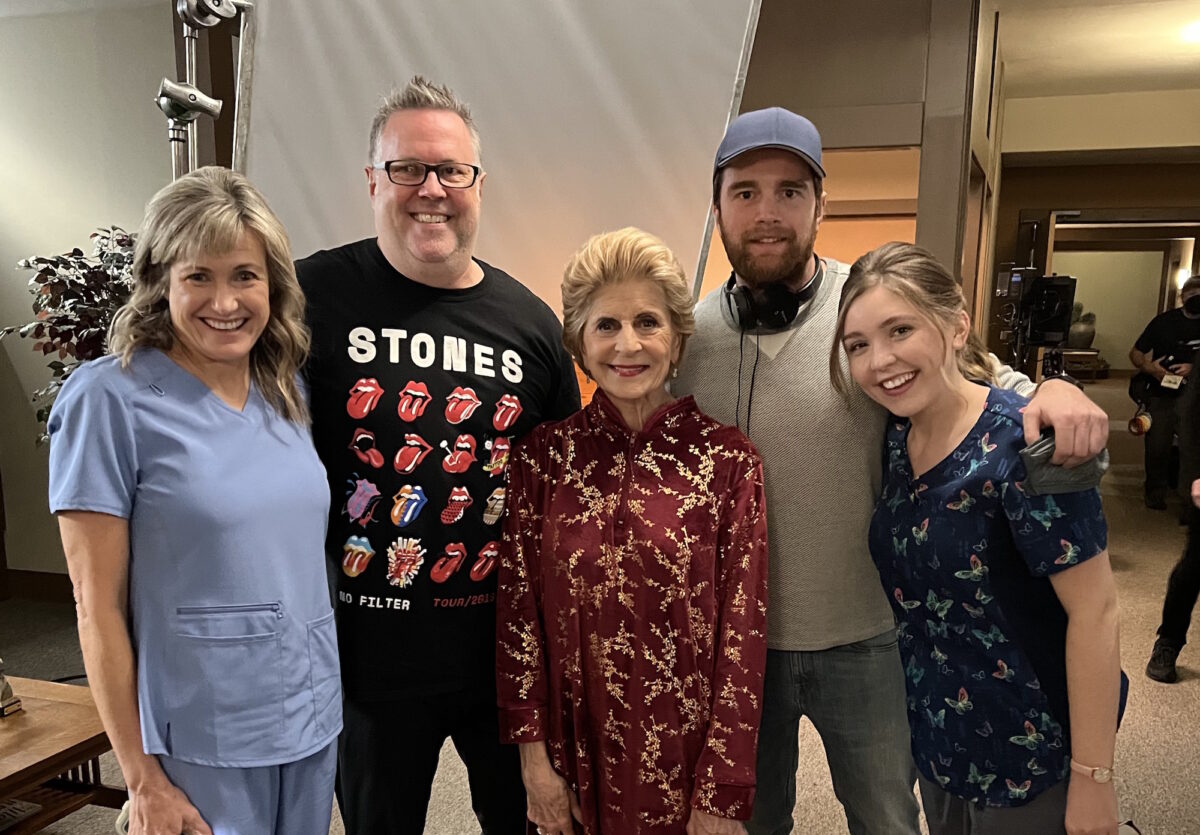 In the classic tragedy “Hamlet,” William Shakespeare refers to the afterlife as “The undiscovered country, from whose bourn no traveler returns.”

The new, scripted drama “Going Home” looks at travelers who are about to embark on this journey through the eyes of an end-of-life hospice worker.

The series on the PureFlix streaming service stars Cynthia Geary as Charley Copeland, the senior nurse at Sunset House, a facility in Washington state. She refers to the residents as her “clients” but takes the job extremely seriously.

The series was created by Dan Merchant, who also serves as executive producer, showrunner (head writer), and occasional director.

Medical series have been a staple of the televised, one-hour drama for decades. There have been countless series that take place in a hospital, but a hospice?

“I think we’re the first series set there,” Merchant told The Epoch Times.

Merchant said the idea for it was “clearly borne out of the pandemic.” Having a father with cancer—coupled with the constant death count on the news—had him thinking about death daily.

However, he acknowledged inspiration for “good ideas” are often just handed to you.

While contemplating the notion, he drew on his experience with his grandparents’ and parents’ final days in a hospice, and how the workers there had “this weird, quiet strength about them and they were unfazed by death,” prompting him to develop the idea into a series.

In episodic television, the next step is a “pitch session.” That’s when a writer-producer tells his idea for a series to a development executive at a studio, network, or these days, a streaming service, in hopes the executive will greenlight it.

Convincing an industry executive that a series about death is something audiences will want to watch is a hard sell. Merchant is surprised it worked.

“I’ve marveled at this,” he said. “The divine is in this equation somewhere.”

Once Sony Entertainment green-lighted the series, the next step after writing a pilot teleplay was casting.

There were two signs from above that Geary was the one for the lead role of Charley Copeland. The first was the character was scripted as a runner. She runs throughout the opening credits in each episode.

Geary is a runner.

“She’s a tremendous actor and she’s a runner!” said Merchant. “Not all actors are runners.”

When Geary read for the part, Merchant thought she looked the way he pictured Charley in his head.

The second sign was that when Geary runs, she does so with her golden retriever, coincidentally named Charlie.

Geary isn’t new to episodic television. She had success in her 20s, when she played Shelly Marie Tambo on “Northern Exposure,” which ran for five seasons from 1990 to 1995.

Geary and Merchant spent time at a hospice in Spokane, Washington, to study exactly how things are done.

“The thing I noticed most when I met with the hospice nurses was how present they are,” Geary told The Epoch Times. “When I was talking to them their total focus was on me and our conversation. I never felt like they were in a rush to get to something else, even though I was meeting them at work and they had more important things to do.”

At the end of each episode, after the client dies, the staff undertaker wheels the covered body into a hallway where the family and staff are seated. They take a few minutes to reflect on the life and death of the person.

This ritual actually happens at the Spokane hospice where Merchant and Geary did their research.

“It’s as much for the hospice workers as it is for anybody else,” Merchant said. “So it’s for them to acknowledge the person that they cared for who’s now passed on.”

There’s an underlying theme of faith in the series. At the end of each episode, Charley sits on her back porch, talks to God, and figures out the direction in which she must go.

“When I call on you, your answers are quick. I know you’re moving, even when I can’t see it. But I do like it when I can see it,” she says to God in an early episode.

“Charley is a person of faith,” said Merchant. “And that’s what motivates her. There’s certainly an idea of purpose.”

“She’s got a legitimate, real relationship with God.”

The executives at Sony Entertainment are fine with this. Merchant believes he can write Charley this way because he’s not shoving religion down the throats of the viewers, but instead has made her authentic in her relationship with God, which mostly comes through her actions.

Merchant believes the Spokane-filmed series “is a bit of an existential detective story,” where Charley has to deduce what the client and family need from her and how she can give it to them.

Once the need is fulfilled, it’s followed by “reconciliation and forgiveness and grace, compassion—some of these things that are a bit of a lost art in today’s I’m-right-you’re-wrong kind of a world,” Merchant said.

“What I hope the show conveys is it’s about life and it’s about living,” he said. “And what I learned from the hospice workers is that death isn’t the opposite of life; it’s part of this journey we call life.”

Each “client” in each episode knows he’s at the end of his first journey and is about to embark on his next. As the character Betty Baker says in the second episode, “I’m excited to see what heaven turns out to be.”