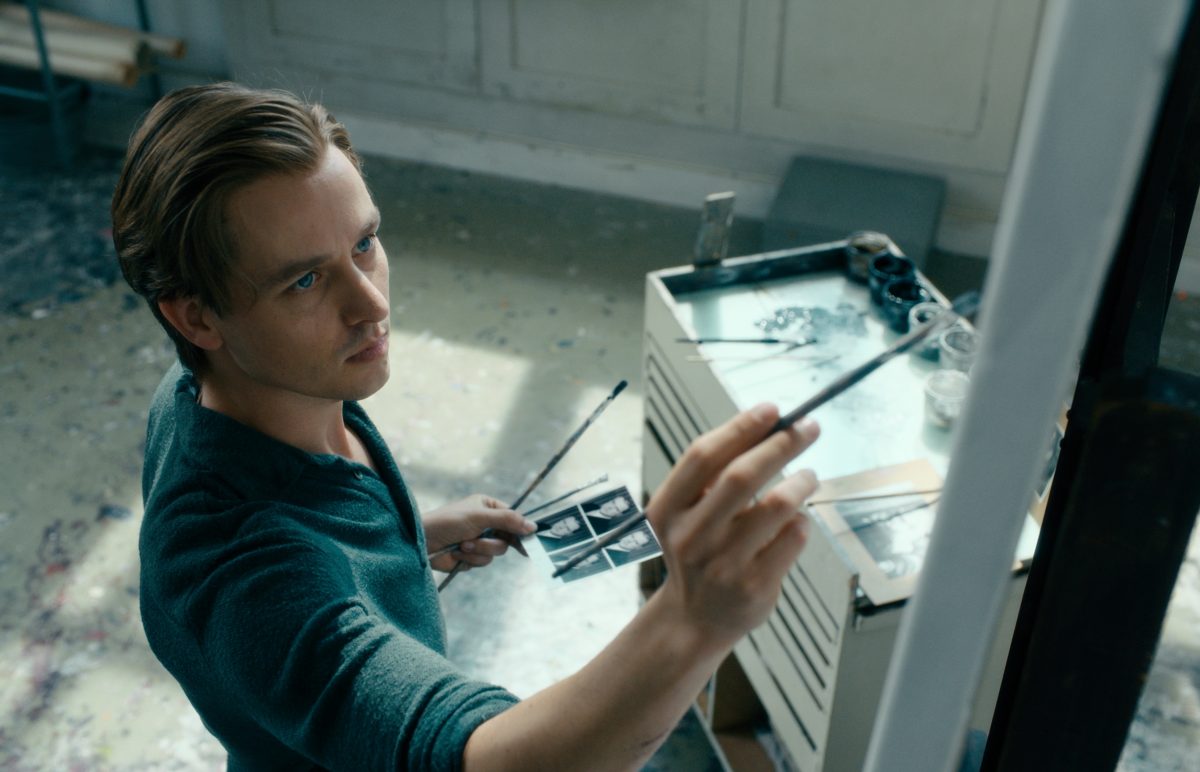 ‘Never Look Away’ From Truth and Beauty

Florian Henckel von Donnersmarck gives us a master class on filmmaking with his stunning Oscar-nominated release “Never Look Away.” The latest offering by the award-winning writer and director is everything a movie should be: a compelling story, visually sublime, conceptually evocative, and emotionally gripping.

The film follows an aspiring artist over three turbulent and dynamic decades of German history: the 1930s into the ’60s, examining how the political ideologies during this era affect one family in particular.

But more importantly, perhaps, the film demonstrates how political ideologies influence society and art. These ideologies have altered the art world, changing the perception and role of art and artists, perhaps more than any other time in history.

Donnersmarck’s debut film, “The Lives of Others,” a dark thriller, also set in communist East Germany, won every award, including the 2007 Oscar for best foreign-language film and the Golden Globe.

“I like it when titles can mean different things and give you a feeling of the atmosphere,” he said during a buoyant phone conversation.

“Many atrocities might have been avoided if people hadn’t turned away,” he asserts.

Artistic Voice and the Origin of Creativity

The artists’ journey to hone their own voices is a mysterious confluence of experiences, both personal and political, internal and external, as well as one that sorts through those experiences to integrate and develop, and those to reject.

I asked Donnersmarck if he agrees with a statement that the protagonist’s Aunt Elisabeth says early on in the film, “Everything that’s true is beautiful.”

“It is not directly an expression of my conviction.” But what is important to him, Donnersmarck says, “is what the relationship between truth and beauty is.”

Donnersmarck explained that many of the artists he knows are seeking either truth or beauty as a central aspect of their work, or as an ideal.

“But what is the relationship between truth and beauty?” Donnersmarck asks.

The film opens with ethereal Aunt Elisabeth taking her nephew Kurt, then a young boy with artistic aspirations, to see an exhibition of “Degenerate Art” in Dresden. Here in the first scene, a Nazi gallery docent educates the visiting public on the Nazi ideology of art, claiming it to be a protector of traditional art that “elevates the soul.”

Trained as a classical painter myself, I can laud such a position, but here is the tragic irony: Hitler was responsible for murdering a huge percentage of the cultural elite in Europe, many talented traditional composers, artists, and musicians of this time. Nazi ideology clearly was not about the integrity of art and safeguarding humanity.

This is a fascinating albeit disturbing example of how political leaders and regimes use language that sounds noble to fuel their nefarious agendas, quite contrary to their slogans and promises.

The Nazis, as evidenced in this film, not only murdered the mentally and physically ill but also were vicious and evil in other, unthinkable ways. It would be a natural response, therefore, to believe and do the opposite of what they professed.

Unfortunately, this is a perfect example of throwing out the baby with the bathwater. The baby here is a centuries-long history of traditional and beautiful art.

After the Germans under the Third Reich lose the war, the Allied victors divide Germany into four zones of military occupation. Kurt (a fictionalized version of German artist Gerhard Richter), played by Tom Schilling, finds himself in art school in East Germany, under the Soviet communist philosophy. It seems here that the aesthetics are equally restrictive, as the only acceptable form of art is socialist realism—a form of propaganda for the state.

Georg Lukacs, the Hungarian cultural commissioner of the Communist International and founder of Western Marxism, founded the Frankfurt School. One of its tasks was to establish a “new cultural form” by abandoning traditional culture.

This new cultural form set about excluding art that sought to represent the divine. As Herbert Marcuse, a German socialist and a representative of the Frankfurt School wrote in “The Aesthetic Dimension: Toward a Critique of Marxist Aesthetics”: “Art both protests these [given social] relations, and at the same time transcends them. Thereby art subverts the dominant consciousness, the ordinary experience.” That is, Marxist art sought to depict what was traditionally considered good as evil and evil as good.

In the film, when Kurt and his wife, Ellie (Paula Beer), escape to the West shortly before the Berlin Wall is built, he is accepted into a prestigious modern art school in Dusseldorf. In West Germany, he must now contend with reactive, perhaps equally warped ideas of art as he tries to discover his creative voice. He is continuously mocked for painting at all and told that “painting is dead,” while his fellow students are preoccupied with piles of potatoes and slashing canvases.

This illustrates perfectly how modern art prioritizes self-expression over formal technique in the name of freedom. But art students, trained in most contemporary art schools today, have come to discover, conversely, that not knowing how to draw a figure, in fact, limits freedom, rendering one unable to truly express ideas and visions proficiently.

“The art establishment has turned away from the old curriculum which puts beauty and craft at the top of the agenda,” says philosopher Roger Scruton, whose opinions have received enough attention that his quotes appear on several sites. Scruton, who teaches and lectures extensively on art and the importance of beauty in society, has written: “Art once made a cult of beauty. Now we have a cult of ugliness, instead. This has made art into an elaborate joke, one which by now has ceased to be funny.”

It’s hard to imagine that art in the tradition of da Vinci, Michelangelo, and Rembrandt would be mocked in art schools, but art has in fact become so polarized and reactionary that this mentality is indeed prevalent in art schools around the world.

It seems that the legacy of the tumultuous era from the 1930s to the ’60s has contributed to a profound and lamentable, if understandable, confusion about art: If Nazis and communists are bad, and they say that classical art is good, then classical art must be bad, and anti-classical art (that is, modern art) must be good

Through the character of Kurt, Donnersmarck shows us that the most compelling art is transcendent. Kurt is unlike his university professor Verten (Oliver Masucci), who seems lost in a loop of his human experience and suffering. Verten’s driven to work only with felt and animal fat as a direct result of a wartime trauma that he has never recovered from.

Kurt, on the other hand, in the context of this film, seems to finally be able to transform his skills and life experiences, both positive and painful, into a beautifully rendered image from life—his life—a homage to family, love, and the past.

Kurt’s life, his childhood memories, losses, and strange karmic ties to his loving birth family, as well as to the nefarious relations he married into, produced, like sand in an oyster’s shell, something magnificent. Seeing Kurt’s final painting shows us that although we can trace factors that contributed to his creativity, there is something enigmatic, something undefinable, something perhaps divinely inspired in his process, which is the very thing the communists would denounce.

“When you do something good in art, or albeit in any field, something worthwhile, you have to understand that it is not you who created it. You channeled it; it was immanent somewhere. I think it’s like that,” said Donnersmarck of the creative process, echoing sentiments from Beethoven to Einstein, who have attributed their inspiration to some otherworldly source.

“If you get to the place where you are channeling it the right way, it hasn’t got much to do with rational knowledge,” Donnersmarck adds about this mysterious method that many artists have learned to trust. “Kurt uncovers some truths he can’t explain rationally … that feeling almost becomes infallible. It’s not them, they know. Their antenna is set right to receive.”

Donnersmarck, whose antenna seems set just right, acknowledges, “Truth is so rare to find that it gives you the same feeling as seeing beauty.” Just like this film does.