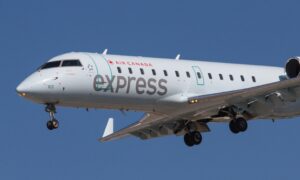 Wellness Products Under $25 for Your Next Flight
0 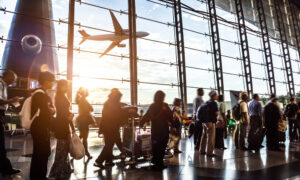 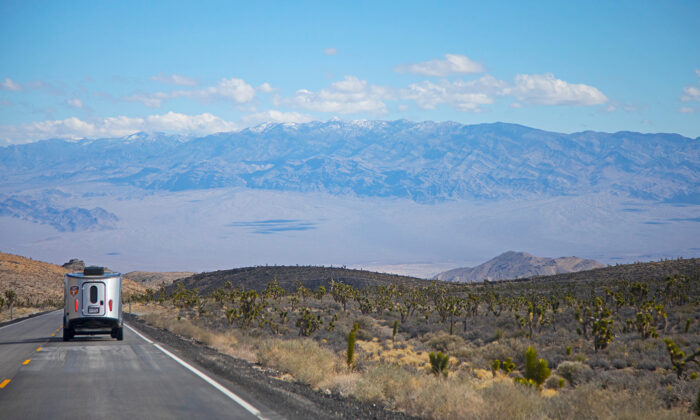 Nothing says “road trip” like embracing the pioneer spirit of the Wild West, and there’s no better place for such an adventure than the dusty desert roads of Nevada. With awe-inspiring landscapes, well-preserved remnants of Gold Rush boom towns, and only-in-Nevada roadside attractions along the way, a four-wheeled adventure through the state is one for the bucket list.

Nevada is one of the best states for road-tripping because you can choose your own adventure: routes crisscrossing the state show off its breathtaking countryside, from wide-open deserts to sparkling lakes to rocky mountain ranges. There are over 10 established road trip routes to choose from: Interstate 80’s 400 miles between Reno and West Wendover are known as the Cowboy Corridor and hearken back to the Wild West of yesterday; Highway 50, nicknamed “the loneliest road in America,” runs east-west across the state from Carson City to Baker, following the same journey as the Pony Express and Overland Stagecoach Trails of the 1800s.

However, no route presents Nevada both yesterday and tomorrow quite like the newly implemented Electric Highway between Reno and Las Vegas. Route 95, nicknamed the Free-Range Art Highway due to its many roadside art installations, stretches 473 miles—about 7 hours of driving—through ghost towns, massive desert expanses, and the silver mining town of Tonopah, linking Reno to the bright lights of Vegas. With an abundance of strategically placed electric vehicle charging stations along the route, Nevada’s Electric Highway is the ideal eco-friendly adventure, a forward-thinking take on a traditional family-favorite travel pastime.

The interplay between a futuristic travel approach and the centuries of American history lining the route creates a sense of stepping into the future and back in time, all at once. As electric cars become the norm, Nevada is enacting infrastructure perfectly fit for the road trip of the future—one that moves the needle forward while celebrating the past.

The Nevada Electric Highway, or NEH, features a concentration of charging stations at strategic locations between Reno and Las Vegas, the rollout of a multi-phase plan to beef up Nevada’s energy infrastructure. The NEH is a partnership between the Governor’s Office of Energy and various energy service providers in Nevada.

Tesla—whose mission is to accelerate the global transition to sustainable energy—also joined in, installing Tesla-exclusive Superchargers along U.S. 95 to further cement Nevada as an epicenter of innovation. Tesla’s Gigafactory 1, located just outside of Reno, is on track to become the biggest building in the world—and it’s powered entirely by renewable energy.

Upon completion statewide, the NEH will become one of the first rural highways in America to be electric vehicle-friendly, linking travelers to the state’s many offbeat and off-the-beaten-path towns—and developing Nevada as a modern gateway to the West, beckoning a new generation of clean transportation.

In its current iteration, drivers on the NEH pass through Reno, Yerington, Hawthorne, Luning, Mina, Coaldale, Tonopah, Goldfield, and Beatty before hitting Las Vegas. The Silver State’s 600-plus ghost towns—which surpass its number of populated towns—plus natural wonders like hot springs, mountains, and barren deserts make for a scenic jaunt between the big cities.

It would be hard to avoid staying at The Row in Reno—a mini Vegas of sorts, it’s comprised of three resorts, 25 restaurants, 12 entertainment venues, and more, spanning six city blocks. If you’re surprised to find Reno to be cold, as we were in mid-May, grab a table under the care of chef Mark Estee at his downtown restaurant, Liberty Food & Wine Exchange, an artisanal-style eatery and bar highlighting ingredients from northern Nevada farmers and ranchers. You’ll find a bubbling pot of fondue on the menu, sure to melt the chill away.

Departing Reno, you’ll soon hit Silver Springs, home of Fort Churchill State Historic Park, which contains the ruins of an 1861 federal fort. From Silver Springs, you can stop again in Yerington or continue on to Hawthorne, located about midway between Reno and Tonopah (the ideal town for a nighttime stopover).

Hawthorne, a mining town founded in 1881, now has a Supercharger placed at the exact point where you’re starting to feel the need to stop and stretch your legs—but don’t linger for more than a charge. Instead, save your appetite for S’socorro’s Burger Hut, a roadside must-stop in the tiny ghost town of Mina—it’s a delicious burger shack in the middle of nowhere, exactly the kind of place you want to eat on a Nevada road trip.

Fed and happy, take to the open road and continue on to your stopping point for the evening: Tonopah (home to another Supercharger).

When silver was discovered in Tonopah in 1900, it sparked a major mining boom in Nevada. These days, visitors are more interested in the sleepy town for its stargazing opportunities—the nighttime sky is pitch-black—Gold Rush-era lore, and, of course, a spooky stay at the charmingly haunted Mizpah Hotel. During your stay, you can enjoy dinner at the onsite Pittman Cafe or pop over to Tonopah Brewing Company, home to craft brews and slow-cooked BBQ.

A monument to the Wild West, The Mizpah Hotel opened in 1908 at the height of Tonopah’s heyday—and at five floors, it was the tallest building in Nevada at the time. A high-class establishment, the Mizpah epitomized mining-town elegance and became a gathering place for the who’s who of the day.

The fact that, adjusted for inflation, the town of Tonopah yielded over $1 billion in silver is partially to thank for the old-world glamour you’ll encounter at the Mizpah even today. The historic hotel was closed from 1999 until 2011, when it was purchased and renovated by a descendant of a Tonopah saloon owner from the early 1900s.

However, at the Mizpah, history isn’t just a thing of the past. In the 1920s, a woman of the night was murdered on the fifth floor in a suite that now bears her name—and legend has it that she never left. Guests claim that her ghost continues to roam the halls of the Mizpah, though she makes her presence known in a relatively pleasant way: leaving pearls on pillows or night stands.

Once you’ve made it through the night, with or without a visit from the Lady in Red, it’s time to start making your way toward Las Vegas. But first, carry on from Tonopah and you’ll soon hit Goldfield, home of the International Car Forest of the Last Church, an unconventional collection of spray-painted sculptures: there are around 40 junk cars, trucks, and vans stacked or standing vertically on end. It’s one of those oddball roadside stops you have to see to believe (and a great photo op).

As you pass through, you’d never suspect that at its height, Goldfield was the largest and most lucrative town in Nevada, yielding the modern equivalent of $86 million in gold. Today, just 200 residents reside in Goldfield.

Continue southeast until you hit Beatty, where the legendary chili at Happy Burro necessitates a stop for lunch. Likely due to hours of driving through desert expanse, you get the sense that you’ve stumbled upon a mirage—the small walk-up style roadside bar spoons up some of the most memorable chili you could ever hope to find on a road trip. Order it with the works: Fritos, onions, and cheese.

If you have a designated driver, pop in next door to Sourdough Saloon, a watering hole that feels as if it’s straight out of the Gold Rush. Or, keep driving: nearby, the ghost town of Rhyolite and the Goldwell Open Air Museum are testaments to the oddest of Nevada’s roadside oddities.

From Beatty, you’ll embark on the final leg of your trip: it’s just a couple more hours to the bright lights of Las Vegas, where muted desert colors give way to glowing neon, and the hustle of the Las Vegas Strip stands in stark contrast to the miles upon miles of desolate landscape you’ve spent the past few days exploring.

The Lights of Las Vegas

The entertainment, dining, and shopping options are nearly endless in this adult playground. Book a show, pack your party clothes, and enjoy a late night out in one of the world’s flashiest cities. Park MGM, located in the heart of the action, is a solid choice when it comes to accommodations and dining both; at onsite Best Friend, the Korean-Mexican fusion cuisine by esteemed Los Angeles chef Roy Choi is one-of-a-kind.

Soon, the crumbling towns of yesteryear and wide-open spaces will seem a distant memory, a fever dream—proof that Nevada contains worlds within worlds, the best of yesterday, today, and tomorrow.

The author was a guest of Travel Nevada, Tesla, and the Nevada Governor’s Office of Energy.