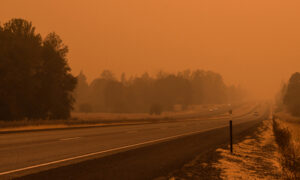 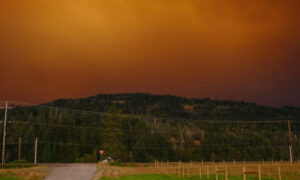 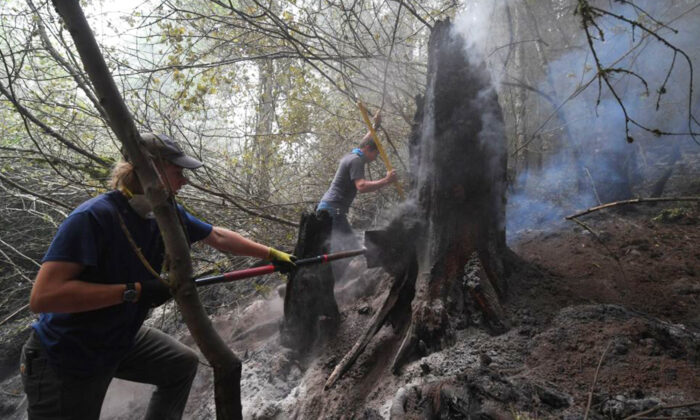 Members of the Estacada community are rallying together to defend their own homes as the Riverside Fire continues to rage in the woods southeast of Estacada, Oregon.

Several fire departments have teamed up, offering fire trucks and manpower, while locals themselves have contributed in the effort—using their own pickup trucks and water tanks—to hold back the flames.

Local resident Aaron Frazey has been trying to protect his own property from the blaze after already losing his home on Wednesday.

“[It’s been] exhausting, nonstop, putting out fires, coming back and putting them out again,” Frazey told FOX 12.

Had it not been for efforts from the community, hosing down embers and breaking apart smoldering tree stumps, they might have lost more structures on their property. They are currently building a new home less than 100 yards from where their old home once stood.

“The emotions are pretty much gone,” Frazey added, “we dealt with that a couple days ago, but it’s still amazing that we have other structures that survived.”

Thankfully, the Frazeys have received help from his father-in-law Steve Jones and his sons, as well as others.

“Firemen have got their hands full, too, they can’t be out here fighting in the brush—they’re trying to save structures,” Jones told the news outlet.

The men have been laboring intensively, lugging hoses and pickaxes, to put out hotspots in the wooded areas along South Kinzy Road surrounding the family’s property.

“The neighbors are bringing pumps and water—filling up water constantly—there’s always a water truck driving by to fill us up,” he said.

Another Estacada resident, who wished to remain anonymous, said that he would have lost his home but for a local contractor, who supplied equipment and about 30 men to help put out the fire around his home.

“Because of their effort, my house stands,” he told FOX 12. “We want to thank those guys; you know who you are.”