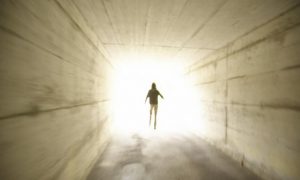 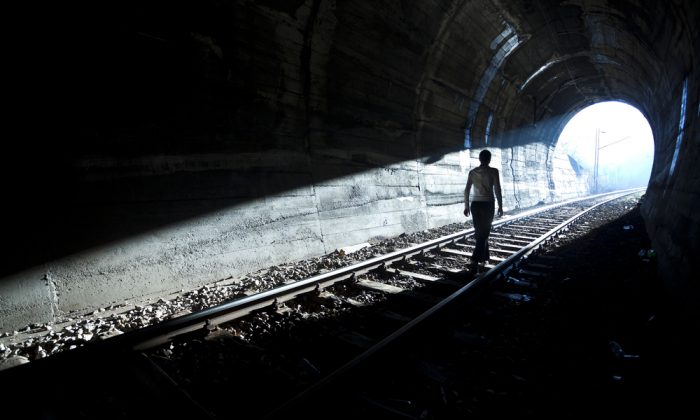 DURHAM, N.C.—Grandma was just resuscitated. She wakes up and tells you a bizarre story of coming out of her body and going to heaven. Has she developed psychosis? Was her brain damaged from the lack of oxygen?

After over 30 years of research, scientists have concluded that this is not the case. Instead, they think that this phenomenon is something today’s science is yet to understand, and that it is an opportunity for the advancement of science.

The phenomenon was coined near-death experiences (NDEs) in the 1975 book “Life After Life” by Raymond Moody, M.D. and Ph.D. in philosophy and psychology. NDEs generally include cognitive, affective, paranormal, and transcendental experiences.

Examples of NDEs include experiencing a change in one’s perception and way of thinking, feeling peace or calmness, gaining extrasensory perception (ESP), going through a review of one’s life and seeing the effects of one’s actions on others, a feeling of leaving the body, seeing deceased people and other beings such as angels, and feeling as if one has entered another dimension.

NDEs are encountered by people of all backgrounds, and most studies find the prevalence of NDEs to be 10–20 percent of people who have come close to death.

Interest in studying NDEs was sparked after the publication of Moody’s book. Then in 1981, the International Association for Near-Death Studies (IANDS) was founded “to promote responsible, multi-disciplinary exploration of near-death and similar experiences, their effects on people’s lives, and their implications for beliefs about life, death, and human purpose,” according to the IANDS website.

On Sept. 2–4, IANDS organized a conference in Durham, N.C., for NDE researchers to present their findings.

Bruce Greyson, M.D. and director of the Division of Perceptual Studies at the University of Virginia, said NDEs are reliable because the accounts by near-death experiencers (NDErs) of these events remain unchanged over time. He compared a group of NDErs’ accounts about their NDEs made 20 years apart and found that they remained closely identical over time.

Greyson believes that NDEs are an indication that the mind is independent of the brain because impaired brain functions would be expected during the clinical situation that the NDErs underwent, but his research found no corresponding impairment of mental functions in NDErs.

“In most cases, people’s mental functioning is better in the NDE than [it] is during our normal waking life,” Greyson said during an interview with The Epoch Times.

“Their thinking is faster, is clearer, is more logical, they have more control over their chain of thought, their senses are more acute, their memories are more vivid.

“If you ask somebody about their near-death experience that happened 15 years ago, they tell it as if it happened yesterday. If you ask them [about] other experiences from their life at the same time, they are very fuzzy memories, if they have any at all.

“[…] When you think that these experiences, which are characterized by enhanced thought processes [that] takes place when the brain is not functioning well or sometimes not functioning at all since it is in cardiac arrest or deep anesthesia—times when brain science would tell us that you shouldn’t be able to think or perceive or form memories—it becomes quite clear that we can’t explain this thing on the basis of brain physiology.”

Eben Alexander, M.D., a neurosurgeon who also spoke at the conference, had an NDE that’s a case in point. He contracted acute bacterial meningitis, which damages the neocortex, in 2008 and went into a coma, spending six days on a ventilator.

The glucose level of his cerebrospinal fluid was 1 mg/dl (milligram per one-tenth of a liter), while normal levels are between 60 and 80 mg/dl. When the level drops to 20 mg/dl, the meningitis infection is considered severe. For days after the coma, Alexander struggled to speak and recall memories before the coma. No one with this kind of severe brain damage is expected to fully recover.

However, during his NDE, Alexander had such vivid experiences involving multiple senses, such as vision, hearing, and smell, that he said he couldn’t describe how amazing it was.

“My brain right now—I think it recovered pretty well—could not do anything close to what my brain was doing,” Alexander said. “How does a dying brain end up getting far, far more powerful and able to handle these tremendous loads of information instantaneously and put it altogether?”