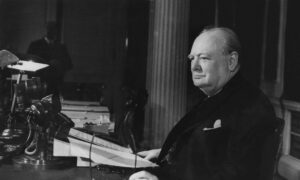 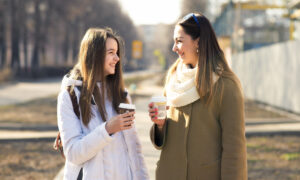 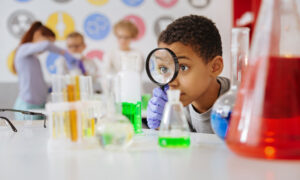 ‘I Want to Homeschool, but How?’: A Bare-Bones Guide to Getting Started
0 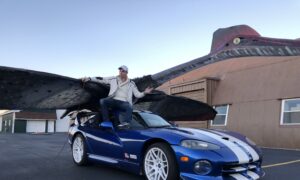 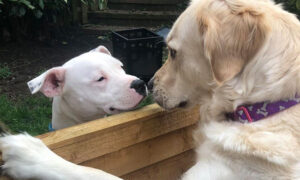 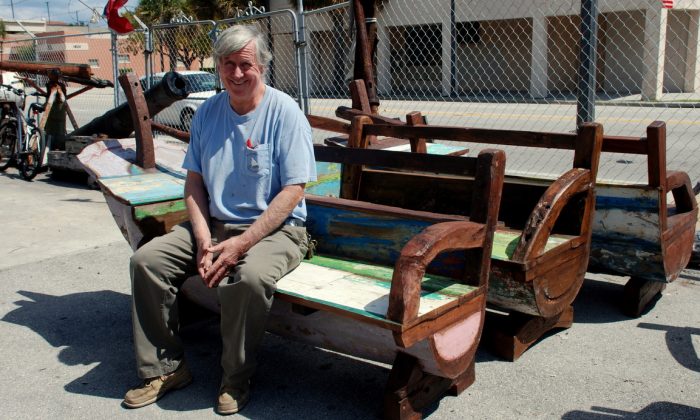 Benches made from hard woods taken from scrapped canoes and fishing vessels Culpepper located on one of his trips to Java. (Myriam Moran copyright 2013.)
Life & Tradition

Nautical Decor: Decorative Arts From Stuff that was

“People are very fed up with plastic. They want real. They want to light their garden. Well brass ship lights were designed to last 25-30 years at sea. It will last another 25-30 years outside,” David Culpepper, Sr. said from his warehouse in West Palm Beach, Florida. The place is a hoot. Nothing has a price tag. It is a trove of nautical items gathered from the far corners of the world. Anything that once was on a ship or used on the seas and oceans can be found among the jumble at Culpepper & Company.

Craig Sevde and his wife Nancy made a four-hour drive from Celebration, Florida, outside of Orlando, to find items for their store. “Our store is called Just Prep. It is all nautical décor but it has to have been at sea,” Craig said.

He purchased a large hard-wood spoked ship’s wheel for $120. “This is very heavy,” he opined as he struggled it to the trunk of his car.

“This is our favorite place to come,” Nancy said opening their trunk to reveal many other nautical bargains they were lugging home to resell.

A couple from Wellington were returning a shopping cart full of items they rented from Culpepper. They used them to bedeck their winning entry at a Polo Game. “The theme was pirates. We built a ship and a sailboat. We had all the flags from the Caribbean, put sails up. Had a gangplank with a dummy that looked real. The pirate had a rope around his neck,” Frank D’Amelio explained.

Frank and his wife Josephine were wheeling a small cannon back inside the fenced yard along with old wooden lobster pot floats, a ship’s wheel and items they’d used to win first prize at the Polo field. “Next month the theme is Hawaiian. We’ll be back,” Frank called to David Culpepper.

David and his son David with their friend David Baker, and a handful of loyal employees, sell nautical antiques and all manner of chimera. The stuff is gathered on trips to remote places around the world. The Culpepper’s enjoy every visitor. They take time to explain the history and provenance of each piece that will one day decorate a home, restaurant, garden or end up in the prop lot of some Hollywood studio.

Many of the nautical items used by Disney Productions for the motion picture ‘Pirates of the Caribbean’ came from Culpepper’s warehouse. It is a treasure trove of stuff. Some of it is rare, some of it old, some fresh from ship breaker’s yards, some reproduced in far flung places like the Philippines or China in the same solid brass or glass as the original.

“I was on the north coast of Java. I wanted to buy fishing dugout canoes. Nobody would sell them to me. Outside a village I saw these on a trash pile. I found the owner. He said he was going to burn them. I told him I wanted to buy them to make furniture. They originally thought I was going to use them fishing so wouldn’t sell them to me. Dugouts wear out when they drag them over lava rocks,” David explained.

The dugouts were cut in half. David had them standing on end with shelves built inside for books or decorative items. Faded colors were left on the wood just as they were found in Java. The canoes were stored outside in Culpepper’s yard. They will continue to mellow until some person discovers just the shelf needed for a special corner.

“The big canoes are used for fishing in the sea. When they wear out we get them and make table tops out of them for restaurants and bars,” David explained. The shipment he obtained from his recent trip to Java and Indonesia arrived in containers and had been unpacked. In addition to dugout canoes made into shelves, there were chests and planks and exotic woods everywhere.

Iron wood, teak, mahogany. Thick finished boards of mango and tamarind wood stood against shelves near a huge stuffed polar bear. “This is going out to a restaurant chain,” David said. He had to squeeze past the bear to put his hand on a thick teak board. “It’s all from my last trip to Java.” The wood would grace any bar or offer great conversation if made into a coffee table.

“These are stamped 1893 and 1907. They are ironwood railroad ties. Ironwood is related to lignin vitae. It is so heavy it will sink in water. The government of Java won’t allow shipment of just timber. It has to be a finished product. That provides work for the population. So I had these railroad ties made into table tops,” he said.

The unusual dark wood was beautifully finished with a natural patina. Nail holes and in some cases ancient nails were left in place. The ironwood table-tops sell for from between $120-225.

Across an aisle were coat racks made from old boat wood. The odd shapes and patina created original decorative art suited for a practical purpose. “We did a bunch of benches. They all sold except for this one,” David said, moving through a portal to gain entrance to the warehouse inside. There is really no place for the eye to come to rest. Every shelf, every aisle, every nook and cranny is piled with stuff.

Antique Japanese hard hat diving helmets, left as David bought them on one of his travels, lined a shelf. On a second trip to the warehouse the diving helmets were gone. They sold for $1,300 to $1,500 each. Around the corner, behind a wall of ship’s lanterns, steering pedestals, hardwood wheels and binnacles, is a case of rare antique ivory sculptures. Next to the glass case are wooden letters and numbers made from old ship’s wood. Original color and patina are left in place.
“We sell them three for $20. I’m getting ready to leave in May for China and the western coast of Java,” David said. “My son is in India today. He’ll go to Bangladesh. There are lots and lots of wrecks off the Java coast,” this former golf ball diver said.

Yes, David grew up in Florida and earned money in his youth diving for golf balls in lakes at some of Miami’s most fashionable courses.

“I had Jackie Gleason and Arnold Palmer balls.” Another story was brewing. Leave time when you visit Culpepper & Company to not only browse but to savor the ambiance. Busy or not David will take time to personally assist you. If you ask a question the answer will make the visit memorable.

“Alligators never were a problem. They swam away if I touched one by accident. It was alligator snapping turtles that were dangerous. They would bite you. They were just vicious. The tail looked like an alligator. One lake had lots of golf balls. I couldn’t get a quarter-bag and he’d come at me. He got my fins a couple of times but didn’t get me.”

Any visit to the immense warehouse and yard on Dixie Highway just .2 of a mile north of Palm Beach Lakes Boulevard between 16th Street and L.A. Kirksey in West Palm Beach is interesting. A visit with David Culpepper makes it an adventure.

The small office off a showroom is cluttered with stuff. The stuff changes often. His desk is littered with papers and objects. Lignin vitae bocci balls from England took up most of the empty space left for writing. A large lighthouse lens was barely visible under a heavy bucket and other stuff piled on top of it.

“This is a 17th Century Fourth Order lens from a lighthouse. It was invented by Louis Fresnel. It was the laser of the time. Put out a narrow beam of light. It was driven by a clock movement. The base floated in mercury so it took very little energy to turn it. I don’t know what that is,” David said. His discussion about the rare lighthouse lens was interrupted answering a question about a large tamarind wood ball. “Maybe it was used in rice production.”

The unknown is easy to find but not always easy to identify. Ship’s hardwood wheels are stacked the length of a rear wall. Ship’s brass bells, left just as they were discovered in breaking yards around the world, unpolished and original, are on shelves. “They are $18 a pound,” David told one customer.

“I’m going to make more furniture,” he said. A curio cabinet made from dugout canoe wood held bronze hermit crabs. The bronzes were unique, piled one on top of another. The cabinet was hand crafted with skill, its window wood finished down to natural color. The drawers were left with original faded but ornate colors of dugout canoe wood. The bronze crabs cost $75 to $85 each.

“In that part of the world I buy everything with a dose of salts,” David laughed. He was being asked about a bronze pot he brought back from Southeast Asia. “For every rule an expert will espouse there is an exception. I love finding really cool things you can change to use,” David reflected.

A trip to Culpepper & Company is a mix between visiting a museum and maritime junk yard. There is something you don’t need but have to have. Plenty of things you will never purchase but have to touch; old stuff, new stuff, kitsch and rare antiques.

Decorative art and junk that can be made into home furnishings with the right eye and proper touch. When you feel like decorating your cottage, beach house or mansion on the water, when only the real thing will do, go wild at Culpepper & Company. Hours of operation Tuesday-Saturday 10 AM to 4 PM. Telephone 561 837 8090.