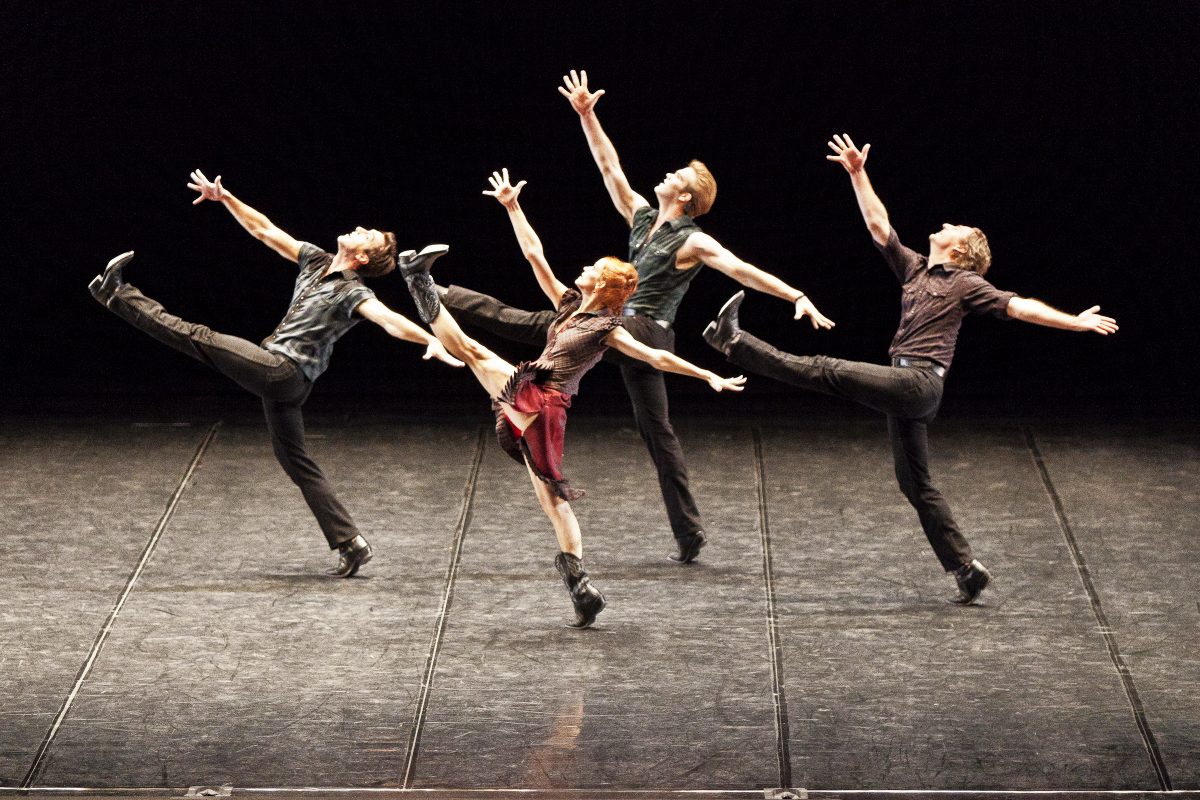 TORONTO—The National Ballet of Canada is presenting a tribute to legendary country, blues, and rock-and-roll singer Johnny Cash with a performance of choreographer James Kudelka’s The Man in Black this week.

Consisting of three men and a woman, the ballet is set to the music of six Cash covers of songs by musical icons such as Bruce Springsteen and Gordon Lightfoot, drawing inspiration from line, swing, and step dancing.

“It’s quite a masterpiece, I think. Just the scope of the imagery, and the musicality and the pacing of it,” said first soloist McGee Maddox.

Originally commissioned by BalletMet Columbus where it premiered in Columbus, Ohio, in April 2010, The Man in Black made its National Ballet of Canada debut in September 2011 on a tour of the West Coast. The ballet is making its Toronto debut this week from June 19-23.

“I think it’s important for the audience to see the capabilities of where the emotional scope of dance can go. It doesn’t have to be tutus and ballet slippers, or lots of makeup and light, or a full orchestra. It can be a very quiet thing, but it can be just as powerful emotionally,” he said.

“I can watch a ballet like Swan Lake and just be blown emotionally by the performance, but I get the same, ‘wow, that was amazing’ feeling whenever I watch this piece,” he added.

“And it’s not a piece that’s on the same scale—it’s just four dancers and recorded music, but there’s still the same emotional impact that a ballet like ‘Swan Lake’ or ‘Onegin’ has on me.

“I think it’s important for audiences to see that.”

While less technically demanding than a classical ballet, The Man in Black is nonetheless not an easy feat.

“There certainly is a challenge in having to do pirouettes in cowboy boots, especially on the heel of a cowboy boot,” Maddox said.

“I always prepared myself for those rehearsals very differently than if I was preparing for a classical ballet because I would walk in, and the first thing I would go put on was a pair of jeans and cowboy boots, and kind of stretch out and get comfortable in that way, and not worry about making a classical shape or a classical line, or expressing myself classically.

“I had to focus on a much more broad delivery of emotion,” he said.

Although a relatively dark emotional piece, Maddox believe it can inspire a sense of hope in the audiences.

“I think that there’s a light that shines throughout each movement,” he said.

“There’s happy moments and there’s sad moments. I think that that’s the light, because you can’t have complete darkness without having some sort of contrast.”

Running only 20-25 minutes in length, The Man in Black will be part of a bill of four contemporary ballets, including George Balanchine’s Themes and Variations, Norma Elo’s Pur ti Miro, and Guillaume Côté’s No. 24.