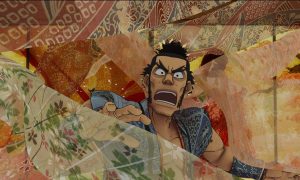 Though we still have the Naruto Shippuden Anime and the final Naruto movie, neither are as significant as Kishimoto’s manga, which began serialization in 1999.

If the average Naruto fan is shocked, then that is undoubtedly even more so for YouTube’s top anime reviewers, who can be said to have invested a good portion of their lives into reviewing the series.

Below we compile a list of YouTube anime reviewers and their reactions to the news this morning. We include prominent quotes from their videos.

“It’s kind of like I’ve been informed that one of favorite pets is about to die, like no joke. I mean, this became like a weekly thing for me. I know for you its like you read the manga, and some of you have told me “Oh, I read the manga and then I go to your review. It’s kind of like a habit; It’s kind of like a ritual that I do”. But for me, I forgot when I started doing Naruto reviews on a weekly basis. It’s a little bit scary. It’s a little bit scary that in two weeks, I’m going to wake up, and not have Naruto to read.”

From a plot point of view:

“[Discusses plot points]….I don’t think you can do that all in 5 weeks, so it looks like we’re going to have to bank on The Last -Naruto the movie- to wrap a lot of things up.”

With some epic music added in the background for effect:

“All the emotion that went into every fight, every scene, how much I’ve loved all of these different characters, I couldn’t fathom the fact that this was actually a story, and it’s written by a human being, and that it could one day actually [expletive] end.”

The opening statement of the video:

“SHOCKING NEWS. News just got released less than 10 minutes ago, the time I am doing this video right now. Naruto is set to end November 10th.”