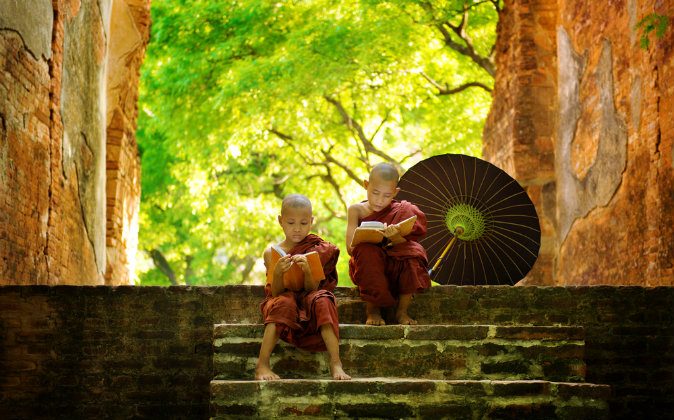 Myanmar: Top 10 Places You Must See

Even before the days of British colonialism and the ‘exotic east’ writings of luminaries like Rudyard Kipling, Somerset Maugham and George Orwell, Myanmar (formerly known as Burma) had long been a place of mystery and allure. With its legendary kingdoms, gorgeous landscapes, diverse people and fine examples of architectural and archaeological marvels, how could it not? These days, having re-joined the global community after 50 years of infamy at the hands of a ruling military junta, the Golden Land finds itself jumping onto an ever increasing number of traveler’s bucket lists. Given this, we were pleased to hear from Myanmar travel insider Bennett Stevens of Luminous Journeys. If this still largely untravelled destination doesn’t intrigue you already, what follows may well change that…

Oddly anglicized to ‘Rangoon’ under British rule, Yangon is one of the great unsung cities of the world, and certainly the friendliest! The ‘Garden City of the East” is most famously known as the home of Myanmar’s holy of holy’s – the 2,500 year old Shwedagon Pagoda. At 325-feet in height & covered in 60 tons of gold, Shwedagon’s shimmering glory dominates the city skyline. Although Yangon is much more than Shwedagon. There are a host of fine exotic hotels and restaurants, a burgeoning arts scene, rare antiques shops, fascinating markets, and even the night life is surging with new energy, Yangon is truly an urban experience quite unlike anywhere else.

The vast Buddhist temple-scape of Bagan, a legacy of devotion and monuments to power built by the Pagan Kings over several centuries, is not only a place of surreal wonder, but is without a doubt one of the greatest archaeological sites on earth. The 2,220 surviving temples (13,000 at its apex) can for the most part be explored quite freely. Modes of transport around the 40 square mile temple zone, include bus, car, bicycle, foot and hot air balloon!

Don’t believe what your read on certain travel review sites. Sure, the city is a dusty trading hub, but there is much more to it than meets the average tourist’s eye. On his photo tours, National Geographic’s Steve McCurry spends more time here than anyplace else. The Mandalay Array, as Luminous Journeys has dubbed it, is culturally and photographically rich indeed. Highlights include Myanmar’s 2nd holiest shrine, the Maha Muni gilded Buddha, the picturesque U Bein Bridge (the largest teak structure on earth), the massive, never completed temple of Mingun, the 600 monasteries and nunneries of the Holy Hills of Sagaing, and a whole lot more. Mandalay – as dusty as it may be – should not be overlooked.

One of the most popular and beautiful places to visit in Myanmar, Lake Inle is best known for its unique fishermen, who row their dugout canoes standing with a single leg wrapped around a single oar. Despite the rise in tourism and the changing waterscape of expanding ‘floating gardens’, (the lake provides 70% of Myanmar’s tomatoes), Inle, with its wonderful water bungalow hotels and welcoming people, still maintains its palpable, yet indescribable magic.

“The Golden Rock” of Kyaiktiyo

Located about f ive hours by road from Yangon, The Golden Rock is Myanmar’s 3rd holiest shrine, behind Shwedagon Pagoda and the Maha Muni Buddha. The true history of this gilded wonder resting precariously on the precipice of a mountain outcrop, is as shrouded in mystery as Myanmar itself. Legend has it that what keeps it from tumbling a thousand feet into the gorge below, is a single hair of the Buddha!

Copyright © 2015 by Global Grasshopper. This article was written by Bennett Stevens and originally published on globalgrasshopper.com.

Bennett Stevens is co-founder of a boutique tour provider dedicated solely to authentic travel & learning experiences in Myanmar. Owned & operated by Burmese & American travel professionals, LJ offers the distinct advantages of local knowledge & direct booking, without anything being lost in translation. Also find them on their Facebook page.

*Image of fishermen in Inle Lake at sunrise via Shutterstock