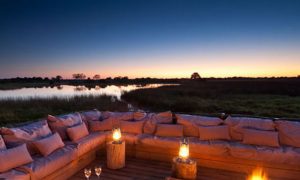 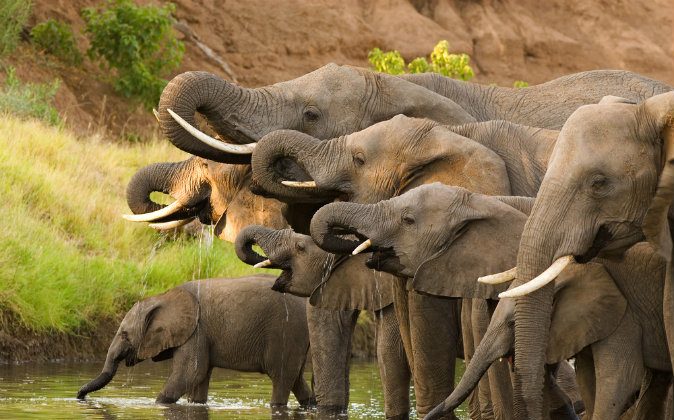 A herd of African elephants drinking at a waterhole in a stock photo. (Shutterstock)
Destinations

I’d been told that there was an incredible diversity and volume of wildlife in the country of Botswana, so on my last full day in Zimbabwe I elected to do a day safari in Chobe National Park, which is located in Botswana, just an hour’s drive from Victoria Falls. In this part of Africa, four countries come together along the banks of the Zambezi River: Zimbabwe, Zambia, Botswana, and Namibia, and it is quite easy to go back and forth between them.

For the entire hour drive to the Zimbabwe-Botswana border the transport jeep traveled through the Zambezi National Park. I kept my eyes peeled for wildlife, if only to hone my spotting skills for the day’s safari, and I was not disappointed. I spied the occasional elephant or two hiding in the brush just off the road and then began to see trees full of vultures. Suddenly, a very fat, sleek spotted hyena darted across the road in front of us. The driver said this was an auspicious sign – spotted hyena are rarely seen in the daylight as they are night hunters. With the vast number of vultures and other birds of prey that were gathering in the surrounding trees he speculated that there was a fresh kill nearby and sure enough, a bit further along the road we came upon a skull in the middle of the road. The driver stopped and kicked it around but it was so mangled that he couldn’t tell what kind of an animal it had been. Whatever the species, it was big, and the raw meat hanging off it confirmed the recent kill.

At the Botswana border I passed through Immigration, getting my passport stamped before walking over the border at a small dip in the road that was full of what appeared to be rainwater. I was instructed to step on a saturated foam pad that sat on the curbside, wetting the soles of my shoes. I walked along the curb while the jeep drove through the pit of water. This is a treatment to guard against bringing Hoof and Mouth Disease into Botswana, which I found truly ridiculous – they sanitized the soles of my shoes but my pants have been dragging around in the Zimbabwean soil for a couple of days.