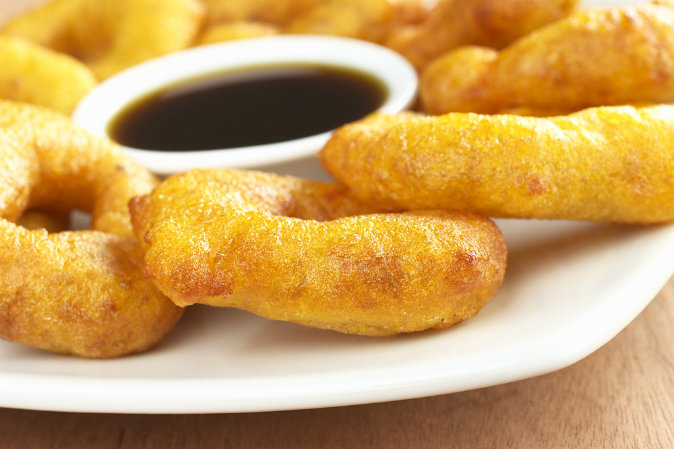 Must Try Desserts in South America

South America happens to be a cool place especially for those who are interested in hitting the beach and spending time enjoying the fresh sea breeze and the sand. With all sorts of cool destinations in this part of the world, anyone would be looking into highly recommended resorts that offer the best value for their money. However, there is more to South America than the awesome beaches and the lush jungles as this place is also one of the best getaways or those with a sweet tooth. There is no shortage of sumptuous desserts here as they have their unique offerings that will definitely leave anyone with a grin on their face. Here are some of the best desserts to try while you are in South America.

Most people associate this dessert with Argentina but there is ample reason to mention Uruguay too where this dessert is concerned as it holds the record for the largest alfajor. Alfajor is actually a dessert made of two cookies with duce de leche in between and coated with chocolate or rolled in coconut shavings. This can be bought in convenience shops as well as in bakeries and there are several varieties for this dessert.

Known as Thousand Sheets or Thousand Layer, the mil hojas is not just popular in Chile but in many countries all over the continent. The cake doesn’t have a thousand layers but it has just about 10 to 15 layers giving it a burst of flavor. The basic ingredient of this dessert is manjar which is traditionally made by cooking pure milk gently and slowly in order to reduce the volume and thicken the mixture. While doing this, sugar is gradually added. The manjar is spread on a sheet with puff pastry dough that is wafer thin in order to create a cake. Each bite will give you an ultimate experience with its crunchy and flaky feel. There are different versions for this dessert for every household too.

This meringue dessert happens to be one of the kinds because you can find it in several streets in the country. This merengue is served in ice cream cones and it is quite easy to find as it is almost everywhere from the open market to outside schools and there are also main plazas. This creamy dessert’s name translates to little foam and it is made from a mixture of meringue pie and lemon mixed with guava pulp. Usually, the sugar is balanced out by the blackberry syrup which is added before serving the treat.

This happens to be one of the weird dishes that comes from the country and this dessert certainly has a distinct flair which makes it distinct from other sweets in the country. If you happen to love cheese, you will have a great appreciation for what this delectable treat has to offer. This sweet tart gel is a bit thick and it is formed by pureeing boiled guava with water and sugar. This is served with white cheese that is semi hard or a piece of cracker.

This sweet stuff dates back to Peru’s colonial days and it is a combination between a pumpkin pie, a spice cake and a beignet.. This treat is actually a combination of one type of sweet potato known as camote and a squash type known as macre. From this combination, anise, sugar, flour and yeast is added until a silky puree is formed into the shape of a doughnut. After deep frying, the sweet is drizzled with chopped raw sugar known as chancaca.

South America is certainly a cool place when you are interested in enjoying sweets to your heart’s content. Latin America has its own version of sweet treats that will surely tickle your taste buds. There are actually more desserts to sample while in this part of the world.

*Image of Alfajores via Shutterstock

*Image of Goiabada via Shutterstock