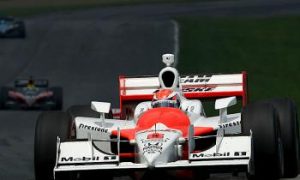 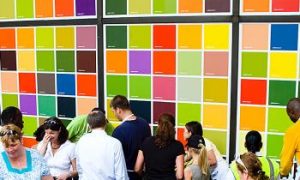 A Dose of Color for the City
0 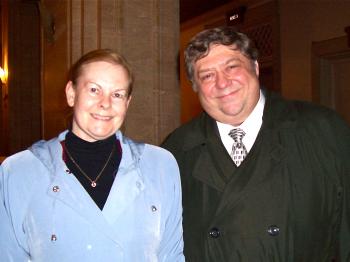 By Epoch Times Staff
Print
CHICAGO—Friday night at the Civic Opera House, Shen Yun Performing Arts New York Company delivered a spectacular performance that impressed both amateurs and professionals. Lawyer Michael Poulos, who is also a musician, who composes, conducts, and plays trumpet said, "It was very inspiring. I thought it was beautifully written and beautifully scored. The composers have a great facility with the orchestra, which I enjoyed, and is hard to find."

Being a musician himself, the musical aspect of the show was something he took particular note of. "The music carried a lot of emotional content and that is of course the point." He explained, "If you can say it in words you don’t need the music. And, here the music carried the story as did the dances in a way you can’t get from reading the program notes.

"It’s hard to single out one part of it because it’s an artistic whole," he added. "The people who put this show together didn’t envision it as this little part or that little part, but as all the individual parts contributing to the overall experience, and that’s what makes it such as amazing performance."

"The orchestra was very well together and seemed to be following the conductor well. But they also had a very nice, rich sound. They were extremely precise and yet emotional, that is very hard to obtain," Mr. Poulos stated.

"When you’re trying to perform as a musician and as a conductor trying to coordinate what’s going on on stage, that is extraordinarily difficult and yet they were right there," he pointed out. "Any great opera conductor from anywhere in the world could not have done a better job."

His wife, Susanne, a legal secretary and musician, who sings and plays keyboard, exclaimed, "I enjoyed the choreography, costuming, the storylines, and of course the performance in general was excellent. It was teamwork."

"It was very well done. Everybody had their part down. The singers were excellent, too. I enjoyed them. They had an excellent range," she added.

"And, most people have no idea what goes on behind the scenes, including how long it takes to prepare, and the show’s preparation," Ms. Poulos said.