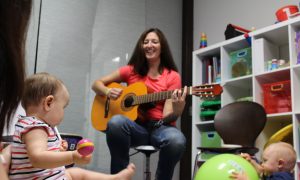 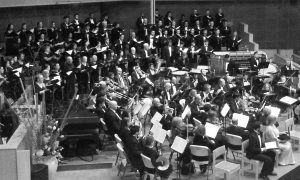 Bringing the World Closer Together With Choral Singing
0 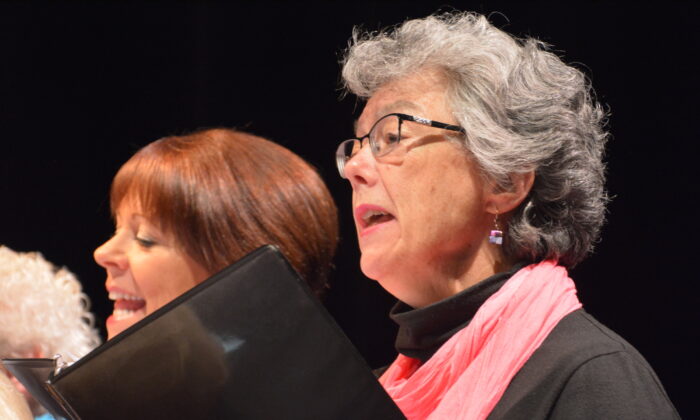 Sandra Quinn has been singing at Encore since 2014. (Courtesy of Encore Creativity for Older Adults)
Family & Home

Encore Creativity for Older Adults, a choral organization, is providing seniors 55 and older with a creative outlet and the opportunity to make new friends.

Since live rehearsals have been canceled since March 12, 2020, Encore is offering a virtual summer course called Encore University, which will feature rehearsals as well as a variety of music classes. The show must go on, as they say.

Encore prides itself on its accessibility. No auditions are needed, and the ability to read music is not necessary.

In 2001, Kelly, who has over 40 years of professional vocal experience, was hired to be the conductor in a study on creativity and aging. The purpose of this part of the study, which was funded by the National Endowment for the Arts and the National Institutes of Health, was to observe the physical and psychological effects of singing on older adults.

For the study, health professionals interviewed older adults before and after they started singing for a year. Researchers discovered that after the first year of the study, the participants’ overall health had improved. They took less medications, they had fewer hospitalizations, fewer doctors’ visits, higher morale, and less depression. In addition, singing provided valuable exercise for an aging pair of lungs.

The study continued for another two years, and the researchers kept adding participants. That’s when Kelly decided she wanted to continue to work with older adults for the rest of her career. She had been a professional classical singer herself and had taught singing to older adults before.

As a result, Kelly started the nonprofit organization Encore Creativity for Older Adults. In the beginning, Encore had three traditional choruses, but it rapidly grew to become the country’s largest choral organization for adults age 55 and over. Now, there are about 1,400 singers in Maryland, Virginia, Washington D.C., and New York. There are now 22 different choruses, including six rock n’ roll choruses, a chorus focused on the Great American Songbook, and a chorus for those with Alzheimer’s and other types of dementia. The program has a 15-week semester structure where each choir rehearses for one and a half hours per week, followed by a live community concert at the end of the semester. All of the concerts are free.

“It gives the singers a chance to show the public that older adults can really sing. They can put on a great concert,” Kelly said.

Sandra Quinn from College Park, Maryland, is just one of the many singers at Encore. Quinn, 68, is a professor at the University of Maryland and is the chair of the department of family science at the school of public health. Quinn signed up in 2014 after seeing an announcement at the Smithsonian and has not missed a semester since. She had a passion for singing before Encore, but hadn’t sung with a group since high school.

“In any given group there will be people who have been singing a long time, there will people who read music well, and there will be total novices. Somehow, they move us in that 15-week period to where we need to go,” Quinn said.

Quinn’s experience at Encore has allowed her to forge new friendships and has given her the opportunity to interact with people she might not otherwise encounter.

“We socialize under normal circumstances, and it’s not just one group. I have a couple of different kinds of groups that I socialize with,” Quinn said. “It has bolstered my social network even outside the rehearsal hall.”

Quinn said each week she leaves rehearsals happier and more relaxed. They have helped her live in the moment, given her a sense of camaraderie, and made her more confident. She is also constantly learning.

“When I would walk out of rehearsal, I felt so energized. I felt like a new woman,” Quinn said.

On March 12, 2020, as a result of the pandemic, Encore had to stop all of its live rehearsals and eventually moved its rehearsals online via Zoom.

Kelly received numerous emails from singers saying how the virtual rehearsals helped them during the pandemic, especially the older adults who live alone.

Normally singers would attend one of Encore’s sleep-away summer programs, but since this was not a possibility anymore, Kelly was determined to do something. The organization is now offering a virtual Encore University Summer School, which is open to all adults 55 and older. The summer school is six weeks long, and classes and rehearsals will be held via Zoom.

The courses include “Musical Masterworks,” “Vocal Techniques,” and “This Is Your Brain on Music.” The summer school costs $50 and includes all of the classes. Almost 600 singers have signed up for the summer school so far. The deadline to sign up is July 3, 2020, at EncoreCreativity.org/programs/summer-programs.