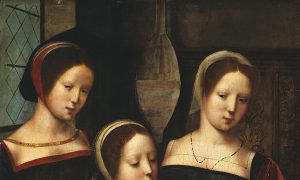 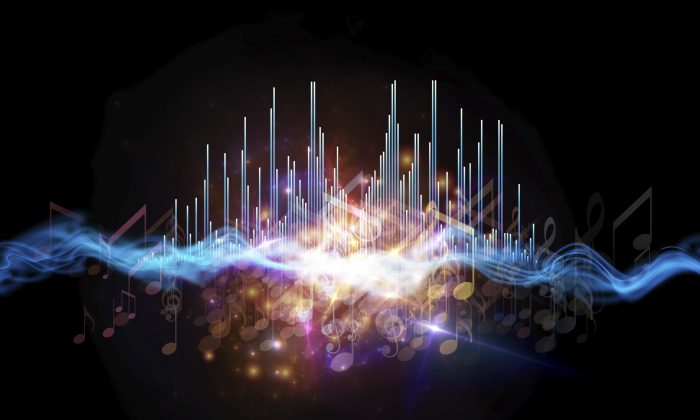 Musical meaning is tantalizing and elusive. For most of us, music has the power to reach us profoundly and directly. The temptation is to speak of music as a language: The notion of music as a kind of “language of the emotions” is pervasive, centuries old, and nowadays has some limited empirical experimental support.

Most theoretical work now done on musical semiotics treats music as just another flavor of discourse, another language of signs; albeit one with its own special characteristics.

But this runs against an age-old notion: that music is a natural law. The medieval concept of “music of the spheres” held that the movement of the celestial bodies—what we now describe as astrophysics—was, at root, musical: The planets move in the heavens according to principles of harmony and resonance, with a set of common Pythagorean ratios governing both music and cosmology.

Indeed, we music academics are rather nostalgic for the time (in medieval universities) in which music was considered one of the four core disciplines alongside astronomy, geometry, and arithmetic, and we held pride of place above the three lesser (hence “trivial”) language-based disciplines of logic, grammar, and rhetoric.

Physics permeates the language we use to describe music, and the concepts we use to understand it. For instance we talk about “high” and “low” musical pitch, perhaps without realizing how deeply metaphorical this is.

Music was considered one of the four core disciplines alongside astronomy, geometry, and arithmetic.

There is no altitude to musical pitch: “High” pitches are caused by faster vibrations than “low” pitches. But we don’t talk about “fast” and “slow” music with reference to pitch. (We use those metaphors for something else entirely.)

And yet, the notion of musical altitude makes sense if we think about the energy states of the music. If, as in the excerpt below from Puccini’s opera “Tosca,” we listen to a soprano sustain a top B flat (as at 2:40 into the recording below), we are aware that she is sustaining a high-energy state, which must eventually relax.

The pitch seems invested with the kinetic energy required to produce it. (Of course, in Tosca’s case she has a literal encounter with the force of gravity, but that’s quite another story.)

Singers, wind, and brass players expend energy to reach “altitude,” while string players, keyboardists, guitarists, and all the rest work no harder for the high notes than the low.

Yet, perhaps because of the centrality of the human voice to all music, this idea of fighting against musical “gravity” is ubiquitous, whether in a Paganini violin concerto or a Jimi Hendrix guitar solo. In music, as in physics, what goes up must come down.

And it doesn’t come down just anywhere. Most systems of musical organization have a fixed point of reference—a pitch that functions as an attractor, pulling the music toward it.

In Western music, we call this the “tonic,” and most people, regardless of their level of formal musical training, can hear and sing the note to which the music is “pulling.” This idea of gravitational or magnetic attraction to a pitch was arguably the single most important characteristic of Western music between 1600 and 1900, and much music thereafter.

This may be a characteristic of Western music, but in other cultures’ musics, the idea of a point of attraction is often even more powerful, as in the example below from Classical Indian music.

Not all music has a tonic, a fixed point of reference—in 1908 in Vienna, Arnold Schoenberg famously departed from the principle with the “atonal” concluding movement of his second string quartet, thereby heralding a new and controversial musical age.

By coincidence, three years earlier, across the border in Switzerland, Albert Einstein had thrown the world of physics into disarray by similarly demolishing the idea of a fixed point of reference, in a paper on electromagnetism that described what later would become known as the Special Theory of Relativity.

It’s worth observing that language has nothing resembling this notion of gravity or attraction: To understand this principle in music, the metaphors must come from physics.

There are other concepts that bridge the disciplines in the same way. Balance and symmetry are also ideas that are fundamental to musical structure, and that seem to have more of a physical than a linguistic origin.

In classical music, perhaps the most common phrase structure is often described informally (and somewhat puzzlingly, to me) as “question and answer”—or more formally, as “antecedent–consequent“—two phrases that complement each other structurally, as in two phrases that make up just the opening eight seconds of Mozart’s Sonata in C KV545 (below).

There’s no question that rhetoric plays a role in shaping the way in which these two phrases echo each other. But on a structural level, there is an identity that seems almost mathematical in nature.

The two phrases are in balance: Their (gentle) energies are complementary; their shapes are an image of each other; they are like two sides of an equation.

For me, the most important parallels between music and physics happen on a more philosophical level.

The late musicologist Jonathan Kramer started his book “The Time of Music” with the observation that small children play with blocks and toys to learn the fundamental concepts of space; by contrast, by singing and clapping, they play with music to learn about time.

There is something profound about the way in which music can accelerate, retard, bend, and color our sense of time’s passing. We can sit in a concert hall or opera theater for an hour and hear 90 different people make thousands of noises on bits of wood, metal, and flesh, and yet walk away with the impression we have heard one thing—a symphony, or an opera.

Music joins up time, and allows us to hear time as patterned and organized. These patterns allow us to predict the future—we listen in anticipation: that a melody will come to rest, or a harmony will move in ways that make sense to us, wordlessly.

Music is also a powerful stimulus of memory—overhearing a piece of remembered music can instantly rekindle long-forgotten memories.

The most important parallels between music and physics happen on a philosophical level.

It is much easier for most of us to memorize a song (words and all) than it is to memorize a poem. Music is a tool for grasping the order and sense between what has happened in the past, what is happening now, and what will happen in the future.

And to me, that sounds suspiciously like a definition of physics.

Sadly, there is one last way in which music and physics are currently bedfellows. Worldwide, both disciplines are under threat at universities. In America and the U.K., several physics departments have closed or are in danger.

And the provision and quality of music and physics education in our secondary schools, crucial to support and enable undergraduate study, are always competing with the demands for more and more literacy and numeracy in the curriculum.

There is not yet a crisis—at least, not at the high end: It remains, at least for the moment, sexy enough in policy terms to fund the elite practitioners.

The select few physics virtuosi who will discover whatever comes after the Higgs boson, or their musical equivalents who will perform the “Queen of the Night” aria at the Sydney Opera house or Covent Garden, still capture both the public imagination and the public purse.

But the opportunities for students to study fundamental and abstract ideas—such as music and physics—as part of a liberal arts education that supports a civilized and educated society are becoming fewer and fewer.

Jonathan Powles is director of teaching and learning at the University of Canberra in Australia. This article, edited with permission, was originally published on The Conversation.