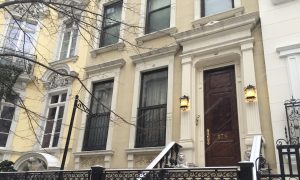 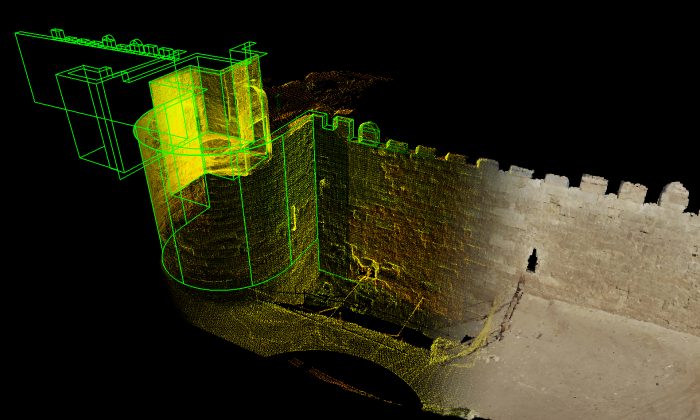 Cultural institutions are steeped in history and tradition, but they are also uniquely placed to take advantage of some of the latest technology. Drones, 3-D printing, and augmented reality apps are just some of the tools being used to construct “virtual museum” experiences for real and digital visitors. While these technologies open up new and exciting possibilities for curators, they also provoke resistance around the issues of authenticity, ownership, and value.

There are currently a number of projects under way that explore how historically or culturally significant sites and objects can be presented using digital means. For instance, museums around the world are investigating the possibilities offered by 3-D printers to extend and further examine their collections in a form where detail can be magnified and destruction is far less consequential.

Meanwhile, the EU’s Digiart project will be using drones to “capture” inaccessible cultural artifacts, before creating advanced 3-D representations of them. And Cyark is creating a free online 3-D library of the world’s cultural heritage sites, using a combination of lasers and computer modeling.

According to Digiart, one result of this might be an “Internet of Historical Things”: one where immersive 3-D story worlds become a genuine possibility for historical encounters.

The Smithsonian offers an online Panoramic Virtual Tour, as do the Louvre and the V&A Museum of Childhood. Augmented reality applications are a feature of many sites of archaeological significance.

It is not uncommon to find museums rendered in Minecraft, lovingly built brick by brick by an invisible crowd of tech-savvy fans, as in the British Museum’s Museumcraft, or the shortlisted IK prize entry Tatecraft. Digital media is also impacting the analog museum experience profoundly, perhaps most playfully evidenced in the world’s first selfie museum, Life in Island, where, unlike some cultural venues, selfie sticks are welcome.

One question to consider is whether the extension of this activity into the realm of play and the imagination alienates us further from the authentic “aura” of the original, undermining it, devaluing it, or perhaps even exposing its limitations. The rhetoric of authenticity has traditionally been key to the way heritage experiences are packaged and sold to us. Yet “authenticity” is not an objective value—it is always ascribed to (say) an object or a work of art, by some authority.

Museums often recognize this—and have engaged in active exploration of the limits of the authentic. The Museum of Art Fakes in Germany is a prime example, as is the recent Museum of Lies initiative from Incidental and Amgueddfa Cymru–National Museum Wales. Museums have begun to embrace the possibilities of “remix culture,” offering high-resolution artworks (for example) for re-use and circulation. The Rijksmuseum’s Rijksstudio is a beautifully crafted example of how this can work in practice. In my own research, I tend to find the public demonstrates more conservative attitudes than the conservators to such developments.

But these are not really new developments. People have been talking about virtual museums for many years as ways of allowing visitors access to sites and experiences that would not otherwise be available to them. What is remarkable is how far we have come from the clunky interactivity offered in those early attempts, and the number of ways that online and on-site experiences have begun to blur.

Exploring the line between fact and fiction has an appeal for institutions that have historically been caught up in discussions about origins, preservation, and—more recently—restitution. Being able to test new forms of reality raises fascinating and far-reaching issues—which museums and galleries are not shying away from.

For instance, there are a host of ethical concerns around recreation and representation. These developments open up new avenues for debate about the restitution of cultural artifacts: If I can 3-D print the Elgin Marbles or build them in Minecraft, does that complicate the discussion about their ownership, or make it more straightforward?

Footage shot by drones in Syria has given us unprecedented access to, and evidence of, the destruction of cultural heritage in those parts.

Throughout 2015, the wars in Ukraine, Syria, and Iraq have continued to claim lives and displace millions. Alongside the shocking human toll of these conflicts, there is a growing concern about the cultural losses being inflicted on these ancient civilizations. Footage shot by drones in Syria has given us unprecedented access to, and evidence of, the destruction of cultural heritage in those parts. UNESCO has launched an emergency initiative to safeguard Syrian cultural heritage.

Michael Danti of the Syrian Heritage Initiative at the American Schools of Oriental Research has said that these developments are “the worst cultural heritage emergency since World War II.” Tourism cannot take the same form again in countries that have seen that level of devastation. Here we see how technologies can be used not only to document the making—and unmaking—of heritage but also to rebuild it, both materially and in the imagination.

Jenny Kidd is a lecturer in media and cultural studies at Cardiff University in the U.K. This article was previously published on TheConversation.com