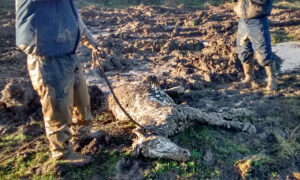 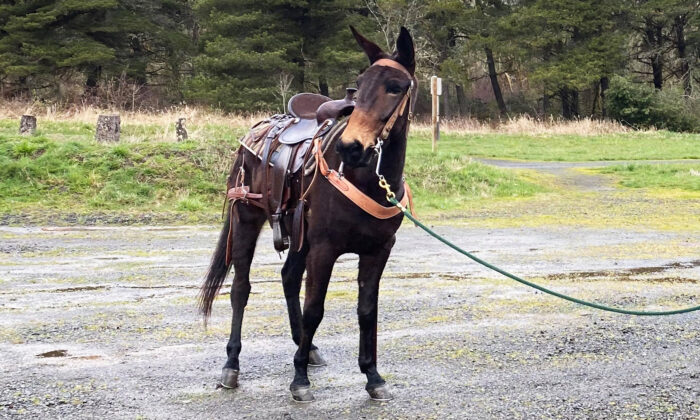 A 6-year-old mule is being hailed a hero after leading two hikers to his owner who had fallen off during a trail ride and was injured as a result.

Hickory’s 60-year-old owner, who prefers to stay anonymous, was on a trail ride at Clackamas County state park, Estacada, Oregon, on March 28, when he fell off the mule and was hurt, Oregon Live reported.

However, the faithful mule wasn’t about to leave his owner unattended; he instead took off down the trail until he found two hikers.

Doug Calvert was hiking with his wife when Hickory encountered them. The mule was then determined to lead them to his owner.

“It kept stopping and looking back to make sure we were following it,” said Calvert. “So we started going faster, and it picked up speed. Eventually we got within view of the gentleman who had fallen.”

“He seemed very determined to get us to follow him,” Calvert added.

The hikers sprang into action and began to help the mule’s owner, calling the park ranger’s office and 911. All the while, Hickory stayed at a distance and then wandered off into the forest.

Calvert wasn’t able to determine the reason why the man fell off the mule, but told the news outlet that the middle-aged man was in a state of mild shock until medics arrived.

Meanwhile, local equestrian groups had been on the lookout for Hickory since the afternoon he went missing. Social media posts began circulating that day to help locate the missing mule.

The next day, local respiratory therapist Toni Palmateer caught wind of the missing mule’s story and wanted to help. After soliciting the help of her daughter, Winter, the mother-daughter duo set out to find the missing mule.

“My daughter did miss her first period class, but it was great for her to get to be a part of something more important,” Toni told the publication. “Hopefully they’ll excuse her absence.”

At 7 a.m., when they entered the park, a passerby informed them of a distressed mule farther up the trail.

The pair then headed in the direction of the missing mule. They were able to track down the faithful animal, roughly half a mile away.

Hickory was tangled in his own reins and seemed to be trying to make his way back to the trailer, but was unable to move.

“The minute we got there and got the reins untangled, he put his head down and he just followed us in a very relaxed way,” said Toni. “He was very gentle.”

Toni and Winter led the tired mule back to the trail, where they encountered Hickory’s owner’s neighbor and friend, Sandy Leicht, who said she knew the injured man and the mule.

Leicht offered to take the mule back home. She later reported that he was doing fine after his night alone in the forest. His owner is also recovering well, she said.

As for Toni, she was really pleased that she and her daughter could be a part of a community that helped find the missing mule.