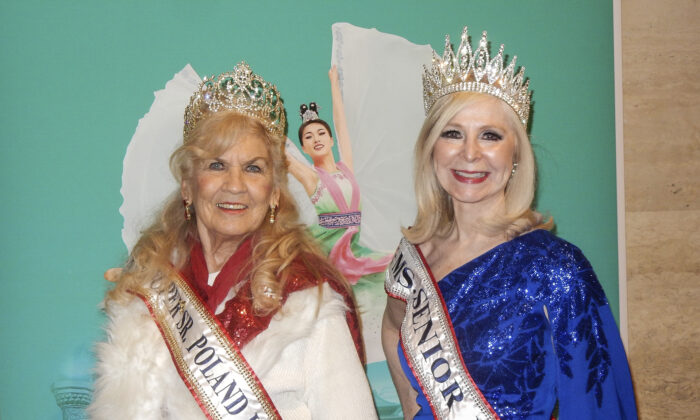 NEW YORK—Cherie Kidd, Ms. Senior USA and former mayor of Port Angeles, Washington, came to New York City for a visit to United Nations, but rounded out her visit with a trip to Lincoln Center to see Shen Yun Performing Arts.

“It was magical, just magical, superb,” Kidd said after the performance on the evening of March 6, 2020. She attended the performance with artist Charlotte Ambrose, who represented Poland, the USA in the same pageant, and Ms. Senior USA organizer James Kimsey.

Kidd had heard about Shen Yun from many friends, and when she saw for herself the New York-based dance company, it took her breath away.

The feeling Shen Yun left her with was easily summed up: “Perfection.”

“Everyone was perfect,” she said.

Shen Yun’s mission is to revive traditional Chinese culture, which is said to be divinely inspired. Since 2006, the company has toured around the globe and now brings the production to 150 cities each season.

“We loved every moment and I highly recommend it to families, and everyone will love this show, it’s very special,” Kidd said.

For Ambrose, the performance was a dream, and satisfying in both an aesthetic and spiritual sense.

“My eyes are so saturated with colors,” said Ambrose, who was soaking up inspiration for her own work. “It was just a colossal dream of color—an explosion!”

“The technical illusions were so wonderful to experience. They’re just fantastic, in a dream-like but also very moving, about heaven and earth, and the chaos in the world sometimes, and divine faith in the Lord,” Ambrose said. “So it was a very moving message.”