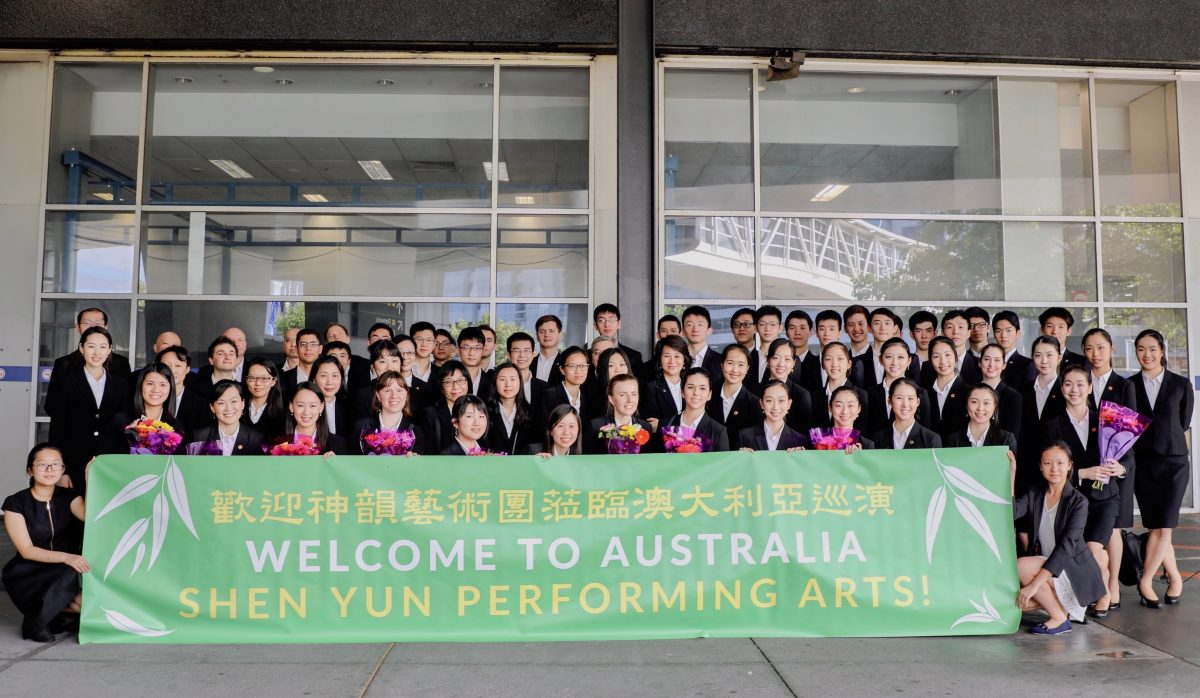 MPs Say: Come, Be Inspired at Shen Yun in Melbourne

Emma Hasar, federal member for Lindsay, in her welcome greeting said, “It is my great pleasure to welcome Shen Yun to Australia and congratulate them on their prevailing efforts to showcase the magnificence of Chinese history and culture. I hope that all Australians will be inspired and will delight in the lavish production and inspirational stories.”

Shen Yun has six companies of equal size currently travelling simultaneously across Europe, Asia, and North America, performing in more than 130 cities. As part of the Asia Pacific leg of the tour, the World Company has arrived Down Under, in the city of Melbourne, leading the way with an opening performance this Friday evening, Feb. 8, at Melbourne’s majestic Regent Theatre.

According to the Shen Yun website, each company comprises of 80 highly skilled members that include artists trained in classical Chinese dance and traditional ethnic dance, vocalists who sing in bel canto style, solo musicians, and a full orchestral ensemble which creates a unique East and West musical composition.

This Asia Pacific tour of Australia will be the 13th since Shen Yun’s inception in 2006. During Shen Yun’s previous performances in Melbourne, Jason Grech, an award-winning fashion designer, said he felt inspired by the visual beauty of Shen Yun.

“The color and the level of drama in the costumes is inspiring, I would have certainly loved to have a closer look at the costumes and details,” Grech said.

He said he would recommend that everyone see Shen Yun: “Come and watch it. Listen to the story and be inspired.”

To dancers and dance lovers in Melbourne and Australia, Heathcote said, “I would recommend to come and enjoy this performance of Shen Yun. It’s a cultural experience of which I’ve not seen before and I think this production has a lot to offer to the audience of Australia.”

This year, an all-new 2019 program promises to be bigger and better than previous years, with a line-up of mini-dramas designed to surprise, excite, intrigue, but mostly to inspire. And the performance isn’t all serious—bilingual emcees introduce each story-dance injecting a little humor as they go.

And for the first time, the Regent Theatre has scheduled ten shows, Feb. 8 to 17, with the four weekend matinee shows having “limited seats” left as of time of publication.

The company then continues its tour to Western Australia, Perth, then heading east to sunny Queensland and Brisbane. Next, over the water to New Zealand’s Aotea Centre, ASB Theatre, and returning to Sydney’s Lyric Theatre.

The final stop is at the Gold Coast, where Coral Drouyn, a theatre critic, saw Shen Yun last season and said, “The color palette of the costumes was absolutely to die for.”

“Everything about it was moving, it was spiritually uplifting, the music was wonderful. The CGI (computer-generated imagery) and AV (audio visual) presentation is just brilliant,” Drouyn said. “It’s a once in a lifetime experience and you must not miss it!”

With reporting by Raiatea Tahana-Reese.