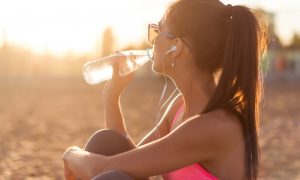 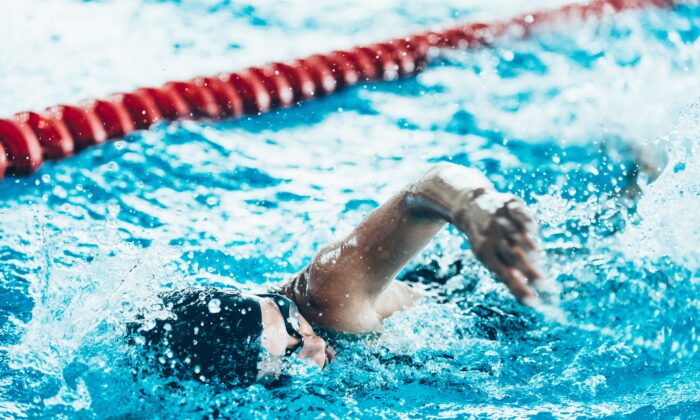 Your mind and body are inseparable. Each affects the other. (Microgen/Shutterstock)
Mind & Body

Moving the Body to Ease the Mind

Drugs treat the brain, but the body offers its own biochemical treatments
By Conan Milner

We exercise for a variety of reasons. Some want a healthier heart. Others work out as a way to build strength, endurance, and coordination. Still, others are motivated by image, and a desire to sculpt a fitter-looking figure.

All of these pursuits have a physical goal. But for some people, exercise is more of a mental thing. For this group, the primary drive for regular movement is mood enhancement.

It’s the motivating factor for psychologist Cynthia Halow. She first noticed the unexpected mental benefits of exercise out of frustration. It was during a difficult time in her life when a certain concern weighed heavily on her mind.

“To make matters worse, I had plenty of free time to worry about it and panic,” Halow said. “Out of rage, I stormed out and went for a walk one day. I felt so calm and refreshed afterward.”

Since that day, Halow has taken twice daily walks, one in the morning and another in the evening. Thanks to her routine, she’s never felt better.

“It worked like a charm for me. I had enough time to think clearly and see my life from a new perspective. I became more grateful and less bitter,” she said.

Eric Chow, chief consultant at a public relations firm, said he has used exercise throughout his life as a tool to combat stress.

“Martial arts in particular helped my mental health significantly,” Chow said. “At a time in my life where my peers were stressing out for one reason or another, I always felt that going to the dojo was my answer to stress.”

Soon after Chow stopped training, however, his mood took a nosedive. Several factors contributed to his emotional downturn, but Chow said lacking a physical outlet to express his psychological turmoil made it much harder to bear.

“To this day, that remains the lowest my mental health has ever been,” he said.

Experimenting with various exercise routines on and off over the years, and observing his emotional equilibrium in the process, Chow has come to see a consistent pattern: He feels better when he moves and worse when he doesn’t.

The most recent example came last year. Like many, Chow was cooped up and became more sedentary. Depression crept back into his life. Then he began working with a personal trainer a few months ago and his dark mood lifted.

“I’ve found it to be such an important anchor to my day,” he said.

Unless you’ve personally experienced the mood-enhancing benefits of physical exercise, you may be tempted to dismiss that such an effect genuinely exists. But a new report compiles more than 1,100 studies revealing that regular physical exercise has a profound impact on the mind. The science shows that mental challenges such as anxiety and depression can be effectively minimized by working the body.

The report comes from the John W. Brick Foundation, an organization that promotes evidence-based lifestyle approaches toward better mental health.

Researcher, clinical psychologist, and executive director of the Brick Foundation, Dr. Cassandra Vieten, hopes the report gives people a good sense that they have a safe, effective, and virtually free option at their disposal to address common mental health concerns.

“We want patients to know it’s not just psychotherapy, medication, and hospitalization. Although we do support those things when needed, there are dozens of things you can do to boost your mental well-being,” Vieten said. “Exercise is one of them, and there is strong evidence to support it.”

So just how does moving your body influence your mental state? Scientists have found several chemicals in the brain and body that activate when we exercise. One is called brain-derived neurotropic factor, or BDNF.

“As people exercise it increases. As it increases it enhances neurogenesis and neuroconnection,” Vieten explained. “BDNF is also a predictor of anxiety and depression, and lower BDNF is associated with mental illness. Higher BDNF is associated with exercise, so we have at least a strong hypothesis that this is one pathway through which it’s working.”

Including BDNF, scientists have found at least eight other potential pathways where exercise increases a certain hormone or decreases a particular enzyme in a way that benefits brain function.

Vieten mentions one hypothesis that posits that positive stress builds something called psychological resilience—it’s that feeling of self-empowerment when you realize that you’re stronger than you initially thought. It occurs in exercise that pushes you just beyond your comfort zone.

“Think of a yoga class where you hit that point where you say you can’t do this, but you do it anyway. Or you’ve got five minutes left on the treadmill and you push through. Those moments that we call positive stress actually build your psychological resilience. So when you’re in a difficult situation in your life, you think: ‘Oh, I can make it through this. I can wait five more minutes. I can hold this pose without having to collapse or react.'”

In addition to empowering patients, Vieten also hopes therapists take note of what moving the body can do for people struggling with psychological pressures. Because, even for professionals, the idea can seem rather strange. Despite three decades of evidence presented in the report, Vieten said most clinicians still aren’t likely to recommend exercise as a means to address their patients’ mental health issues.

One major reason is that it’s just not on their radar. Therapists receive no training in this approach, and the concept may also conflict with their ideology. Vieten said that doctors of the mind typically don’t see the body as their territory. In a world where too many health care providers are stuck in outdated science that viewed mind and body as separate entities, so-called advanced treatments for psychological issues focus exclusively on brain-centric markers like neurotransmitter levels. It’s why therapy appointments often rely primarily on prescriptions as a strategy to shift a patient’s brain to a desired state.

“That’s the model,” Vieten said. “How targeted can we make it to whatever brain imbalance is proposed to be happening? But a lot of times those brain imbalances are not the cause, they’re a reflection of an overall imbalance.”

It’s only been a few hundred years since science conceived of the mind-body split so prevalent today. Before then, ancient accounts show that doctors understood that exercise was beneficial, not just for the body, but for lifting the spirits as well.

Of course, a growing number of therapists now recognize that the connection between mind and body goes much deeper than we once believed. Movement therapist Erica Hornthal, for example, helps people struggling with psychological trauma by getting them to process the emotions physically.

“When we process feelings and emotions that are in the body, it actually frees the mind,” Hornthal said. “Emotions are really everywhere. They’re not just a construct in our head. They’re embodied. There’s research suggesting that molecules directly correlated to emotion exist all throughout the body.”

So how much movement do we need to feel better? According to the research in the Brick Foundation report, depression is best served by 3 to 5 moderate to high-intensity exercise sessions per week of between 30 to 45 minutes. Video examples for mood-boosting workouts can be found on the Brick Foundation website. However, both Vieten and Hornthal urge people just starting out to go slow.

“Some people at the beginning need to do this for short periods of time and work up to that,” Vieten said. “If they try a 30- to 45-minute session right away, they’ll say, ‘Oh my god, I hate this so much.’ And they don’t do it again.”

Everyone wants a quick fix, but making the shift from despondent couch potato to a happy, active individual can come with hurdles. After all, we live in a world where anxiety and depression are on the rise, most of us lead increasingly sedentary lives. Some people may start out feeling too depressed to move, or in too much pain to muster the motivation.

“For people who are suffering from severe anxiety and depression, it’s a victory sometimes just to make it to the mailbox,” Vieten said.

Vieten said people with depression suffer a vicious cycle: They get depressed and retreat from life, exercising less, eating more poorly, and withdrawing from friendships.

“And as you do that, it makes the depression worse.”

What types of movements foster happiness? It all depends on you. Different exercises work better for different people at different times in their lives. But picking the right movement makes a big difference. According to Hornthal, movement alone doesn’t facilitate mental health. She said it’s more a question of how you move, not just how much.

“It’s about not just looking at the exercise itself, but what is happening to me as I engage in those exercises.”

Hornthal suggests asking yourself if the movements you engage in perpetuate your stress response or relax it.

For example, running may leave some people feeling stressed, despite the physical exertion. Swimming, however, may provide similar exertion but leave a person feeling calm afterward.

The Brick Foundation report details a variety of exercises shown to help specific mental health issues, from biking, to swimming, to high-intensity interval training, to weight resistance. But both Hornthal and Vieten say that finding a movement that really fits can take some trial and error, and your own intuitive judgment.

“You can say: ‘Oh, I have anxiety. It would be good for me to do some aerobic exercise.’ But in some people, moderate to vigorous movements can result in higher anxiety, because people either worry that they’re not going to do it right, or right after they exercise they actually have an increase in agitation,” Vieten said.

Hornthal said when we move more, we feel more, so it may be mentally necessary to go slow, even if you think you can handle it physically. Start off with 10- to 15-minute sessions, and see how it goes. If you start to get overwhelmed, back off and give yourself a break. After you stabilize, try the movement again. Make this habit of checking in with yourself periodically part of the activity.

“When we exercise, it can be a very out-of-body experience,” Hornthal said. “We do it because we know it’s healthy, but we’re doing it with headphones or watching a screen. We’re not necessarily checking in with our bodies when we’re engaging in physical activity. You can’t do it mindlessly.”

For those struggling to achieve mindfulness, Vieten recommends slow, meditative movements found in exercises like tai chi and qigong. But she said, whatever movement you pick, you’re more likely to stick with something that feels right.

“Find the movement that works for you so you can make it a life-long pattern,” she said.