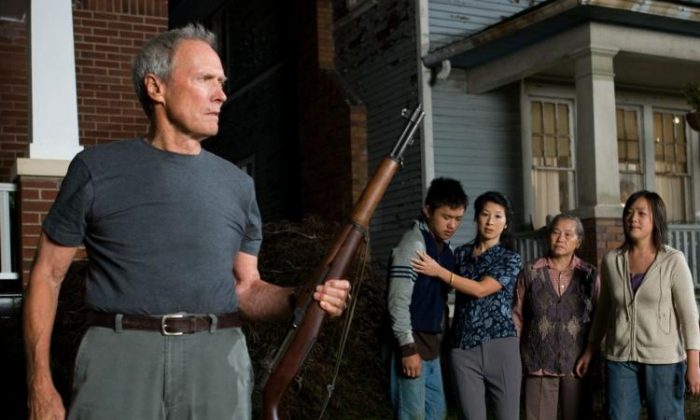 Some films can help young men learn about wisdom, honor, and courage
By Jeff Minick

Becoming a man can be tough these days.

Manhood doesn’t occur by accident or by simply growing older. Boys model their behavior on others. The lucky ones have as their exemplars fathers, uncles, grandfathers, and mentors such as coaches or Scout leaders.

Yet sometimes those models are hard to come by. About 30 percent of American children grow up in single-parent households, 80 percent of which are headed by females. Fewer than 25 percent of teachers in our public schools are male, and that number drops precipitously for teachers in elementary schools. Some boys and young men lack even heroes from history, looking instead to superheroes or celebrities for inspiration.

To fail to teach our boys and young men how to become grownups brings consequences. Fewer males attend college these days than females, and that gap is widening. Males commit the vast majority of crimes in the United States, and males fill our prisons.

Many others remain adult adolescents. They can drink whiskey, find a job, and make babies, but they lack the sense of commitment and responsibility that comes with being a man. Like Peter Pan and his Lost Boys, they remain “betwixt-and-between” boyhood and manhood.

Strong men with big hearts are made, not born.

And movies can help make those men.

The idea that films might serve as guides for young men came to me about six years ago, when the media offered a flurry of stories about the ways in which we were failing to help our boys and male teenagers grow up. Former female students of mine returning from college affirmed that many of their male contemporaries lacked social skills and displayed more interest in electronic games than in university life.

Given the absence of male role models for many of these young men, I thought that books might serve as their mentors. As a teacher, however, I know that many boys read only when school requires them to do so.

That realization gave me pause.

Could not some movies provide models of manhood for teenagers and even for young men in their 20s and 30s? Even if such models—a father, a teacher, a boss—had served them well, might not movies reinforce those examples? What if someone guided them through films that taught wisdom, honor, and courage, that showed them how to win a woman’s heart, that displayed the ideals and virtues of manhood?

And so was born “Movies Make the Man: The Hollywood Guide to Life, Love, and Faith for Young Men.”

This book features some 60 motion pictures, films such as “Shenandoah,” “The Great Santini,” “Casablanca,” and “Hoosiers,” from which, if we study and discuss them, we can deepen manly virtues in the young. Included as well are movies like “Pride and Prejudice” and “Kate and Leopold,” which are studies in relationships between men and women, and films like “Chariots of Fire“ and “Signs,” which address spiritual matters. To help spark conversation, “Movies Make the Man” also includes a short “Prompts for Discussion.”

Let’s take a look at a few of these movies.

In “Secondhand Lions,” two wealthy, eccentric, and retired adventurers, Hub McCann (Robert Duvall) and Garth (Michael Caine), take into their Texas home their young nephew Walter (Haley Joel Osment). For Walter, deserted by his father and now abandoned by his mother, these crusty uncles become figures to emulate, men who abide by a code of honor.

Near the end of the film, Hub delivers part of the speech he gives to young men, explaining to Walter the meaning of truth and the way a real man lives by that truth:

“Sometimes, the things that may or may not be true are the things a man needs to believe in the most. That people are basically good; that honor, courage, and virtue mean everything; that power and money, money and power mean nothing; that good always triumphs over evil; and I want you to remember this, that love, true love never dies. You remember that, boy. You remember that. Doesn’t matter if it’s true or not. You see, a man should believe in those things, because those are the things worth believing in.”

“Gladiator” features some of these same themes. Here Maximus (Russell Crowe), a Roman general and a man of honor hated by the new emperor (Joaquin Phoenix), finds himself by a turn of fate both a slave and a gladiator. His owner, Proximus (Oliver Reed), regards the world as “shadows and dust,” whereas Maximus tells his troops, “What we do here echoes in eternity.” Here is the place to ask of our young viewers: Which philosophy will you choose? Which of these two systems of belief, standing in violent contrast to each other, will help make you more fully a man?

“Rocky Balboa” urges young men to take responsibility for their lives. The aging Rocky (Sylvester Stallone) wants one more shot as a boxer. His son reproaches Rocky, accusing him of overshadowing his own life and of making a fool of himself for returning to the ring. Rocky’s response is priceless:

“Let me tell you something you already know. The world ain’t all sunshine and rainbows. It’s a very mean and nasty place, and I don’t care how tough you are, it will beat you to your knees and keep you there permanently if you let it. You, me, or nobody is gonna hit as hard as life. But it ain’t about how hard you hit. It’s about how hard you can get hit and keep moving forward. How much you can take and keep moving forward. That’s how winning is done! Now if you know what you’re worth, then go out and get what you’re worth. But you gotta be willing to take the hits, and not pointing fingers saying you ain’t where you wanna be because of him, or her, or anybody! Cowards do that and that ain’t you! You’re better than that!”

Let’s wrap up these brief reviews with “Groundhog Day,” perhaps the finest movie ever made about a male adolescent adult. Forced to repeat Groundhog Day over and over again in Punxsutawney, Pennsylvania, a cynical weatherman, Phil (Bill Murray), eventually casts aside his egocentric drive for power and money, and changes himself into a new man, a man made whole by good deeds and right ambition.

In “The Curmudgeon’s Guide to Getting Ahead,” a book all young people should read, Charles Murray recommends seeing “Groundhog Day” repeatedly, calling it “a profound moral fable that deals with the most fundamental issues of virtue and happiness.”

One last thought: Whether you’re a single mom or a guy in your twenties who feels a little lost, whether you’re a father of teenage boys or a coach or teacher, I encourage you to gather together some young men for a monthly movie night. Serve up some pizza or popcorn, and share and discuss a movie. It’s inexpensive, easy, and fun.

Best of all, you’re helping yourself and others grow.