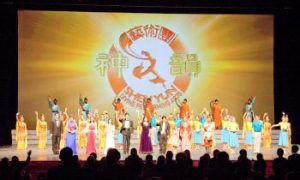 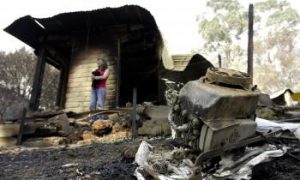 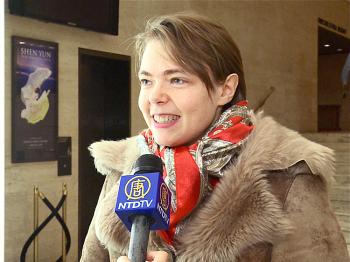 Julia Mineeva was very impressed by the way the presentation of Shen Yun Performing Arts was so balanced. (Courtesy of NTD Television)
Arts & Culture

Ms. Mineeva is a journalist for TransTerra media, and also works as a movie producer and in the finance industry. She was very impressed by the way the presentation of Shen Yun was so balanced.

“It’s excellent. … It's very beautiful, very colorful and all the compositions are arranged so perfectly with the right colors, with the right movements,” she said.

“I think this is very historical and traditional. You learn a lot about that it’s not just about art. It’s for learning and understanding the culture.”

Reflecting on the dance, The Little Mischievious Monks, in which the "young Buddhist monks engage in a little of their own training," according the the Shen Yun program, Ms. Mineeva said she was able to experience a taste of the world of child monks in ancient China.

Reflecting overall on the Shen Yun performance, she said: “I have a feeling of a curious person who is uncovering something new."

She found it visually delightful and it brought out a feeling of harmony and comfort, she said.

She particularly enjoyed the colors in the dance Plum Blossom. It was very refreshing as flowers represent life, and life is full of energy, said Ms. Mineeva.

In the Plum Blossom dance, plum blossoms come to life as female dancers use colorful fans to portray the flowers, as they appear in the cold to bring people hope that spring will soon arrive.

Ms. Mineeva was also impressed with the story-telling that touched on the issues of freedom of expression and belief in modern China. The stories that Shen Yun sets to dance are not only legends and portrayals of traditional China, but also those of contemporary people applying traditional Chinese virtues to overcome extreme adversity.

“People from all over the world, they can see what's going on,” she said.

Shen Yun Performing Arts New York Company will wrap up its two-week run at Lincoln Center on Sunday, Jan. 16, at a 3 p.m. performance, after which the company will travel to Schenectady, NY, to perform at Proctors Theatre on Jan. 19., and then continue its tour to perform at The Kennedy Center Opera House in Washington D.C., Jan. 26-30.